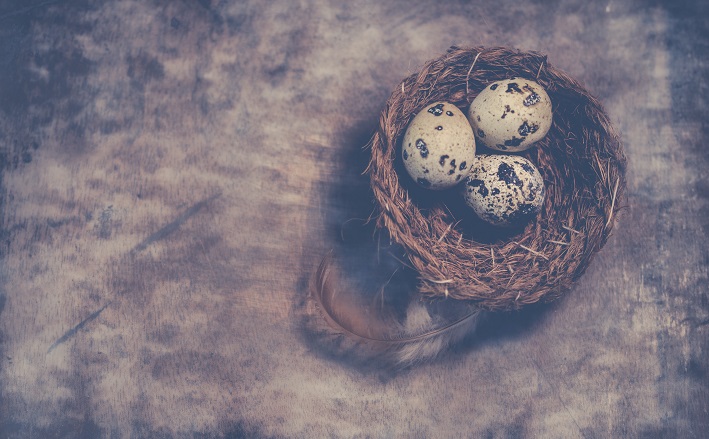 "[W]hen it is sown it grows up and becomes the greatest of all shrubs, and puts forth large branches, so that the birds of the air can make nests in its shade." (Public domain image; licensed under CC0)
June 17, 2018

More than Abraham who first had the vision of a people worshipping one God? More than Moses who led the nation across the Red Sea, through the wilderness, bringing liberation and freedom to the enslaved? More than Joshua who crossed the Jordan River bringing Israel into the (inhabited) Promised Land?

From first mention in Ruth 4:13 to last mention in Zechariah 13:1 David’s name appears more than a thousand times in the Old Testament/Hebrew Bible. In the New Testament, his name appears fifty-nine times in the Second Testament. Who is the man and why is it that his story, his writings, those attributed to him, and mention of him take up so much space in the biblical text? I am convinced that the answer to this question lies in the dire warning that God/Samuel gave Israel in 1 Samuel 8:1-22 regarding the inadvisability of monarchial leadership.

Through the pages of David’s story, the reader encounters full blast the blessings and difficulties, the victories and defeats, the best and worst of leadership. Saul’s reign before him ended tragically with Israel defeated and Saul and his sons dying in battle on the same day. Saul’s final self-inflicted wound compounded the tragedy. Furthermore, Samuel’s refusal to see Saul after he made the unlawful sacrifice, along with God’s rejection of and regret that he anointed Saul added insult to injury.

While Saul’s reign was preceded with a warning from God, David’s reign was preceded with God’s regret. This somber note is so brief it is often overlooked. David’s story begins with a note that God regretted making Saul king. The reader knows that God’s warning about kingship in general and regret over Saul in particular are ever present, ever silent in the background.

Only twice throughout the entire biblical corpus is there any mention of God regretting anything. Recall that in Genesis 6:6 God regrets creating humanity and sends a flood to restart humanity. Here in 1 Samuel 15:34, God regrets having anointed Saul. One can almost feel the sadness as God comes to terms with what God has done. Just as the flood was an attempt to start anew, so too was anointing David. As with Jesus years later, David’s anointing represented a new beginning for the nation Israel. It was a heavy weight to carry. Is it any wonder that David, no matter how magnificent, would also fail?

In 1 Samuel 16:7 God affirms what God said earlier in 1 Samuel 13:14. God’s qualifications were no longer external, height and good looks, but now the heart was sole qualifier for leadership. Granted, David was also good-looking, but that wasn’t the reason God chose him to lead the nation. Perhaps a good heart would prevent failure. Perhaps a good heart would preclude giving in to any temptation to abuse power. Perhaps a candidate (David) who already had a good heart was even better than God equipping a candidate (Saul) with a new heart.

While Saul considered himself the least, David’s family considered him the least. Much like failing to call someone to dinner, David’s family didn’t even think of him, let alone call him to the lineup to be considered for the kingship. The one that the family rejected became Israel’s king. While Saul objected to being anointed, David raises no objection whatsoever. While David’s family thought little of him and his time with the sheep, it seems that David’s time as a shepherd was just what was needed to prepare his heart. Kingship is something he was willing to embrace.

Even so, silently in the background, God’s warning still hangs in the air. The validity of God’s warning would be played out again and again. For starters, neither Saul the underachiever nor David the overachiever was exempt from the pressures of leadership.

The sad truth is that David’s good heart and his willingness to take on the responsibilities of kingship was not enough to protect him from the temptation to overstep his bounds. Despite saving the nation from Philistine domination by killing Goliath, despite all his military victories, despite recovery of the ark, despite organizing the nation and its worship, despite sparing the life of Saul and any potential rivals from Saul’s family, David was still vulnerable to the risk of abusing his power.

Abusing his power in his rape of/marriage to Bathsheba, conspiracy to kill her husband, relationships with many women, conducting a census, along with failure to discipline his son Amnon or speak up for his daughter Tamar2 when Amnon raped her, and unresolved conflict with his son Absalom are all part of David’s story. Leadership is a matter of the heart. Sadly, even David’s heart, failed him. Noting David’s willingness to repent or that he was a “man after God’s own heart” should neither negate nor nullify “the whole story, the rest of the story”3 regarding David’s life.

Ezekiel can proclaim God’s judgment in stark, forceful ways: “You have feared the sword; and I will bring the sword upon you, says the Lord God” (Ezekiel 11:8).

If given the chance to interrogate Paul directly on this passage, my side of the conversation would look something like this:
Print All Text Print All Commentary