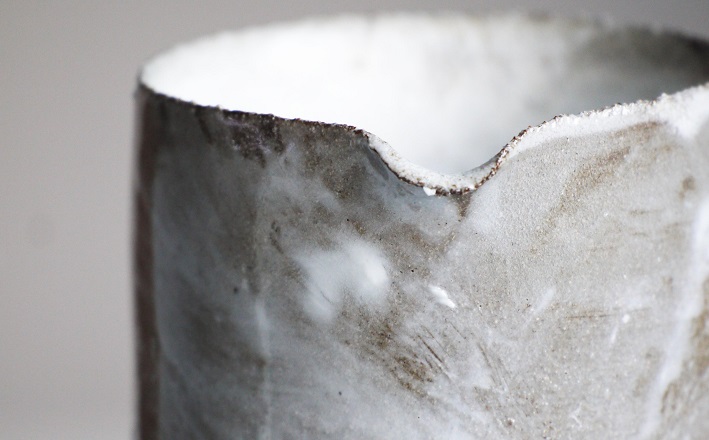 Then he poured water into a basin and began to wash the disciples' feet.  Photo by Tom Crew on Unsplash; licensed under CC0.
April 9, 2020

A meal out or at home, Thanksgiving and Christmas dinner, a potluck at church or at work can create memories that last forever. Celebrations for weddings, anniversaries, birthdays, graduation, and the like often include some type of shared meal. Commemorative meals help assure that communal memories pass from one generation to another. A repast following a funeral or memorial can ease aching hearts. An inmate’s last meal is a reminder that something has gone severely wrong in society, in someone’s life.

Israel’s bold movement toward freedom and Jesus’ anguished journey toward the cross are associated with a meal. These meals bear witness to the paradox that no matter how horrific, tragedy inherently holds the promise of something new. Both meals commemorate unimaginable pain and suffering. Both signal the beginning of something new. They are turning points in the lives of all who partake. For the original participants in these meals, life would never be the same.

Maundy Thursday is the fifth day of Holy Week, a week that recalls the events that lead to the death and resurrection of Jesus Christ. Remembrances often include the gradually extinguishing candles of Tenebrae to note just how dark and somber this night is. In less than 24 hours, Judas will betray Jesus and Jesus will die an unspeakably horrid death on the cross. If Good Friday is a tragic day, so too Maundy Thursday is as a foreboding witness of that awful day.

Centuries earlier, Passover carried the same sense of foreboding. The details of Passover left nothing to chance. Smear homes with blood of the sacrificed animal, roast and eat the meat, burn any leftover meat, be fully dressed and ready to go at twilight. No matter how much they longed for the familiarity of Egypt, there would be no going back. Even if they did go back, the ten plagues would have destroyed the Egypt they once knew. Today’s Passover celebrations include spilling drops of wine to remember that freedom came at the cost of Egyptian life.

I am reminded of the dreadful feeling that came over me that day in which we visited the Door of No Return in Elmina, Ghana. Knowing that this was the place from which millions of Africans were forced onto the cramped spaces of slave ships, likely my ancestors among them, left an unshakable impression that no matter how distressing, generation after generation, this Door, this story must never be forgotten.

So too Passover. So too Maundy Thursday. Both have backstories that call us to remember something we’d rather forget. The narrative of Passover includes 400 years of enslavement. Yet, the story does not stop there. Passover is a reminder that God’s promise of blessing to Abraham was complicated, given that its fulfilment would eventually include not only war to possess the already inhabited Promised Land, but also loss to Assyria and Babylon, exile, return, rebuilding the nation, and more.

The narrative of Maundy Thursday is a reminder of the broken relationship between God and humanity and the price Jesus paid to mend it. Betrayal, false accusations, beatings, conviction though innocent, along with abandonment by humans and by God, Jesus bore it all.

In the midst of the worst days of his life, Jesus was eager to fellowship, to share a meal with the disciples one last time. Even though his heart was heavy, Jesus ministered to the disciples in a way that they would never forget. Though the disciples would not forget, that is not the case today. Since Maundy Thursday is not widely celebrated, it is easy to forget that Jesus instituted the foot washing as an example of servanthood for the disciples to follow. The disciples would have been shocked to see Jesus doing work generally left to household servants. This role reversal, done on behalf of the disciples who argued about who was the greatest, made it plain that following Jesus meant doing for others. With this act of selflessness, Jesus turned conventional roles of leader/follower on its head. His action makes it clear that there is no room for pretense or feelings of superiority or inferiority in the kingdom of God.

As the 40 days of Lent near a close, recalling the story means remembering that both Moses and Jesus spent 40 days and nights alone to prepare them to usher in new eras of God’s grace. God was preparing Moses to receive a new way of life for a community unaccustomed to the responsibilities of freedom. God was preparing Jesus for a ministry whose purpose was to meet the needs of others.

If taken to heart, Lent can bring significant change to our lives. Not just acknowledging the wrong in the world and in ourselves, but birthing and embracing new things. The question of Maundy Thursday, yes of Lent, is twofold: “What new thing is God birthing in you? What are you willing to give up to birth that new thing?” May there be many new things.