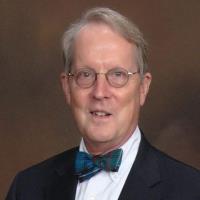 Despite the usual practice of dividing passages where there is a shift of time or place, this one is held together despite shifts in both. And that forces our attention upon the hinge, the one sentence that holds together the two accounts: “When they had sung the hymn, they went out to the Mount of Olives” (verse 26).

This is the day that the Lord has made

At first glance, this sentence seems unremarkable. It is preceded by Jesus’ last supper and his institution of the Lord’s Supper. It is followed by his betrayal by one disciple and the desertion by all the rest. And what did they do in between? They sang the hymn.

And we know what that hymn was. Jesus and his disciples were celebrating the Passover. The Passover meal begins with singing Psalms 113 and 114. It ends with singing Psalms 115, 116, 117, and 118. So the closing hymn was Psalm 118. And deep within that is verse 24, familiar to us all: “This is the day that the LORD has made; let us rejoice and be glad in it.”

Here is the key to the whole passage. The evening of Jesus’ last supper was not the arbitrary end to a random series of events. It was, instead, all part of the plan and purpose of God. The night of Jesus’ betrayal and arrest was not the victory of darkness (John 13:30) but was, instead, the dawning of a new day. More to the point, his subsequent trial, crucifixion, death, and burial the next day were not simply the evil deeds of evil men—they were that!—but were also the work of the Lord God Almighty for the salvation of humanity.

Think of it: Jesus, knowing what he was doing and what was going to be done to him, sang bravely and boldly, “This is the day that the LORD has made; let us rejoice and be glad in it.” Then he walked down the stairs, out the door, and into the night, never again to see daylight as a free man. And he did this for you and for me.

Explication of this passage might include a reminder of what hungry and needy people we are individually, as the church, and as the whole of humanity. This might seem obvious, but we should never underestimate the power of self-deception. We must point out to people again that we cannot live by our own strength. But the victory that Christ has won for us is assured.

Fulfilling God’s purpose for our lives

The book “Jurassic Park” is about money, power, arrogance, and ambition. With the genetic technology they were using to bring dinosaurs to life, they were playing with things beyond their knowledge and control. A key character, Dr. Ian Malcolm, was convinced from the beginning that the whole project was doomed to failure because it was so complex that there was no way they could pull it off.

Dr. Malcolm based this on chaos theory. Part of this theory is based on fractals, an understanding of things which exhibit in their component parts the same characteristics as the whole. One example is a rocky mountain peak. You can look at that from miles away and see how craggy it is. You can break off a piece of rock in your hand and it would have the same rough shape. Every piece of rock has the same characteristics as the whole.

Time works the same way. Dr. Malcolm said, “A day is like a whole life. You start out doing one thing, but end up doing something else, plan to run an errand, but never get there … And at the end of your life, your whole existence has that same haphazard quality, too. Your whole life has the same shape as a single day” (Michael Crichton, Jurassic Park, 171).

God has given each one of us wonderful, particular, specific gifts for the building up of this church and for serving the needs of humanity. How terrible it would be if we came to the end of our lives without having used the gifts we were given.

“When they had sung the hymn, they went out to the Mount of Olives.” I invite you to reread all of Psalm 118. And as you do that, realize that the only thing more remarkable than verse 24 is verse 29, the final verse, the last thing Jesus sang before he stepped out the door to fulfill his ministry in his crucifixion: “Oh give thanks to the LORD, for he is good, for his steadfast love endures forever.” There is our Savior!

Holy Jesus, the bread and wine of your last supper have become your body and blood, given for us. Transform us with your holy presence. Cleanse us, forgive us, and renew us in your word. Amen.

The Foundation for Reformed Theology