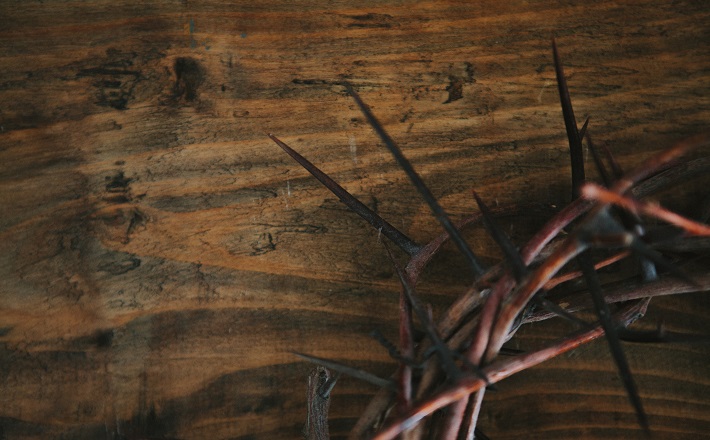 Suffering servant of the Lord

Isaiah 52:13-53:12 is the first reading for Good Friday in Year B from the Revised Common Lectionary. On the day that Christians around the world remember Jesus’ crucifixion and death, it is not surprising that the lection focus is a passage about one who suffers, is despised and rejected. Isaiah 52:13-53:12 is the fourth among poems in Isaiah 40-50 referred to as the Servant Songs (see also Isaiah 42:1-4, 49:1-6, and 50:4-9) because the central character in each one is directly or indirectly denoted as the servant of the Lord. However, despite some debate regarding the servant’s identity, the general consensus is that the servant is figuratively “Israel” collectively (Isaiah 41:8; 44:1-2, 21; 45:4; 49:3).

The servant in Isaiah 52:13-53:12 is described as someone so physically marred and disfigured that he is beyond recognition (52:14-15). He suffered and sacrificed his life in recompense for the sins of others (53:10-12). Jesus’ followers, familiar with the poem, made connections between the servant’s pain and anguish and Jesus’ suffering and death. For example, the writer of Luke’s gospel ascribes the words of Isaiah 53:12 to Jesus: “For I tell you, this scripture must be fulfilled in me, ‘And he was counted among the lawless’; and indeed what is written about me is being fulfilled” (Luke 22:37 New Revised Standard Version) to make sense of the brutal manner of his death.

The author of the gospel of John alludes to Isaiah 52:13-15, which declares that the servant would be lifted up and, despite his deformed appearance, nations would be drawn to look upon him and marvel. The author attributes Jesus as saying, “And I, when I am lifted up from the earth, will draw all people to myself” (John 12:32). This passage surely inspired the composition of the hymn “Lift Him Up,” whose refrain includes the verse “And I, if I be lifted up from the earth, will draw all men unto me.” Elsewhere, John quotes from Isaiah 53:1, in relation to the crowds’ denial of Jesus, to claim that their actions were in fulfillment of the words of the prophet Isaiah: “Lord, who has believed our message, and to whom has the arm of the Lord been revealed?” (John 12:38).

For Jesus’ followers, turning to the servant poem in Isaiah 52:13-53:12 to explain Jesus’ suffering and death, was understandable. Yet, despite Jesus never having referred to himself as the suffering servant of the Lord, some Christians have gone so far as to interpret Jesus’ passion as the fulfillment of the predictions in Isaiah 40-50. For them, Jesus is the Suffering Servant. Such assertions fail to recognize the role of Israel’s prophets in the Hebrew Bible.

Although Israel’s prophets were “foretellers” who spoke about Israel’s future, they were also “forthtellers,” who called Israel to live into covenant fidelity in the present based on God’s benevolence towards them in the past. Therefore, Isaiah 52:13-53:12 should be read, on one hand, in regards to the book of Isaiah as it concerned events in Israel during the composition of the book. On the other hand, within the literary unity of Isaiah 40-50, it should be read in the context of the Babylonian exile.

The Babylonians invaded Judah and its capital city Jerusalem in 587/6 BCE, destroying the temple and forcibly removing the nation’s elite population to Babylonia. The experience left the community shocked and traumatized. The prophet explained the exiles’ captivity and suffering as God’s retributive justice for Israel covenantal disobedience. However, other nations derided Israel’s deity in light of the nation’s defeat and even some of the exiles questioned God’s supremacy in light of Judah’s downfall.

In a turn of events, the book shifts from a theology of suffering as retributive, to suffering as redemptive. No longer is the servant understood as suffering for covenantal infidelity, but as an act of redemption. The poet writes in striking parallelism, a common literary style in Hebrew Bible poetry, to effectively convey the impact of the servant’s message on the community.

The figure, who has borne the people’s infirmities and carried their diseases (Isaiah 53:4), was wounded for their transgressions and crushed for their iniquities (verse 5), is now recognized as one who was unjustly punished and sent away for an offense he did not commit. Those who were previously astonished at his appearance, are now surprised to learn that he bore the pain and humiliation on behalf of the sins of others. On account of his selflessness, he would see his offspring survive and prosper (verse 10).

To quote the poet, “Who could have imagined his future?” (verse 8). Indeed, the exiles could not have imagined that they would have a future outside of Babylon or hope to be restored to their homeland. The poem exonerates both the exiles and Israel’s deity, whose exaltation and restoration of the servant reveals God’s might to all nations.

It is easy to see how Christians might read the words of the prophet Isaiah put into Jesus’ mouth by the New Testament writers and conclude that the prophet was prophesying about Jesus. For the writers, who were heirs of the prophetic traditions, it was expedient to connect the figure of the Suffering Servant with Jesus’ passion. However, instead of claiming that Jesus is the anonymous servant described in Isaiah 52:13-53:12 hundreds of years earlier, his followers recognized that he was one among several righteous servants who were regarded as having suffered for the acts of others.

Good Friday reminds us that God in Jesus reconciled humanity to Godself through Jesus’ death. Yet, God’s work is ongoing and as long as there is sin and evil in the world, there will be other Innocents who suffer and bear the guilt of the offenders.

Preachers have much to work with in the lectionary’s Good Friday reading — two full chapters from the Gospel of John!1

The Epistle to the Hebrews explores the meaning of Jesus’ death through multiple lenses.
Print All Text Print All Commentary