Galatians 4:4-7 contrasts our former status as slaves to the elemental spirits/principles of the world with our current status as “sons of God” because of the redemptive work of Jesus Christ. 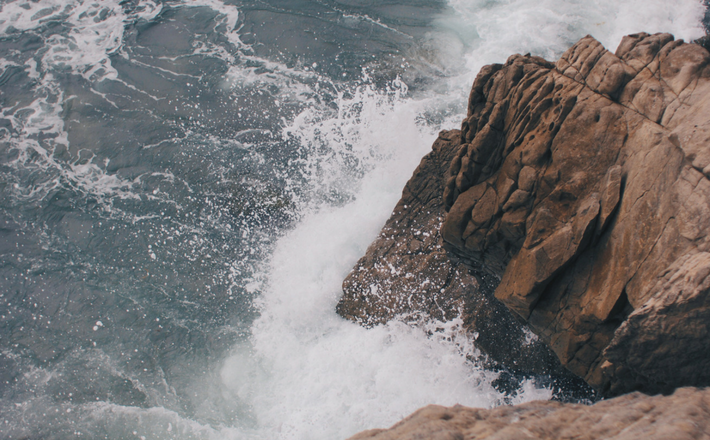 Galatians 4:4-7 contrasts our former status as slaves to the elemental spirits/principles of the world with our current status as “sons of God” because of the redemptive work of Jesus Christ.

The adoption language in Galatians is framed in masculine categories (the word in Greek is not “children” but “sons”), and this is not incidental. In the Jewish culture of the time the inheritance and leadership of the family was located in the male heirs and male family members. Yet, strikingly, as Galatians itself demonstrates, just as circumcision had been replaced by the more egalitarian initiation sacrament of baptism, the benefits of “sonship” were now extended to all genders and socio-economic statuses — women, men, children, and even slaves. All human beings were to be equally included in the new covenantal family of God solely on the basis of God’s grace expressed by the sacramental covenant badges of faith and baptism (see also Galatians 3:28-29).

This first point concerning “sonship” and its subsequent application to all genders, sexes, and socio-economic statuses provides us with an important take-away. It is easy — and indeed, often necessary — to carefully and critically discern when the Bible is speaking descriptively about a cultural artifact in the text that no longer applies to us today. One example of this would be the argument concerning head-coverings for women in 1 Corinthians 11:2-16.

Yet, with issues concerning masculine language in the Bible, interpreters sometimes exhibit a tendency to automatically “correct” the supposedly sinister patriarchal bias of the original biblical authors. While this is appropriate in some contexts, we ought to be careful that we do not carry out such hermeneutical moves prematurely. To do so would be to risk stripping the biblical texts of potentially insightful exegetical elements that are contained in the particular grammatical structures and words used by the original authors.

In Galatians, for example, the use of masculine terminology actually demonstrates the radical progress away from Jewish and Greco-Roman patriarchy that was occurring in the earliest Christian church. Here the focus on the language of “sonship” is not a patriarchal shackle needing to be removed and retranslated into a contemporary key. Rather, by redirecting its reference away from a Jewish culture of male priority and patriarchy sonship itself is redefined by Paul. In Christ, “sonship” now refers to the full and equal inclusion of people of any age, gender, or socio-cultural status (see also Galatians 3:28-29) in the family of the people of God.

Reading the text in its grammatical-historical context, therefore, actually assists us in detecting this radical progressive shift. It also empowers us to be agents of correction and protest in a world and in a church that often wants to revert to “the good ole days” in which for some (if permissible) the chosen hymn at ordination services would be James Brown’s “It’s a Man’s World.” To the extent that we’ve lost the original narrative of total equality between men and women in the church and in the home, we’re in need of a correction from St. Paul. Being a son, daughter, and child of God is not contingent upon one’s gender; it’s contingent upon Christ alone. Equality and opportunity do not exist on the basis of gender; they exists on the basis of belonging.

Moving along, it is crucial to express that God’s sending of Jesus occurred through his human birth into the people of God, the Jews. This is the central point of the brief prepositional phrases in verse 4 “born of woman, born under the law.” It is not incidental, therefore, that Jesus was both human and Jewish. The great mystery of the faith, namely, that Jesus is fully divine, is of course equally true! Yet, so often in the history of the church Jesus’ humanity has been side-lined by a fixation on his divinity. It is comforting to remember that the divine Jesus was also the “crying infant” Jesus in a manger, the “awkward teenage” Jesus in Nazareth, and the obscure carpenter Christ who worked daily and diligently at his craft.

God didn’t save humanity instead of humanity. God didn’t save humanity in spite of humanity. God saved humanity through humanity; through the humanity of Jesus Christ for all human beings. In our contemporary religious context in which material reality is often seen as less important than spiritual reality, Christianity presents a faith in which spiritual redemption is inseparably linked with material human existence and experience. Redemption isn’t a result of spiritual abstraction; it’s the result of divine incarnation.

Equally important is the Jewishness of Jesus. Verse 5 notes that Jesus came as one under the Jewish law to redeem those who were under the law (namely, the Jews) in order that “we (a reference to the Gentiles) might receive adoption.” Christianity is not the replacement of Judaism; it is the expansion of Judaism to all nations through Christ Jesus. The Gospel is not the extinguishing of the presence and power of God toward the Jews so that the Church can come into existence in its place; it is the expansion of God’s grace and God’s faithful fulfillment of the promise to Abraham in Genesis 12:3 that through him “all the families of the earth” would be blessed.

Inclusion in the family of God culminates and results in a new transformative reality: God’s Spirit is sent into our hearts so that we might embody and participate in his divine nature (see also 2 Peter 1:4). Like father, like son (and daughter). Thus, as we reflect on the many facets of the Scriptures for today, let us remember that God’s faithfulness through Jesus Christ has resulted in a new reality; a new creation, a new world in which followers of Jesus exist as equals, on mission together to see the world transformed through love so that it might reflect the beauty, peace, and purpose of the God who is love as Father, Son, and Holy Spirit, one God, forever and ever. Amen.