A hopeful time promised amid a dire present

Photo by Paolo Nicolello on Unsplash; licensed under CC0.
November 27, 2022 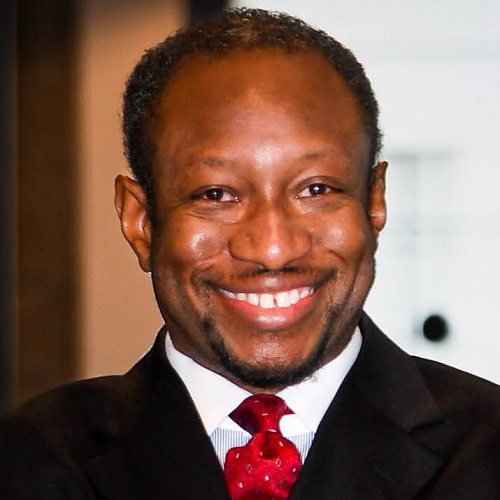 Like much of Isaiah 1–39 (sometimes referred to as “First Isaiah”), our verses address a nation facing an uncertain future. The relative prosperity and peace the nations of Israel and Judah experienced during the early 8th century BCE are a distant memory—like a dream one barely remembers after waking. Instead, the relentless advances of the Assyrian Empire have decimated the nation of Israel. Many Israelites escaped Assyria’s invasion of their home and sought refuge within Judah and its capital city, Jerusalem. This southern refuge soon confronts the same Assyrian enemy and the hardships a prolonged military siege produces. Against this backdrop of suffering, anxiety, and imminent imperial conquest, the prophet announces he has received a vision concerning God’s perspective about Judah and Jerusalem (Isaiah 2:1).

This prophetic vision (like many in the Hebrew Bible) promises a future that contradicts the people’s present experiences. The opening phrase in Isaiah 2:2 is often translated as “in the last days,” which can imply an eschatological or “end-time” setting. The Hebrew, however, does not require that the fulfillment of this prophecy is possible only at the end of time. Rather, the prophet simply tells the audience that the vision he saw for Judah and Jerusalem is for a future date—a hopeful time promised amid a dire present.

The prophetic vision begins with the elevation of the LORD’s temple dwelling. The temple’s prominent position precedes “all of the nations” coming to it. The author describes the nations’ coming to Jerusalem as though they are a stream of water (nahar). This play on streams (of water) and streaming (people) allows the prophet to remind the people that God’s prominence not only produces international attention, but also signals divine provision for God’s covenant people. Throughout prophetic literature, geographical and environmental transformation often accompanies a divine reversal of Judah’s and Israel’s fortunes.1 God’s promised future suggests the establishment of God’s sovereignty, the restoration of Judah’s reputation, and the renewal of a valuable resource often threatened by military invasions—water. Thus, any appeal to Divine restoration includes spiritual, societal, and material expressions.

The image of “all nations” and “many people” coming to Judah continues in Isaiah 2:3, where their purpose for this pilgrimage is announced. These foreigners enter Judah’s territory because it is the place of God’s instruction (tōrāh). Similar to Psalm 119, Isaiah understands tōrāh (often translated “law” or “instruction”) as God’s invitation to know God more fully and walk more closely with God along the very paths God travels (Isaiah 3:1a). God’s laws, instructions, and commandments are neither impediments to human joy nor heavy burdens humans must bear.2 Rather, they are expressions of God’s invitation to draw closer to know not just God’s acts, but also God’s ways (Psalm 103:7). Within Isaiah 2, this invitation identifies a specific location as the source from which God’s law and word flow—Zion and Jerusalem. The prophet paints a portrait of Judah’s flourishing in which people flow into the city because of God’s majesty and their desire to learn of God. From this renewed and established holy place, God’s law and word flow out just as freely as many people stream into it. Within certain branches of the Christian tree, this image is often linked to Christ’s promises in John 7:37–39. In John’s gospel, the “rivers of living water” flow within each Christian as a reminder of the Spirit’s presence and power.

Isaiah 2:4 ends with the famous refrain, “They shall study (or learn) war no more.” This refrain and its imagery are foundational for the Negro/African-American Spiritual, “Down By The Riverside.” In the spiritual and biblical text, the writers anticipate a time when the instruments of war can be abandoned and transformed in favor of tools that bring and sustain life. For Isaiah, a land ravaged by sword-wielding and spear-hurling soldiers is transformed into a fertile land in which every sword and spear become agricultural tools to provide food for a peace-filled community. How does the prophet imagine this transformation occurring? What is the key to ending war and ushering in this era of peace? According to Isaiah, God’s ability to judge and adjudicate disputes is the basis for concluding the nation’s wars (Isaiah 2:4a).

Isaiah 2:1–4 is strikingly similar to Micah 4:1–5. The promises of the LORD’s temple being established, Zion and Jerusalem becoming sites for pilgrimage, the cessation of military activities, and the resumption of agricultural production appear in both texts. Micah 4:4 adds an important image of this divine reversal that has become popular in many American contexts. According to Micah 4:4, the peaceful resumption of daily life includes a promise that everyone “shall sit under their own vines and their own fig trees, and no one shall make them afraid…”

This verse appeared in Amanda Gorman’s poem she composed and performed at the inauguration of President Biden. Before Gorman’s appropriation, the musical “Hamilton” quoted this same verse in President Washington’s farewell song. Like Washington in the musical and the biblical prophets, many ministers are charged with providing encouragement amid troubling times. Now, like then, a reminder of God’s ability and desire to turn weapons of war into tools for life is a needed balm and urgent challenge to God’s people. We, who are privileged to share God’s word in this time of suffering, anxiety, and war, can find in Isaiah a fellow-traveler to encourage, challenge, and strengthen us. As God and God’s people responded to the crises of their day, it is incumbent upon us to stand and do likewise in our day … one last time!

Not knowing is a condition we are to embrace, not attempt to overcome

A hopeful time promised amid a dire present

Psalm 122 is then the perfect Advent psalm, for it is full of gladness

Discussion Questions for Advent 1A