A fierce diagnosis of the disease of empire

Photo by Aleksandr Ledogorov on Unsplash; licensed under CC0.
May 15, 2022 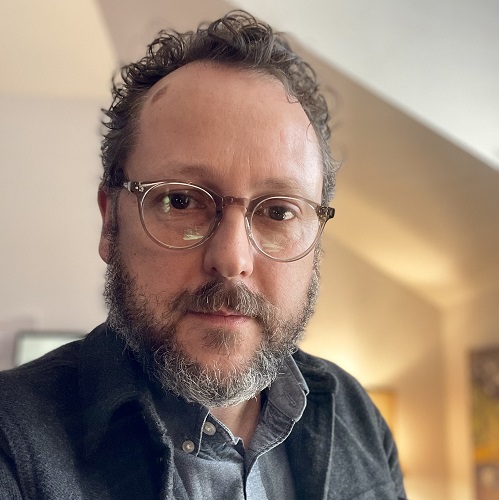 In 1968, poor people traveled across the United States in caravans to D.C. in order to participate in the Poor People’s Campaign, a new campaign that Martin Luther King, Jr. imagined the year prior after witnessing devastating poverty in Marks, Mississippi, and which represented his turn towards “human rights.” The goal was to try and force the government to improve conditions for the poor in the United States.

The caravans brought with them an “economic bill of rights” that even today seems pretty radical, seeking guaranteed income, employment, and better support around low-income housing. When the people arrived in D.C., they built “Resurrection City” on the national mall. Resurrection City lasted six weeks and was meant to be the home where people could live while they lobbied and protested in the hopes of passing the bill. While Resurrection City floundered under the pressures of daily life the people faced, and the weight of torrential downpours that created horrible flooding, the vision remains of a city that stood as a witness to the powers of an led by and for the poor and marginalized. King’s life work was one that was able to diagnose the problem as well as provide vision for moving forward.

“The prescription for the cure rests with the accurate diagnosis of the disease.”

Not all prophets have a vision to share with their people. Sometimes the diagnosis is enough. Sometimes all the prophet is given is to name the thing that needs to be addressed and bring it to light.

John’s Revelation would not be complete without the end of the letter. It is a fierce diagnosis of the disease of empire and that diagnosis is potent enough to guide even our own conversations around empire today. I see in Revelation analysis of social relations (the use of scapegoating and the multitude), liturgy as formation (all the various scenes of worship), critical economics (Revelation 13 and 18), and even the importance of the “more-than-human” world in both the resistance to empire (12:14-16) and in its redemption (21-22).

But as we have seen, John’s Revelation, like King’s work, does contain visionary elements as well. Here at the end of the letter, as well as in Revelation 7 with the multitude, John is putting forward a vision for a new society and world rooted in the image of the lamb that was slain.

Revelation 21 is a visionary weaving together of the old and the new in the face of what has been unmasked; this is not some gradualist approach. A new city, a new kind of “empire” overtakes the old; one not only where God is present among the people but “where he will wipe every tear from their eyes. Death will be no more; mourning and crying and pain will be no more, for the first things have passed away” (See also Revelation 7:17; 21:4).

This is the empire of God that is seen replacing the empire of Rome. John shows the contrast: in the new city, God dwells. In Babylon, demons dwell (Revelation 18). Elisabeth Schüssler Fiorenza points out that: “The new Jerusalem [is] the anti-image of the great city Babylon/Rome. [John] contrasts the splendor and power of the Roman Empire with that of the empire of God and Christ in order to encourage readers to resist the murderous power of Rome.” 1

This new dwelling place of God is likened here to a city but weaves into the scene, a new Eden (Revelation 22). The tree of life, “on either side of the river,” producing fruit is a new garden, an image that reminds us of the original garden as well as the first day of the resurrection in the Gospel of John, chapter 20 where Jesus appears to Mary and she mistakes him for a gardener. What follows in the Gospel of John are appearances and teachings from the risen Jesus forming a “resurrection community” that will go on to resist empire and embody the teachings and Spirit of Jesus in the world. In both images, we have anti-empire images of community and city.

Another interesting aspect of this text is the promises from the Hebrew Scriptures being fulfilled in this new “resurrection” city (see also Exodus 6:7 and Jeremiah 31:33). Like a good DJ, John remixes the Hebrew tradition here into his vision for what is taking place in his current context, showing the weight of his tradition coming to bear not just on the prophetic critique of empire but also the promise of God’s reign (Fiorenza).

The vision is derivative, not in a way that detracts, but in a way that enlivens the tradition at this time, in the face of empire. This is the power of remix; it pays homage to the past by leveraging its power within new contexts. In Revelation: Vision for a Just World, Elisabeth Schüssler Fiorenza points out that the vision of the New Jerusalem is built upon Ezekiel 37-38 with parts of Isaiah 54, 61 and 62, but John demonstrates knowledge of many apocalyptic traditions.2

These are images and stories that the people know, and are most likely embedded in their hearts and prayers. John is connecting their tradition to the work of Jesus against empire in their time and place, helping them see that the weight of the prophetic tradition is with them in this struggle.

One last thing worth mentioning in this text is that the new city comes to earth, to where the people are. Revolution and redemption do not happen someplace else, they take place right here with the material of the world we live in. This not only undercuts the folks whose ethic betrays a view that “it’s all gonna burn anyway,” it also challenges the popular “evacuation theology,” that many within the church have subscribed to over the last 100-150 years.

This vision is powerful because it is a vision of a liberated world, a new reality marked by all things being made new here among the anthropos (the mortals, human beings, creation). This echoes Jesus’ prayer in Matthew 6:10, “Your kingdom come. Your will be done, on earth as it is in heaven.” Revelation shows us that the new city is brought to earth rather than some who are special being evacuated.

Importantly, this anti-imperial vision is not just for humans but for all of creation and the redemption that it groans for. I take note of how important the natural order is here in the last couple chapters of Revelation and see how “the religion of creation”—mentioned in an earlier essay—is truly about abundance for both humans and the more-than-human world. I take note of how creation and the natural world shows up frequently in Revelation on God’s side against empire (see, for instance, Revelation 12:13-16)

Revelation gives us a blueprint for what we might call “authentic resistance.” That is, a resistance that is both deconstructive and constructive. Dismantling the powers by exposing the lies and wickedness that underlie while also seeking to build a more authentic community and society that reflects who we are called to be by Jesus who is present in our midst.

What does it look like for our churches, meetings, and communities to embrace this form of resistance? If we are to read Revelation seriously today, then we will wade into the difficult questions about how we can be both victims and victimizers of empire, what the ways are in which we are subject to and have become complicit with the “five interlocking injustices,” and what it means for our practice, theology, and liturgy to center those who are victims of empire. Revelation also invites us into imagining how the church can continue to pursue “Resurrection Cities” wherever we find ourselves—committed to hope and a new vision for the world where there is enough for all people and all creation.

I think these words from civil rights leader and historian Vincent Harding said to and about Quakers can be applied to all of our communities and feel very apt to close our reading of the Book of Revelation.

Vincent Harding said in an interview with the American Friends Service Committee:

“You know something about building a Quaker community, you can see it. The vision that you have is not meant to be kept to yourself, it’s meant to be expressed, to trouble some people, to push some people, to embrace some people, but for you to keep saying, “I see a Quaker community that does not yet exist and I am absolutely committed to its coming into being.” The easiest way is to say, because it doesn’t exist, “I am getting out of here.” People will come around and rub your head and say, “What’s wrong?” What you are doing is opening the breath of God and offering to others to see the Quaker community that does not yet exist. What is considered in one generation becomes possible because of the seers. We need you to keep seeing, brother, and stay as sane as you can. Find as many accompanying insane Quaker folks to walk with you on this one, find all kinds of allies. Once you keep holding on to your vision, it will rise up out of the darkness and we will begin to know what that word Light that we use so much really means. We need you.

Wess Daniels, “Revelation is Remix” in Resisting Empire: The Book of Revelation as Resistance (Barclay Press, 2019)

The Spirit’s calling to reframe their sense of who belongs