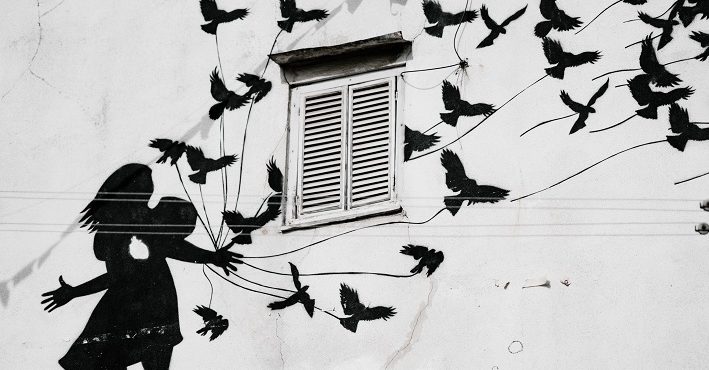 As we near Holy Week, we arrive in Jerusalem with Jesus in the Gospel of John.

Jesus enters to much fanfare, with calls of “Hosanna” from Psalm 118 and a re-enactment of Zechariah 9:9 marking the king’s arrival to the holy city (John 12:12-19). The crowd who meets Jesus is an extension of those who travelled to Lazarus’ house in Bethany to find him before Passover (John 12:9-11). As noted in the commentary on John 2:13-22, pilgrims travelled to the temple before Passover to purify themselves in order to participate in the festival (John 11:55). When they instead go to Jesus, they reflect the theme running throughout the Gospel that Jesus is the location of God’s glory and presence.

When Jesus finally arrives in Jerusalem in verse 12, he continues attracting a large crowd and, therefore, causes the Jerusalem leaders to fear a Roman retribution (John 11:47-53). In John 12:19, the Pharisees say in exasperation, “Look! The whole world went to him!” For John, Jesus’ mission is indeed this in-gathering of the world, but it will come about only through his death and resurrection.

John 12:20-36 is Jesus’ final public teaching in the Gospel, and it is delivered to a group of both Jews and Gentiles. In fact, the arrival of the “Greeks” who “wish to see Jesus” in verse 20 seem to prompt Jesus’ comment that his hour has come in John 12:23. First-century synagogues welcomed gentiles, so it is not surprising to find Gentiles in Jerusalem for Passover as well, even if they were not proselytes or even monotheists. Their presence recalls the question from “the Jews” (including Pharisees) in John 7:35, when they wondered if Jesus’ upcoming departure meant he was “about to go out and teach the Greeks” in the diaspora (for example, outside of Palestine).

Rather than going out, however, Jesus gathers others to himself (John 12:31-32). The larger context and Old Testament imagery used in John suggests our passage reflects the eschatological scene of the nations coming to the Jerusalem temple to worship found in many prophetic works, including Isaiah 56, which describes the arrival of foreigners, diaspora Israelites, and eunuchs to worship at the “holy mountain” (56:3-8). In true Johannine fashion, however, the Gentiles in John 12 are drawn to Jesus rather than the temple.

Looking at Isaiah 56 in more detail reveals additional connections to John 12. In Isaiah 56:7-8 the Lord promises: “I will bring them into my holy mountain and make them joyful in my house of prayer; . . . for my house shall be called a house of prayer for all nations—said the Lord, who gathers the dispersed of Israel—for I will gather to him a gathering” (NETS). We recognize Isaiah 56:7 as the text Jesus quotes when he first arrives in the temple in the synoptic accounts.

In John, however, Jesus quoted Zechariah 14:21 during his first temple visit, even if Isaiah 56 runs underneath the account. Rather than the “house of prayer,” John’s Gospel focuses instead on the theme of “gathering.” In fact, the verb for gathering (synagō) occurs seven times in John, and Jesus prefigures this work when he receives the once-blind-man, who was cast out of his gathering (apōsynagogos, John 9:22), to join in worshipping the Son of Man (John 9:34-38). Continuing this theme, John 11:51-52 explains Caiaphas’ prophecy of Jesus’ death in the following way: “Now this one [Caiaphas] did not speak from himself, but as high priest that year he prophesied that Jesus was about to die on behalf of the nations, and not only on behalf of the nations only, but so that the dispersed children of God might be gathered together as one” (my translation). For John, therefore, Jesus fulfills God’s promises from Isaiah 56 by gathering not only Israelites in the land, but those in the diaspora as well as gentiles; he is, indeed, bringing together the whole world (John 19).

Yet, Jesus’ gathering does not happen with this triumphal entry, but with his death. Jesus has already described this sign, albeit cryptically, during his first Passover in Jerusalem: “Destroy this sanctuary and in three days I will raise it up” (John 2:20). In John 3:14-15 too, he told Nicodemus that “just as Moses exalted the serpent in the wilderness, thusly it is necessary for the Son of Man to be exalted, so that every one who believes in him might have eternal life.”

For John’s Gospel, therefore, it’s not enough just to come to Jesus or “want to see” him; we must have our ears unclogged and our vision corrected by the trauma that is Jesus’s crucifixion and resurrection. As Jesus explains, we cannot avoid darkness and death, but instead, must trust that God will bring about life. This message is perhaps even more important this year, as we’ve all endured a time of pandemic and seemingly endless death. We may not be able to avoid the darkness, but we can, like those foretold in Isaiah 56, cling to Jesus’ promise that he will light our paths toward life.