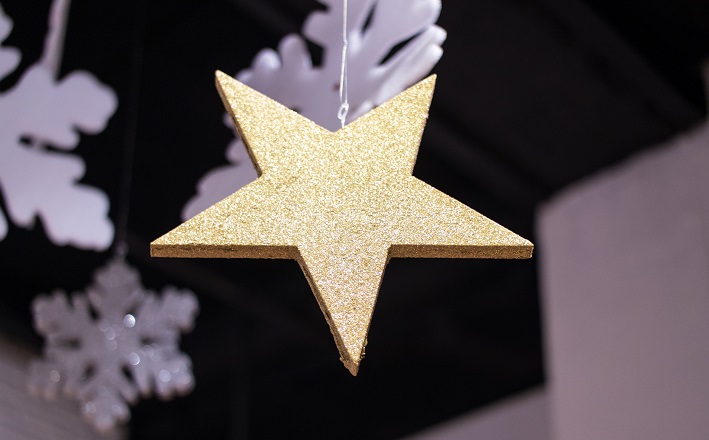 Candidates know that must declare their spiritual mettle in order to win elections, and once in a while a pastor like Billy Graham makes a cameo appearance in the White House.

For ancient Israel, God and the things of God were prior to and at the heart of things political. God’s prophets were even in position to bring down divine judgment on a reigning king. Psalm 72 is a remarkable hymn, a prayer we believe was used on the day of a new king’s coronation — and many believe the prayer would have been repeated annually at a festival of the king’s enthronement.

With some imagination, we can picture the raucous day. Still grieving the previous king’s death (or perhaps harboring a sense of relief that he was no more), caravans of citizens would gather around the hillsides of Jerusalem. Hearing the blowing of the shofar, they would gather for worship, for the anointing of the one they fantasized might just be a king like David, the kind of king they had prayed for so long.

A magnificent, noisy, joyful procession would make its way from down in the valleys of Kidron and Hinnom up the spur of the hill, winding past the royal palace (which archaeologists now believe they have uncovered!) toward the temple. Horns blaring, dancers somersaulting, crowds shouting, then a hushed silence as the sacred oil was poured by the high priest over the young king’s head, soaking into his hair and garments, soiling his feet and the ground. See the moment — and read Psalm 72.

The very notion of praying for a ruler is instructive. What if Americans measured the amount of time they expend complaining about a president or governor or mayor and instead of grousing, actually offered up intensive prayers for the leader in question? The Episcopalians prescribe, as part of their weekly worship regimen, prayers for the president (or for the queen if the praying is being done in the British Commonwealth). During campaigns, many voters are terrified that if the one they are not supporting wins, catastrophe will strike. But wouldn’t it make sense, if that dreaded candidate is elected, that we pray constantly that we will be proven wrong, and that the new leader will in fact prosper?

But even if we pray for a leader, what would the objective be? We might pray for military success, or wizardry with the economy, a quelling of political opposition, or the greatness of our nation. In Psalm 72, we overhear something very different, and we should be uneasy.

The Psalm begins by asking God to “Give the king Your justice… and Your righteousness… May he defend the cause of the poor, and give deliverance to the needy.” Such a campaign in our day would be lambasted as “liberal,” and a debate would be touched off about governmental programs versus private sector aid or, more likely, the conversation would drift toward blaming the poor, and insisting they get busy and take care of themselves.

The cluster of Hebrew terms used in these phrases is telling. “Justice” is not fairness or the good being rewarded and the wicked punished. Rather, mishpat (“justice”) is the Bible’s subversive term for God’s desired state of affairs: mishpat is when the poorest are cared for. A society is just to the degree to which every person has enough and is lifted up; a king is measured, not by hordes of chariots or the gold in the treasury, but by whether the cause of the poor was defended, whether the needy were delivered. Similarly, “righteousness” isn’t smug goodness; zedekah (“righteousness”) is being in sync with God’s ways, embodying God’s will.

Sadly, modern church people in America tend to vote for the more conservative candidates who are prepared to shirk any responsibility for caring for the needy. Not only that, many congregations themselves do little to nothing to engage the poor, advocate for their cause, or ensure that those who oppress the needy are fought tooth and nail. Psalm 72 is an ancient liturgy, a museum piece of an old prayer, but the designs of God that shout from its verses echo across the centuries and raise hard questions pointed right at today’s church.

The most fascinating verse in Psalm 72 is the verse 11: “May all kings fall down before him.” Israel was a small time power, forced into subservience more often than relishing independence. The other kings most certainly would not be falling down before him! Was this national pride? A fantasy? A sick dream? Or a Messianic hint, that in God’s good time, God’s king would be the one before whom all would bow (Philippians 2:10).

But notice why those kings in verse 11 will bow down: “For he delivers the needy when he calls… He has pity on the weak… From oppression he redeems their life” (verses 12 and 13). Other kings never do such things; but one day the truth will be made palpable, and they will realize the wisdom, wonder, and grace of God’s way.

The lectionary mandates that this Psalm be read on January 6, the twelfth day of Christmas, the Epiphany. What a perfect time to weigh God’s desires for leadership, to contemplate what God would like to see done down here for the oppressed, for those who have nothing! The greens we wear and with which we decorate our sanctuaries intimate the growth and life that are the natural result of God have come down to earth to be the kind of King that not only was wanted by God, but desperately needed by God’s people.

During Epiphany, when leaves do not yet hang from the trees, and our yards and the fields are brown and lifeless, we look to God for the Spring to come, for a new day when we give life, and abundantly. Psalm 72:6 dreams that the king will be “like rain that falls… like showers that water the earth.” We are not purveyors of death or condemnation, and we do not dwell in oblivion in our fortress churches. We go out into the world, and seek to be the Body of Christ, to be Jesus out in the world, the Jesus who was the king prayed for over so many centuries.