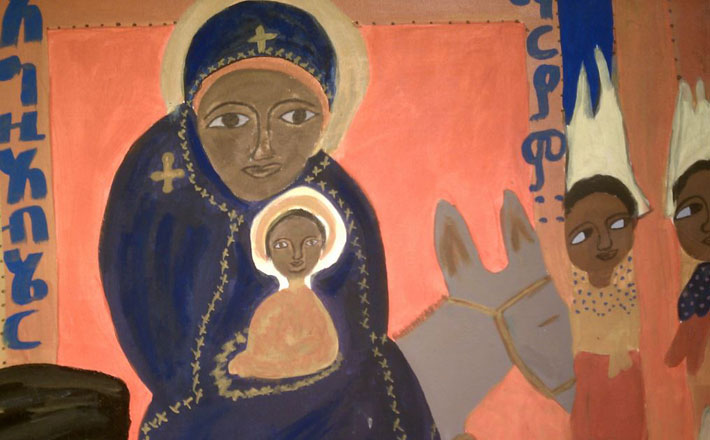 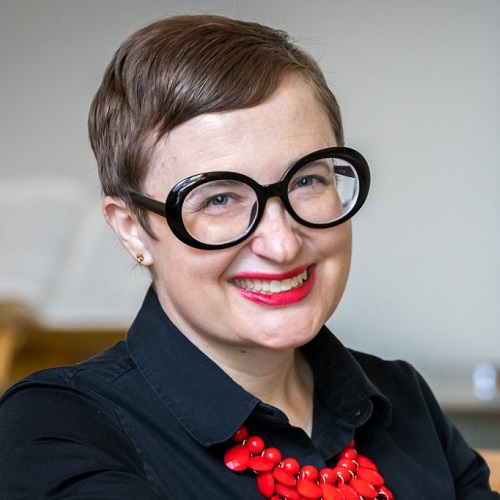 The prophet Isaiah composes a coronation hymn for a not yet fully-grown King. These familiar verses are a royal hymn of thanksgiving addressed to Yahweh for the growing reign of the “Prince of Peace.”

The song arises out of turbulence. Chapter 8 describes a time of trouble when God was silent and reality was violent. And so, the drama is all the more heightened for this prophetic poem as it pierces the silence in song:

The people who walked in darkness
have seen a great light;
those who lived in a land of deep
darkness—
on them light has shined…

It is clear in the address of this poem who caused the shift in reality: Yahweh caused it. The prophet speaks, “You (Yahweh) have increased its joy” (verse 3). There are a mix of tenses in the Hebrew in this passage.1 Verses 2-5 speak of past events, the exception being the final clause of verse 5, “shall be burned as fuel for the fire.” The tools for war have all been gathered. Now it is time to set them aflame as the nation sings and dances to worship Yahweh. Yahweh has released the nation from militaristic and political dangers. The people will rejoice. Verse 7 then looks further into the future. Because of these concrete acts of freedom, a new just reign is at hand.

But Yahweh is not the one causing the liberative activity solo. Yahweh has a partner in the plan to restore the nation. Verse six is where we discover the identity of the partner in Yahweh’s transformative activity described in verses 2-5: a child who will one day be king has been born. Part of the hymn is the joyful birth announcement of this child prince. Isaiah celebrates and orchestrates the celebration of his people. For as this child grows, so too will a reign of justice and peace for all.

This child is a sign from Yahweh. For the prophet Isaiah, it is specifically a sign that the dynasty of King David (now a distant memory for the no longer united kingdom) will continue (verse 7). If you preached Sunday about 2 Samuel, be sure to highlight this thread of covenant and promise. And so, for the Israelites, the birth of this crown prince is also a sign of God’s promise being true, even when for a while it seemed that God had turned away. Finally, the birth of this child prince is a sign of hope for a weary nation. Such a sign is not without impact. The people now have grounds for confidence to stand on as they await the fullness of God’s future.

What I always find interesting when I hear this prophet poem is that the joy surrounds a child prince. Not a King fully grown, but a weak, defenseless human child. This coincides with other moments in Isaiah, such as chapter 61, when a just reign and way of being as a nation are established by the vulnerable and those whom society once viewed as the lowest of the low.

Is it any wonder that Isaiah 9 appears on this day? Is it any wonder that the first sermon Jesus, child now fully grown, preached in his synagogue was based on the words of Isaiah? Isaiah and the author of Luke’s gospel in particular both envision that God’s will for peace and justice are born in the vulnerable flesh of a baby.

Christmas in the midst of the eighth chapter

So, it is fitting to bring this poetic birth announcement into worship on Christmas Eve. Mary bursts into song when she learns of the child growing within her, already alive but not yet fully grown. This is where Christians live out there days, in between the already and the not yet. Finding hope in the memory of God’s past events while we look forward to the promise of eternal peace coming to fruition.

It is especially fitting to bring this poetic birth announcement into worship on this particular Christmas Eve 2020. We have lived and are living the eighth chapter of Isaiah. God has seemed silent and distant for many during this pandemic. Others have heard the roar of God in wildfires and hurricanes. For centuries, black and brown Christians have endured silence and violence from the White church. Where is hope?

We need the poetry of God’s embodied promise to pierce the silence of despair.

Most of our fondest memories of this night involve song, not sermon, the poetry of the rituals we embody, not prose. How will we midwife our songs of joy to the world under masks, behind screens, spaced apart in usually full sanctuaries, or spaced out in the all-too familiar walls of our homes?

Do images such as these have any power?
Deliberation, planning, and hard work are required.
But images, like ideas and commitments, fuel the imagination,
which stimulates planning and action.
Such a day of peace and justice as envisioned in this text may never come,
but it certainly will not if there is no image drawing people toward it.2

Blessings to the preachers and liturgists imaging and imagining this hymn for a weary world this year. Trust that hope can and will be born. For hope already has been born. This is Isaiah’s song and Mary’s. His name shall be Jesus, Messiah, Prince of Peace, Mother Hen, the Christ. And his Kin-dom of perpetual peace will come (look closely and you may glimpse how it already has).

The story of the census, the angels, and the manger is so familiar that it may be a struggle to notice what it does not tell us.