A king was born whose rule benefited the broken, brokenhearted, and bereft

Photo by freestocks on Unsplash; licensed under CC0.
December 25, 2022 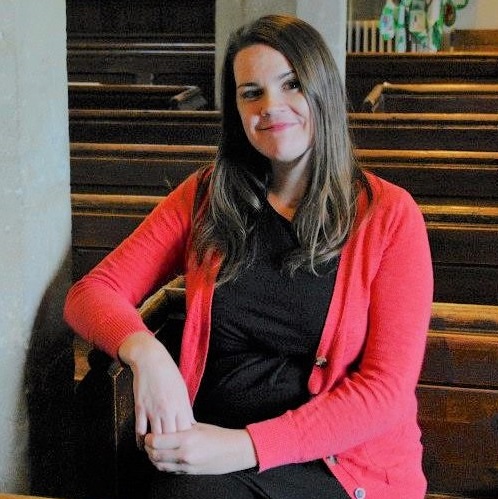 The nativity story is so familiar that it is almost rote at this point. We read the story. We sing the story. We watch our littles pretend to be sheep, shepherds, and stars.

I find it easy, maybe comforting even, to imagine the nativity events that Luke describes as tranquil: a beaming new mother and father admiring their sleeping infant while stable animals sleep around them. A silent night, indeed.

Yet, for those there, this was a world changing event.

Beyond being a new mother with a whole new set of responsibilities, Mary had the added burden of knowing her son was called to be an heir to King David (1:32). What could that mean when King Herod is already on the throne and the Emperor reigns supreme?

Joseph knew the child wasn’t his own; Luke has no account of an angel explaining the situation to him. How much faith would it require to believe Mary’s account of things? What if people found out he was not Jesus’ father? His decision to raise Jesus as his own was not so simple.

Perhaps the shepherds expected a messiah1, but did they expect this messiah to enter the scene this way on this night? And why on earth would the birth announcement of a king be made to shepherds on the midnight shift?

The birth of Jesus, as Luke tells it, has a lot of distinguishing features. There’s the emphasis on Mary and Elizabeth’s experiences over those of Joseph and Zechariah. Jesus is born in a stable and sleeps in an animal’s feeding trough. It is shepherds who first learn of Jesus, not Magi bearing costly gifts. Mary’s spontaneous song identifies the ways that God is working on behalf of the low-status and materially bereft. In fact, most biblical scholars agree that Luke emphasizes Jesus’ humble beginnings and actions on behalf of the poor and oppressed.

With all of this emphasis on low-status people and the humble elements of Jesus’ birth, it is easy to overlook the political dimensions Luke incorporates. Consider the angel’s announcement to the shepherds: “Do not be afraid; for see—I am bringing you good news of great joy for all the people: to you is born this day in the city of David a Savior, who is the Messiah, the Lord” (2:10-11).

“It seemed good to the Greeks of Asia, in the opinion of the high priest Apollonius of Menophilus Azanitus:

‘Since Providence, which has ordered all things and is deeply interested in our life, has set in most perfect order by giving us Augustus, whom she filled with virtue that he might benefit humankind, sending him as a savior, both for us and for our descendants, that he might end war and arrange all things, and since he, Caesar, by his appearance (excelled even our anticipations), surpassing all previous benefactors, and not even leaving to posterity any hope of surpassing what he has done, and since the birthday of the god Augustus was the beginning of the good news for the world that came by reason of him,’ which Asia resolved in Smyrna”

This inscription (emphasis mine), written when Augustus was an adult commemorating his birthday, references the birth of Augustus Caesar as the beginning of a new era in which there will be peace and prosperity. Augustus, himself a god, is said to be a savior sent by Providence whose birth was the beginning of good news. The words for savior (soter) and good news (euangelion) are the same words used in Luke when the angel reports the birth of Jesus to the shepherds.

Further, this inscription makes the claim that Augustus was sent to end war. After the announcement to the shepherds, multiple angels appear saying, “Glory to God in the highest heaven, and on earth peace among those whom he favors!” (2:14). Not only is the advent of the savior Jesus good news, Luke claims that God is the one who brings peace. These claims are in stark contrast with the claims of Rome and the emperor.

In our American context the notion of Jesus as king is a spiritualized metaphor devoid of much of its political emphasis. But in the ancient world, a king held real power for real people. A king’s choices had impacts on food distribution, health, wealth distribution, and more.

Augustus claims to have brought peace and to be a great benefactor to all humankind. Yet wealth distribution in the empire was inequitable; while about 3% controlled 90%+ of the empire’s wealth, most people hovered around or below subsistence level.2 The empire taxed its people extensively. Taxes were paid in kind, and a small farm could be taxed as much as 75% of its yield, depending upon how corrupt the individual tax collectors were. The Pax Romana (Roman Peace) was the result of violent subjugation, not radical inclusion. Augustus’ rule often benefited the few at the expense of the many.

Jesus, heir of David, is a different kind of king altogether. His birth announcement is delivered to shepherds in the middle of the night. Without coercion, his peace will come to those who accept his teaching and follow God. His work will be known not through self-serving monuments and inscriptions, but through relationships. His cohort is made up of poor laborers and women. His work will be among the poor, the outcast, the impaired, and the exploited. He will remember the forgotten and bring them into his community.

The silent night that I often imagine in my idyllic version of the nativity is too tame for what was unleashed that night in Bethlehem. God broke into the world in a brand new way. A king was born whose rule benefited the broken, brokenhearted, and bereft. This is the good news of a savior indeed.

A king was born whose rule benefited the broken, brokenhearted, and bereft

What does it mean to use “heir” as a theological concept rather than a legal one?
Print All Text Print All Commentary