The announcement is grand but also dumbfounding

JESUS MAFA. The birth of Jesus with shepherds, from Art in the Christian Tradition, a project of the Vanderbilt Divinity Library, Nashville, Tenn.
December 25, 2022 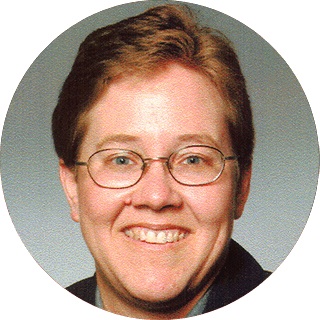 As with the story of Jesus being born in a barn (see the commentary on Luke 2:1-14), our Nativity sets, alongside much classic artwork, Christmas pageants in church, and many Christmas cards, have romanticized the story of “shepherds keeping watch over their flocks by night.” I’ve usually seen them pictured on peaceful grassy hillsides and portrayed by children in pageants. Though I love children participating in the story in our church settings, I also know that these romanticized versions of the shepherds have frequently blinded us to the shock and challenge Luke’s account would have offered his first century audience. I invite us to “visit” Luke’s first century world and re-hear this story in that context.

We begin by acquainting ourselves with 1st century Judean shepherds and shepherding. Judea was (and is) mostly desert, so there were no grassy hillsides near Bethlehem. Grazing sheep in the desert meant constant movement to find adequate food and water, so these shepherds were nomads living in tents. They had to cope with the fierce desert sun by day and then very cold nights once the sun set. Since water is necessary for life, most of the water they found was used for drinking (by sheep and shepherds) leaving little for hygiene and less for the ritual purity acts which were a significant part of faithfulness for many first century Israelites (see, for example, Mark 7:1-5). Consequently, shepherding was considered a lowly, even despised, occupation in this world.

In addition, shepherds were poor. In fact, these shepherds may not have owned the sheep over which they watched. They may have been hired hands who were responsible to the wealthy owner for the well-being of the sheep. Thus they had to watch over the sheep “by night” when desert predators, who also roamed the land seeking food, were likely to attack. A lost sheep could mean lost wages for hired hands. Finally, the movement and constant vigilance meant shepherding was a full family effort. Women and children also watched over and cared for the sheep. We shouldn’t imagine only men out in the fields when an angel of the Lord appeared.

A “grand announcement” by an “angel of the Lord”

As noted in the commentary on Matthew 1:18-25, “angels of the Lord” in the Jewish apocalyptic tradition bring messages from God which reveal the unfolding of God’s purposes for the promised renewal of creation. To encounter such a messenger, receive a revelation which is bound to be life-changing, and recognize the awe-filled nearness of that which is Holy, nearly always inspires fear in the biblical accounts. Whenever we “domesticate” God such that we lose this fear, we’ve likely lost a strong sense of the mystery and majesty of God.

Luke’s shepherds “were terrified” (2:9; remember the King James Version: “sore afraid”?) by their experience of an “angel of the Lord” making a grand announcement to them. “Grand announcements” normally happened in their world in palaces and great halls whenever a ruler had a son/heir to his throne. The rulers’ allies and rivals were invited to hear the news of the expansion of the ruler’s power into the next generation. His allies celebrated. Rivals pretended to do so while likely seething with resentment. These events were intentional and ostentatious displays of political might in their world.

In Luke’s story God also has a grand announcement of the birth of God’s son. But the announcement is made to despised shepherds in the Judean desert, which is about as far from the halls of first century political power as one could get. The announcement is grand but also dumbfounding: The good news for all people is that the long-promised Messiah has come (2:11) but will be found in a barn in a feeding trough (2:12; see the commentary on Luke 1:1-14). The result is peace for those whom God favors (2:14).

A first century audience, already surprised by the story of God’s son born in a barn, might well have been astonished by God’s grand announcement made to these shepherds. Our beautiful Nativity sets and familiarity with the story may hide from us a likely reaction from Luke’s first readers: “This is your God? This God with a son in a barn and an announcement to shepherds is renewing creation and will bring peace despite opposition from mighty Rome? Are you serious?”

Perhaps more astonishing still is Luke “doubling down” (as we might say) on this presentation of God. He recounts that the shepherds left their sheep in the night—a risky act since they’d be further impoverished or held accountable by the wealthy owner if sheep were lost—to go to Bethlehem and see for themselves. Afterward they bore witness to their experience (2:17) which caused those who heard them to marvel or wonder (2:18), though perhaps not in a positive sense. Despised shepherds claiming a revelation from an angel of the Lord might have prompted “wonder” about their mental state!

But Luke seems to delight in the “wonder” of the story, which may be why God’s good news is for “all people” but God’s peace is for “those whom God favors.” God’s ways aren’t like human ways, God’s power is altogether different from Rome’s, and God “lifts up” shepherds and other “lowly ones” (see 1:52) rather than oppressing and exploiting them because all people are beloved children of God (see the commentary on Matthew 1:1-17). Rome offered peace by conquest. God offers peace via love and mercy. Those who are open to this unexpected revelation are the ones who find themselves dwelling in God’s peace. The darkness surrounding those shepherds was genuinely deep, but Luke insists the dawn has broken for them via a child born in a barn who will guide any willing to follow (even at great risk) into the way of God’s peace (see 1:78-19).