This passages stands as one of the classic battlegrounds for debates over baptism: whether people should be re-baptized, whether water baptism is enough or if the baptism of the Holy Spirit is required as well, or whether prophecy and/or speaking in tongues are necessary elements of what it takes to be a true believer.1 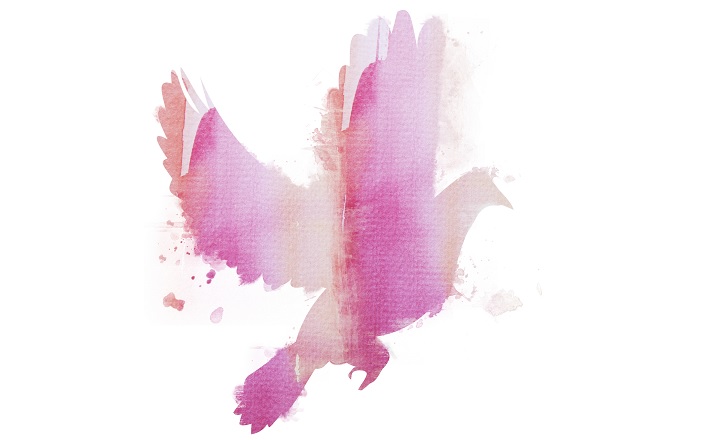 This passages stands as one of the classic battlegrounds for debates over baptism: whether people should be re-baptized, whether water baptism is enough or if the baptism of the Holy Spirit is required as well, or whether prophecy and/or speaking in tongues are necessary elements of what it takes to be a true believer.1

Those questions have been debated for centuries. Different denominations that each hold to particular interpretations and practices will have plenty of resources at their disposal to bring to bear on this passage.  So, this particular commentary will focus on other aspects that provide starting points for reflection and proclamation.

This passage illustrates that there was a variety of teachings and practices to be found among early Christian communities. In fact, we probably should avoid using common expressions such as, “the early church believed that X” or “in the early church, people did Y.” Those expressions imply that “the” early church had one, uniform set of doctrines or that there was only one way that all early Christians practiced even what came to be called the Sacrament of baptism.

Apollos — who is first mentioned in the preceding passage (Acts 18:24-28) — was an itinerant evangelist with many gifts, but he only knew “the baptism of John” (18:25).  Apollos, apparently, was the person whose enthusiastic proclamation of The Way in Ephesus led a number of people to believe (18:24-26).  When Paul traveled through Ephesus after Apollos had moved on, he discovered that the believers there had been baptized “into John’s baptism” (19:3).  So, Paul baptized them in the name of Jesus (19:5).

Again, not focusing on whether that constituted a re-baptism but on the diversity of practices among early Christians, one might note that Paul’s “correct” baptismal formula — “in the name of Jesus” — does not correspond to the formula found in Matthew 28:19, where we are called upon to baptize “in the name of the Father and of the Son and of the Holy Spirit.”  All this is to say that, at least when comparing Acts to Matthew, the efficacy of baptism did not depend on the baptizer saying the same set of words in every case.

Something else was at work besides the form of the baptism.

The key element was the living presence of God in the life of the believers.  Paul’s first question to the believers is not “how were you baptized?” (although he does get around to that).  His first question is whether they have received the Holy Spirit (19:2).  Do they live their lives aware of, open to, filled with, and guided by the Spirit of God?  That constitutes the key question of this passage, a question worth directing to ourselves and our own communities of faith today.

Regardless of how or where we were baptized, how is our life in the Spirit now? How are we living out our baptism now?

And, the key question does not find its final answer in the fact that after Paul laid his hands on the believers they spoke in tongues and prophesied (19:6).  Suppose Paul were to return a year later and ask them again if they had received the Holy Spirit, and they were to answer, “Of course, remember that day when we spoke in tongues and prophesied?”  Most likely, Paul would have then replied, “Okay, but what have you done in the Spirit since that day?”

Ultimately our life in Christ is not just about any particular event(s) that might have taken place in the early (or later) days of our faith.  Those moments — if and when they happen — are gifts from God to be treasured, but they constitute starting points, not ending points.  After Paul laid on his hands and they spoke in tongues and prophesied, they were not, therefore, finished.  Although this assigned pericope ends here, the believers’ stories do not.  They still had much to learn and much to bring to life as the Spirit moved them.

If their active life in the Spirit had ended there, then they would still be missing the point of what the Holy Spirit makes possible.  In fact, as their story continues, after Paul’s initial contact with them, he spent two years in Ephesus in discussion in the synagogue and in a lecture hall, and he took those believers along with him (19:8-9).  One crucial aspect of baptism is not what happens when we’re baptized but what happens after we’re baptized.

This passage also connects with the gospel reading from Mark 1:4-11 (as well as Matthew 3:11, Luke 3:16, and John 1:33).  In the four gospels and in this passage from Acts (including both Paul’s and John/Apollos’ baptisms), the intent is to focus us on Christ and to share with others what Christ brings into our lives and into the world.  Not to focus on Christ only as someone who did something for us “back then” but to focus on Christ as someone who, through the power of the Spirit, lives in us and moves us forward today.  John/Apollos’ baptism of repentance and Paul’s baptism in the name of Jesus ultimately find their fulfillment — if they do find fulfillment — in transformed lives.

The assigned pericope takes place in the middle of a longer sequence of events.  In the preceding passage, Apollos is instructed in The Way, comes to Ephesus and teaches others with enthusiasm and insight.  People believe.  After he receives deeper instruction from Priscilla and Aquila, Apollos moves on.  Those who had believed on the basis of Apollos received deeper instruction from Paul.  As he moves through various preaching and teaching contexts in Ephesus, those believers move with him.  One transformed life leads to the transformation of other lives which leads to the transformation of other lives, all centered around the questions, “Did you receive the Holy Spirit when you became believers?” and “How are you continuing to live in the power of the Spirit today?”