Ephesians proclaims the exalted position of the resurrected Jesus as evidence of God’s power, the same power that is at work in the church.1 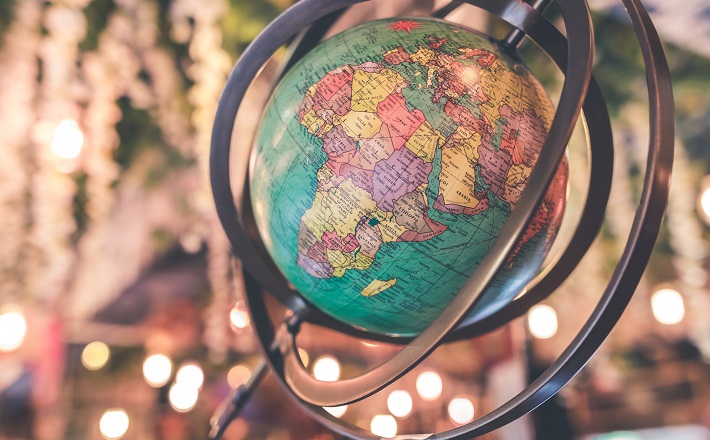 Ephesians proclaims the exalted position of the resurrected Jesus as evidence of God’s power, the same power that is at work in the church.1

Like Ephesians 1:3-14, verses 15-23 are one long sentence in Greek. The subject of the sentence shifts seamlessly from thanksgiving for the faith of the Ephesian church to a prayer for their continued enlightenment (verse 16) to a confession of the authority and power God has given to Christ (verses 19-23).

The recipient church’s reputation for faith (verse 15) does not stop the author from petitioning God that they might increase in knowledge. He prays that God may grant them “a spirit of wisdom and revelation” (verse 17, NRSV). This prayer does not negate the faith the community already has, but reflects a tension that runs throughout the letter, in which the church occupies an exalted state as the body of Christ even as it remains in need of instruction and growth.

Throughout the letter, the author affirms that the church already occupies a high position, at the same time he calls them to attend to their spiritual advancement. On the one hand, the author later describes the church as being seated with Christ in the heavenly places (Ephesians 2:6). (This exalted description of the church is unique in the Pauline corpus and is one-reason scholars think the letter may be written by another author in Paul’s name.) On the other hand, even though it is Christ’s body, the church is instructed about its need to “grow up in every way into him who is the head” (4:15). Thus the image of the church as Christ’s body, which begins in 1:23, should not be taken as a simple equation of Christ and the church. Instead the author suggests that, as Christ’s body, the church needs to continually strive to “lead a life worthy of the calling to which you have been called” (4:1).

Because of this, the prayer for wisdom and knowledge of verse 17 is not simply a convention of prayer but is a real request that the church may grow in knowledge. The author prays specifically that the church might know three things (verses 18-19): the hope of their calling; their rich inheritance from God; and the power of God who raised Jesus from the dead and seated him in the heavens. Because the passage falls on Ascension of the Lord Sunday, these comments focus primarily on the third of these petitions.

Although the letter has already raised the topics of the believer’s hope in Christ (Ephesians 1:12) and the inheritance given by God through their adoption as children (1:14), these verses bring a new focus on the church’s knowledge of the power of God. The power of God is seen not only in the resurrection of Jesus (verse 20) but also in what happened after Christ rose from the dead. God seated him in the heavenly places and gave him power over other rulers and authorities (verses 20-22).

Christ is envisioned as being above all powers. The four words in verse 21—“rule and authority and power and dominion”—are roughly synonymous. The collection of them here is meant to suggest a power that is all encompassing. Although the power evoked thus supersedes any number of earthly or spiritual powers, the concern of the letter is less about human and political powers and more about spiritual forces. In Ephesians 2:2, the author reminds the audience that they formerly followed “the ruler of the power of the air, the spirit that is now at work among those who are disobedient.” This ruler is a force that competes with Christ for human allegiance, which the readers formerly pursued. They know now that Christ triumphs over all forces or authorities that humans might follow.

Although the idols of our modern age differ somewhat from those of antiquity, contemporary readers certainly share in common idols like the pursuit of wealth and status above other considerations, and the arrogance of making one’s group identity superior to any other. Preachers may want to select one of these or some other specific “spiritual power” that the congregation will recognize as competing with their allegiance to God.

The passage thus lends itself to a view of Christ’s ascension as a tenet of the faith from which the church may draw strength. The idols of the world no longer hold sway. Although they certainly may appear powerful from our human perspectives, the reality revealed in Christ is that God has elevated Christ far above all of these other powers, so that allegiance is rightly directed to him.

The call is for the church to “know” God’s power as it is revealed in Christ. This Christ who is above all things is also the head of the church, which is his body (verses 22-23). The letter goes on to call the church to unity, a unity that is founded on Christ’s reconciling work (Ephesians 2:13-18). Unity is not achieved because the parts of the body are identical. The work of unity is active: the church must build itself up in love (Ephesians 4:16), without eliminating the differences of its members.

The concentrated language about strength and power in verses 19-22 returns in chapter 6 of the letter, where the church is called to “put on the whole armor of God” (Ephesians 6:1; cf. 6:13). In these later verses, the church is portrayed as joining in the struggle against rulers and authorities of the spiritual realm (Ephesians 6:12). Although Christ’s power above all other powers, the church is not to leave the battle to Christ, but participates actively by pursuing truth and peace and faith. In these prefatory remarks of chapter 1, the verses stress the overarching power of God that is visible in Christ, and positions Christ as the head of the body.

Electronic devices die, or at least that is how we describe what happens when their batteries have no power.

The book of Acts begins by reminding its reader, Theophilus, of an earlier book — the Gospel of Luke (Luke 1:1-4), placing the reader in the midst of an extended story with Jesus at the center.1

Ephesians proclaims the exalted position of the resurrected Jesus as evidence of God’s power, the same power that is at work in the church.1
Print All Text Print All Commentary