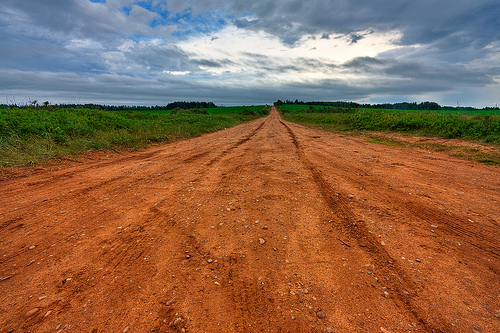 Editor’s Note: Each week in August WorkingPreacher.org will publish commentaries that correspond with the readings for Season of Creation 2014: Series A (The Spirit Series). A full listing of worship resources (including liturgies to accompany the readings) can be found online at http://seasonofcreation.com/worship-resources/readings/

While they contain different themes, the texts for Land Sunday all highlight the profound interconnections between humanity and the earth. The beginning of Genesis admits of the fractured relationship between humans and the land, and other texts indicate that the land may even stand in judgment against humans. Taken together, these texts prompt reflection about the human responsibility to honor the land as part of God’s creation.

This second account of creation in Genesis places great emphasis on the relationship both between the elements of creation and between the creation and the divine creator. Humans are intimately connected to the land. Even the very name for humanity in Hebrew — ?adam — is closely linked to the term for the ground — ?adamâ. Humans are creatures of the humus. In this primordial age, the earth is a place of wonder and fertility.

It is the clay God uses to form humanity (3:9) and the soil from which God makes plant life sprout. Both humans and plants are created from the same material. Yet humanity is charged with being a guardian of the earth, as God places the human in the gardento keep it and to serve it (the Hebrew verb ‘abad can refer both to tilling the ground and to acting in service to another). However, the harmonious interconnection between the elements of creation is shattered as a consequence of human disobedience to the Creator’s command.

The lectionary text for Land Sunday highlights the series of curses parceled out to creation and its creatures as the humans are expelled from the garden. Each curse discloses yet another fracture between humanity and the natural world. Pain and hostility now characterize the relationship between the serpent and humans, between man and woman, and between humans and the earth. While both the man and the woman are sentenced to experience hardship and pain — the woman through childbearing and the man through harvesting food from the earth — neither human is cursed directly.

Rather, the serpent and the ground are cursed. The serpent’s curse is attributed to his culpability in the act of human disobedience, but the ground is cursed on behalf of the human. Although the earth bears no blame for the disobedience, it shoulders the burden of human sin, yielding thorns and inducing backbreaking labor for those who till it. The effect of human sin thus ripples throughout the cosmos, fracturing the symbiotic relationship between the elements of creation that was part of its original design. And yet humans and the earth remain inextricably linked: “for you are dust and to dust you shall return” (3:19).

The story of Cain and Abel likewise meditates on the tensionbetween humanity and the earth. Yet this time it is the human — Cain, a “tiller of the ground” — who is cursed, and it is the ground that indicts him. Here the ground acquires a certain agency as it receives the blood of the slain brother and cries out against human injustice (4:10-11).

Psalm 139 indicates that land and spirit are instrumental in the fabric of humanity. As in Genesis, the creation of humanity is linked to the earth. The psalmist proclaims: “My frame was not hidden from you [O God], when I was being made in secret, intricately woven in the depths of the earth” (verse 15). God’s creative work is not removed from the cosmos, but takes place in its very center.

Furthermore, humans are not created for reigning over or standing apart from creation. The psalmist makes clear that humanity is one small part of the larger world. In fact, the psalm itself is a confession of the smallness of humankind in relation to God, whose inescapable presence spans the entire cosmos. The psalmist asks, “Where can I go from your spirit?” The implicit answer is, of course, nowhere! God’s spirit resides in the heights of heaven, the depths of Sheol, and the ends of the sea.

In this way, Psalm 139 provides a corrective to the idea that humans are the center of the universe, a notion that remains prevalent even today. Instead, the psalm indicates that humans are subordinate to God, whose spirit spans all creation. Accordingly, the psalmist’s words may serve as a prayer of confession for contemporary faith communities, acknowledging the place of humanity alongside the land — not above or in opposition to it — as part of God’s good creation.

In this larger section of his letter to the church in Rome, Paul is engaged in a lengthy discussion of the nature of justification and the work of Christ. Within verses 12-21, Paul draws a link between Adam and Christ and, in so doing, offers a reinterpretation of the creation story, pointing us back to Genesis. The first creation account (Genesis 1:1–2:4a) culminates in the divine proclamation that humans should have dominion over the land and its creatures (Genesis 1:28–30). Paul offers a slight twist to this theme, statingthat after sin entered the world, death exercised dominion.

Yet, Paul insists, it is through Christ that grace, not death, exercises dominion in the world. Accordingly, even as death exercised dominion through Adam, “much more surely will those who receive the abundance of grace and the free gift of righteousness exercise dominion in life through the one man, Jesus Christ” (verse 17). In other words, those who are in Christ are called to a way of lifethat is a response to this abundance of grace and gift of righteousness. This striking pronouncement reframes the idea of human dominion over creation, and it calls the community to live in the world — and in relationship to creation — in a manner that models grace and righteousness.

The significance of Jesus’ reference to the “sign of the prophet Jonah” (cf. Matthew 16:1-4; Luke 11:29-32) has sparked much discussion. While the reference to this sign in Luke’s gospel highlights the prophetic message of judgment, the Matthean text offers a twofold interpretation of the sign of Jonah. In addition to Jesus’ preaching of repentance, it refers to Jesus death and resurrection, drawing a comparison with Jonah’s symbolic death in the belly of the fish and his emergence from the waters of chaos onto dry land.

The invocation of Jonah is particularly noteworthy for the Season of Creation. Within the book of Jonah, God’s activity in creation prompts prayer and confession among the sailors who are caught in a great storm (Jonah 1:4-6, 11-16) and from Jonah himself (Jonah 2:1-9). In fact, the text depicts God acting in creation in order to instruct the prophet, whose concern for withering plant life becomes a sign of God’s concern not only for human life but for animal life as well (Jon 4:6-11).

These texts raise a question about the significance of the sign of Jonah in the contemporary world. As for Jonah, as for Cain (Genesis 4:10), does a word of judgment cry out from the land in our own time? How will we respond?