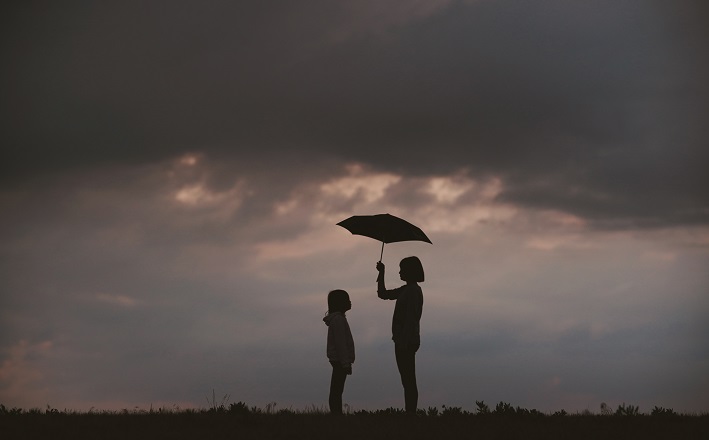 Photo by J W on Unsplash; licensed under CC0. 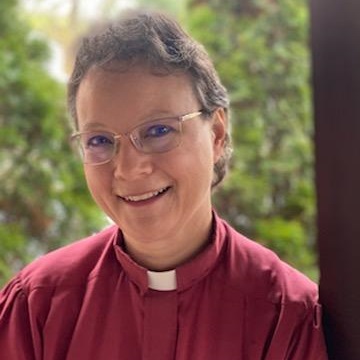 Editor’s Note: Working Preacher published commentaries that correspond with the readings for Season of Creation 2021: Series B (The Word Series). A full listing of worship resources (including liturgies to accompany the readings) can be found online at http://seasonofcreation.com/worship-resources/readings/.

Humanity Sunday provides an opportunity to remind our congregations that humans are, in fact, part of God’s Creation—not separate from or over and above it. Yet the species, forests, arctic ice, and island nations that are disappearing in our lifetimes are all evidence that we have neglected and violated our vocation as Earth’s caretakers.

Gus Speth, former dean of the Yale School of Forestry and Environmental Studies, once said: “I used to think that top global environmental problems were biodiversity loss, ecosystem collapse, and climate change. I thought that with thirty years of good science, we could address these problems, but I was wrong. The top environmental problems are selfishness, greed, and apathy, and to deal with these we need a spiritual and cultural transformation. And we scientists don’t know how to do that.”1

This being the case, a preacher can ask their congregation to consider key questions. What is the church’s role in addressing the problems of selfishness, greed, and apathy when it comes to environmental crises? How can we help bring about a spiritual and cultural transformation that can heal individuals, communities, and the planet itself?

In his famous 1967 essay, “The Historical Roots of our Ecological Crisis,” Lynn White lays the blame for the ecological crisis firmly at the feet of Judeo-Christian traditions. According to White, the Hebrew and Christian scriptures create “Christian attitudes toward man’s relation to nature … [in which] we are superior to nature, contemptuous of it, willing to use it for our slightest whim.”2 In White’s analysis, this religious anthropocentric attitude has led to humanity’s mistreatment of the earth.

While there is some validity to White’s critique, it begs deeper exegetical engagement. Biblical scholars such as Gerhard von Rad and Walter Brueggemann argued that the Priestly version of the Creation story (1:1-2:4) does, indeed, establish a hierarchy of humankind over and above the earth and its creatures.3 However, we must understand the context in which this account of Creation was written. During the period of the Babylonian Captivity when this story took form, this account of creation was a means of resistance against the Israelites’ oppressors. The Babylonians insisted on a story in which the gods created the world out of war and bloodshed. This provided theological justification for conquering and enslaving surrounding nations. The creation account in Genesis Chapter 1, however, is one where the deity peacefully speaks the world into being and human beings are imbued with dignity as well as responsibility for caring for the world. It is in this spirit that we must interpret Genesis 1:26-28—not as a means by which to justify humans dominating Creation, but as establishing a trust for which we are held accountable.

Psalm 8 might remind us of the beloved children’s book Guess How Much I Love You?4 “I love you this much,” said Little Nutbrown Hare to Big Nutbrown Hare, stretching out his arms as wide as they could go. This charming book has parallels to Psalm 8 which tries to find some way to express our awe and deep reverence for the world God has made, and for the creation of human beings. “O Lord, our Sovereign, how majestic is your name in all the earth!” “Guess how much we love you,” we say to God. “We love you as far as the stars in the heavens. We love you as high as the birds can fly. We love you as deep as the fish can swim.” God’s love for us is even more far-reaching: to the moon and back!

Speaking of children, “Out of the mouths of babes and infants,” (verse 2) calls us to pay attention to the young ones today who are founding a bulwark because of God’s foes—the ones who are enemies of Creation. For example, the young activists in Our Children’s Trust are fighting to sue the U.S. government to stop climate change and preserve their future and life on this planet. Indigenous children stood up at Standing Rock in 2017 to claim the sacredness of their land and resist the construction of a pipeline filled with filthy, explosive oil. The teens and young adults such as Greta Thunberg and many others in the climate movement are challenging their elders to create legislation that curbs greenhouse gas emissions and implements a plan to mitigate the worst effects of climate change with policies that lift up the poor and oppressed. Young people are doing all of this to bring about justice for people and the planet.

Paul wrote this letter while in the midst of imprisonment. Despite his incarceration and suffering, he expresses joy throughout this letter and encourages the believers at Philippi. Paul’s words can be a source of encouragement for us as well, especially as we are beset by so many environmental crises.

What does Paul point to as bringing him joy? It’s when the believers are “of the same mind, having the same love, being in full accord and of one mind” (verse 2). In other words, when Christians work together on issues of, say, environmental justice, that fellowship (koinonia in Greek) can be a source of immense joy—even when the occasion for doing so is depressing. In your sermon, you might share stories of religious environmental activists finding common purpose and joy in their work together.5

James and John represent the desire to acquire power by being in close proximity to those who are already powerful. But Jesus turns their desire on its head. His assertion that leaders must be servants of the people is, in fact, a political statement that flies directly in the face of the Roman Empire and its notions of power. Jesus is making the case that if one truly aspires to greatness, it must be a greatness of the collective, of the community, and serving within that community. In other words, God’s power does not come from above, but from below.

What might be the ramifications for churches seeking to serve within an environmental context given what Jesus explains in these verses? It means doing the “dirty work” of cleaning up, getting in the muck, and restoring habitats, for example. And, yes, it means getting involved in politics and policy work—because that is where the church can remind those in power what their role truly is: serving.

This humble service is the bedrock of the church’s faith-in-action. Christopher Douglas Huriwai writes that for the Maori people of New Zealand, humility is reflected not just in their foundational stories, but in their very language. They see themselves not as “above” the land, but nurtured by the land as a child is nurtured by their mother. The word whenua means both land and placenta! This is why, after a birth, the placenta is buried in ancestral land in a sacred ceremony. “Through this practice, an unbreakable bond is established between the child and the land, establishing the child’s place in the world and proving the fertile ground from which the child’s pepha (identity) is enabled to emerge.”6 Imagine if, in our humble worship of the humble Christ, we might regard Earth with such reverence—ensuring that both Earth and women are protected in their sacred tasks of birthing.

Assistant Professor of Preaching and Worship