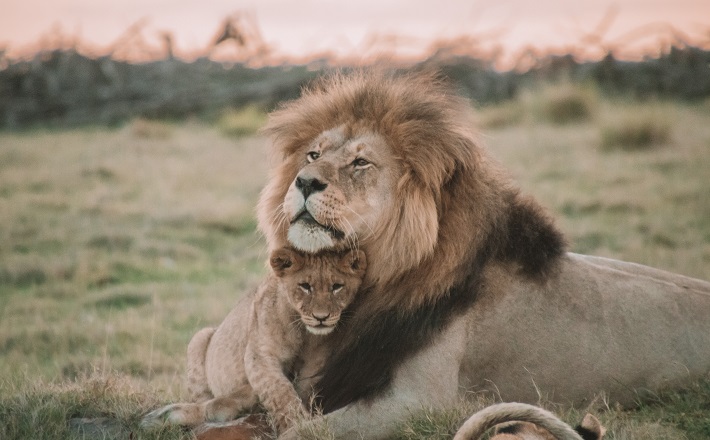 Photo by Brianna R. on Unsplash; licensed under CC0. 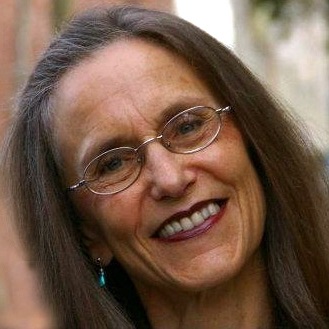 Editor’s Note: Each week in August Working Preacher will publish commentaries that correspond with the readings for Season of Creation 2021: Series B (The Word Series). A full listing of worship resources (including liturgies to accompany the readings) can be found online at http://seasonofcreation.com/worship-resources/readings/.

Our texts for this Earth Sunday took my breath away. They are full of the “agency” of the Earth. By agency I mean the power to respond, to do, to communicate, to act. The Earth in these texts collaborates with God in creation (Genesis), embodies God’s justice-seeking love (Psalms), fears God (Psalms), reveals God (Romans), sees and understands God (Romans), and finally the earth creature—flesh—becomes the material form of this God (John).

The Psalmist declares that “The Earth is full of the steadfast love of the Lord” (Psalm 33:5). Can this be true? The Hebrew word, erets, indeed refers to the earth, the land. The psalmist does not say the kosmos which is a less earthy word including inhabitants of the earth. No, the psalmist says the earth itself, the land, is full of God’s steadfast love. And the earth—the land—is to fear God.

Let us dwell with this notion, so very foreign to the consciousness of modern Western human beings—that the Earth itself is bearer of, body of, God’s steadfast love. If this is the case, then we would be wise to understand as much as we can about just what this “steadfast love” is. Doing so is fraught with ambiguity and intrigue. In teaching I suggest to my students to take out of their minds the English word “love” when seeking to grasp what the biblical authors mean when they use the words that English Bibles translate as “love.” I suggest this because in reading the English word “love” in biblical texts, people make assumptions about what it means. Our unconscious inclination is to understand “love” in the biblical texts according to our existing understandings of the English term. Consequently, preconceived notions of love shape our understanding of God’s love and God’s directives regarding human neighbor-love. These assumed meanings may have little to do with love as a biblical norm. This tendency limits our understanding of God’s love and neighbor-love to our own socially constructed notions of love. This limitation is immense. It diminishes and compromises our sense of divine love and the call to embody it.1

Moreover, two distinct Hebrew words and three Greek words, all with different but related meanings, are translated into English Bibles as “love.” So, let us have a look at the specific Hebrew word, “hesed” (translated into English as “steadfast love”), that fills the Earth in Psalm 33. Hesed may refer to God’s love for the world or humanity, love for God, or human love for others. It connotes not just a feeling but a steadfast commitment to serve the well-being of whomever or whatever is loved.

A further look at the text reveals that, while the NRSV says that the Earth is full of God’s steadfast love, the Hebrew text says more. The Earth, it says, is full of God’s hesed, mishpat and tsedaqah! Both mishpat and tsedaqah are rich and textured terms; neither is adequately translated by any single English word. Tsedaqah, commonly translated as righteousness, refers to right relationships between God and God’s people, between persons, and between groups. Right relations are those that allow the needs of all to be met in a way in which relationships can flourish and community can be preserved. Mishpat, commonly rendered as justice, righteousness, or judgement, has broader connotations including upholding the rights due to every person.2

As a whole the justice implied by these two words as they appear throughout the Hebrew scriptures:

The Genesis text draws us further into earth’s agency. Rabbi Ellen Bernstein taught for a day in my ethics course. She focused on this text, and from her we learned new wonders in it. This earth, she noted, is called by God to collaborate with God in creating—even to co-create—and earth heeds God’s bidding! At God’s behest, the Earth “put[s] forth vegetation” (Genesis 1:11) and “bring[s] forth living creatures of every kind” (Genesis 1:24). So too the waters are called by God to co-create—to “bring forth swarms of living creatures” (Genesis 1:20). Moreover, God deems what earth and waters have done to be good, “tov,” connoting not only aesthetic goodness but also moral goodness of a life-generating nature.

With Paul’s letter to the Christians in and around Rome, we see yet more dimensions of the earth’s agency as created by God. “Ever since the creation of the world,” Paul writes, God has been “understood and seen through the things God has made” (Romans 1:20). What? What? God has been understood and seen then for billions of years before humans came onto the scene, long before Jesus of Nazareth walked the land. Who or what then was understanding and seeing the power and nature of God?

The suggestion—clear as can be—though I had not seen it before rereading this text again, is that the creatures and elements of this earth, even the elements that existed eons before plants and animals came into being, have been “seeing and understanding” God. This is agency of the highest order; the elements of earth are doing what might be seen as the highest quest of the human—to see and understand more fully the God whom we are called to love, serve, and follow. “The things God has made” have been doing just that “ever since the creation of the world.” What a startling claim! The implications abound. For one, would it not be wise then to listen, attune our ears to, learn from the creatures and elements about what they have seen and understood of God. Might we glimpse more fully just who this God is if we learn from the elements of creation that have been seeing and understanding God long before our young species was born?

And finally, in John, “flesh” becomes the form of Godself in the world. Flesh, the cellular, material, organic, molecular material of earth creatures—composed of the very elements of ancient stardust that burst forth some 13.5 billion years ago—this material becomes the body of one whom Christians know as a person of God.

Held together, these texts draw us down paths largely untrod by modern Western humans, paths into beholding and honoring the other-than-human parts of creation as players in the great story of God’s creating, healing, liberating presence in and with the world. No longer can we see Earth as simply the stage on which the great God-human drama plays out. No, the Earth is active in that drama, as teacher, see-er and understander of God, co-creator, obeyer of God, body of God’s justice-making love.

And these texts are not alone. Other texts too portray earth’s agency in these and other senses (for example, Job 12:7-10; Psalm 19:1; Psalm 148; Deuteronomy 30:19-20; Job 38:1; and more). Yes, the implications of these texts (together with others that reveal Earth’s agency) astound and herald hope-giving possibilities. Other-than-human creatures and elements embody and reveal Divine agency toward creation’s flourishing. Earth is full of God’s creative, saving, revelatory, empowering presence. The Earth becomes, in ways that most of us have not yet glimpsed, a subject with divine energy.

Most inhabitants of a modern Western worldview do not customarily think of such agency in creatures and elements other than humans. We commonly assume that a distinguishing characteristic of humankind is our capacity for hearing, heeding, and teaching who God is. These texts suggest otherwise. New life-giving possibilities for understanding the roles of the other-than-human emerge as we attempt to relinquish the anthropocentric (which often means Eurocentric) blinders shaping received interpretations.

God’s Spirit—the Spirit of boundless justice-seeking love—at play in and with otherkind may nurture humans’ power to heed God’s call to love neighbor with a love that challenges and changes injustice. We are well advised to learn from and heed the other-than-human languages of this Earth. It is uncharted terrain—creation as abode and servant of divine and indefatigable love.

This does not mean that “nature” models morality. One predator taking down the mother or offspring of another, the agonized faces of tsunami survivors, the fierce onslaught of disease, or slow and agonizing death dispel that notion. What is natural is not necessarily moral. The point is not to hold up nature as a blueprint for morality. Rather, the point is to cultivate receptivity to hearing the voice of God in the other-than-human parts of nature, learning from them about how to live rightly, and being nourished for the work of earth-honoring, justice-making neighbor-love by God’s Spirit at play in creation. Doing so may render hope and power for the journey toward a world in which humankind is not toxic to our planetary home and in which none amass wealth or power at the cost of others’ impoverishment or degradation.

Professor of Theological and Social Ethics