Designing the Mystery: Preaching at the Sending Rite 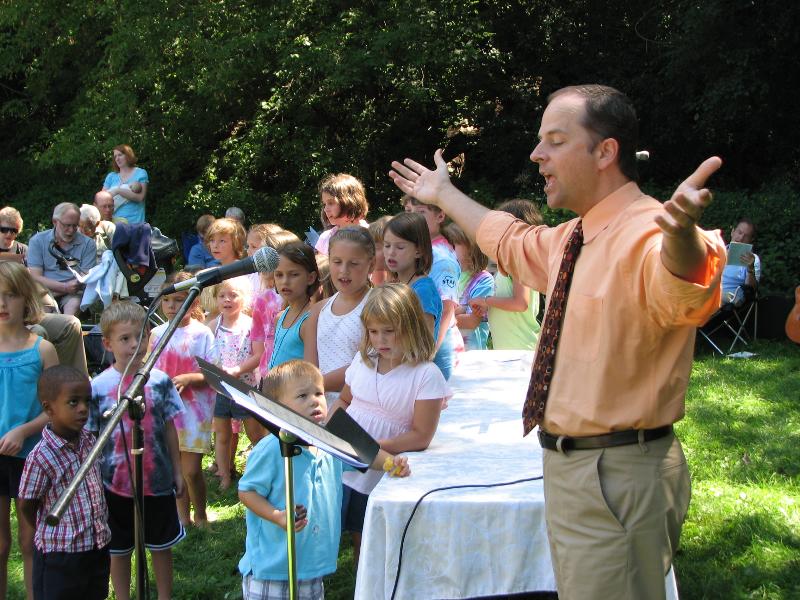 In a previous congregation, we ended every liturgy by processing to the back of the worship space. The congregation turned toward the cross as it passed by. At the end of communion, the ushers had opened the door so that the cross could stand in the doorway. As we turned to follow the cross, we literally turned toward our neighborhood and looked out the door. Sometimes we could feel the breeze or hear the sound of the rain. Fortunately, it was a climate that allowed for this possibility virtually every week. We were literally facing the city, our Monday mornings, and our relationships beyond the walls of the church.

To think more precisely about preaching, is there a way for the sermon to link as clearly to our mission in the world? Of course, we do that in the sermon itself. Could this extend to the sending rite? When I worked at a United Methodist university, the preacher was always asked to give the benediction. In Presbyterian circles, the leader often sends the assembly out the door with a charge, usually grounded in the Scripture for the day. In my experience, this often happens spontaneously, with the preacher riffing on sermon themes to send, bless, and embolden the assembly. In my own Lutheran tradition, we have a series of dismissal sentences that help the assembly move quickly from table to sending. “Go in peace, serve the Lord.” The assembly responds, “Thanks be to God!”

I’ve wondered if Lutherans should consider making those two sentences into something more, perhaps not something too long because we do want to move quickly into the world after being fed. Could the sermon be the source of a series of little sentences, a series of short call-and-response phrases that make clear how the gospel we’ve heard now shapes our character or our mission in the world? A dialogue of commitment and service? Could these sentences help us imagine our vocation to live as disciples?

For example, last week I preached on Matthew 5:13-20, referencing both Luther’s defiant claim in the face of evil and darkness, “I am baptized,” as well as a story by Desmond Tutu that calls the church to rise up like eagles.  Had I worked on this article before I preached, we could have ended with a simple expanded sending:

In the face of darkness and challenge,
We are the light of the world.

In the face of discouragement and challenge,
We claim God’s promise in baptism.

Rise up on the wings of eagles.
We rise as a people of compassion and gentleness, a people confident in hope.

Go in peace.
We are the salt of the earth.

You may have some idea what’s appropriate for your setting and for your people; and if you don’t already know, you’ll find out! If nothing else, you’ll draw attention to this important aspect of worship.

If you’re wondering, why include the call and response? Why not simply leave it up to the preacher to extemporaneously send worshipers out with a few good words?

I would argue for the sending to be grounded in the voice of the assembly, as much as in the voice of the preacher. Rather than listening to the preacher send us out or charge us up, the assembly gives voice to its deepest prayer to be faithful in all things. Of course, sometimes seasonal themes may provide some powerful language. Perhaps the careful preacher might prepare a sending dialogue that concretizes the sermon’s message, ending the service with a call to service that has resonance with the sermon.

This is part of a bigger shift in planning worship – from worship as a performative activity to a formative experience.

The biggest challenge, of course, for those of us who preach would be to consider our sermons early enough to bring these messages to worship planning or to bulletin preparation. It may be worth the challenge, however, to give the assembly something to say of its own commitment on leaving the worship service.

Rather than just being thankful that God met us in Word and Meal, can we say something about how we will respond to that Word? Amen, of course, means, “Yes, it shall be so.” How can we expand our amens to send us concretely out the door?

If you’ve already tried something like this, what did you discover? Any particular successes or failures that you’d be willing to share in service of your preaching colleagues?

Write a comment below to share your experience. Consider including the sending phrases you’ve used or describe other ways you’ve found to “send them running” at worship’s close.

Bradley Schmeling’s bimonthly Working Preacher column, “Designing the Mystery,” looks at how to plan worship and preaching that is in step with the liturgy.