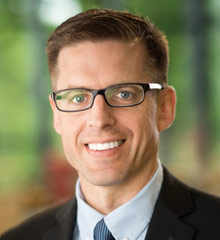 “The first responsibility of a leader is to define reality,” writes Max De Pree.1

In the past half-century, much emphasis has been placed on pastoral leaders’ ability to get things done–organizing and managing effective programs, launching entrepreneurial growth initiatives, visiting and counseling people in need. Less attention has been paid to a different, ancient dimension of leadership, the narrative or sensemaking function. This dimension is increasingly important today.

Sensemaking leadership is the way in which pastoral leaders interpret and interweave the stories and realities of the congregation and its surrounding community with God’s story. Today’s dramatically shifting world calls for renewed attention to ecclesial identity–what does it mean to be church amidst this new environment? Many church members are worn out with primarily doing church. They want help in making sense out of the complex realities they find themselves in, both personally and as a community.

In his helpful book, Making Spiritual Sense, Scott Cormode argues that Christian leadership is fundamentally an act of theological interpretation.2  Cormode traces this idea back through the Bible, referencing the prophets, the teaching of Jesus, and the narrative work of the first Christian leaders.

During times of significant transition in the church’s life, when long-operative assumptions can no longer be sustained, sensemaking becomes particularly vital. The emerging post-Christendom setting for the church in western culture brings with it all kinds of major questions. What does it mean to be a disciple, and how is it related to being a citizen? What is the nature of church membership? How can Christian imaginations be formed when we can’t expect the culture or even the family (in many cases) to do it for us? How can we share the gospel faithfully with neighbors who may have never heard it or who have purposely rejected it?

Imagination is at the heart of these questions. To live as a disciple of Christ is to indwell a different narrative than the dominant ones in our culture. In The Prophetic Imagination, Walter Brueggemann describes the prophet’s role in nurturing and evoking an alternative consciousness to the prevailing ones in the world.3  The church is an alternative community formed and cultivated by imaginative work–describing and re-describing reality through a different lens than the countervailing ones of the culture.

Preachers are blessed with an opportunity most organizational leaders would be thrilled to have–speaking to their membership every week. We who preach have an extraordinary forum in which to perform narrative leadership. Yet for Christian preachers, it isn’t sufficient to merely make sense for the people. Christian sensemaking happens communally. Leaders must make sense with the people.

What does this look like? Leaders convene the spaces in which sensemaking work takes place in Christian communities. Interpretation begins among the people as they wrestle with what it means to follow Jesus in today’s world. At the center of such engagement is the Word of God–the primary story that makes sense of us.

In the congregation I serve, we periodically gather members on Sunday mornings to engage in two practices: Dwelling in the Word and Dwelling in the World. The first is a form of communal listening to scripture in which no one adopts the posture of teacher or expert, but rather all participants are invited to share how their imagination was stirred by the biblical text.4  The second is an exercise developed by churches in South Africa in which people are asked to recall personal encounters during the past week in which God’s peace was or could have been shared. This often evokes powerful stories of meeting God in the stranger.

In these practices, the role of the pastoral leader is primarily to convene, facilitate, and listen. What happens, however, is a deepening of the pastoral leader’s immersion in the imagination and experiences of the people, which informs the act of preaching. Stories that emerge from the encounter between the Word, the world, and Christian community are interwoven into sermons, teaching, and other moments of public sensemaking.

Alan Roxburgh and Fred Romanuk suggest that the practice of cultivation lies at the heart of church leadership today.5  As leaders cultivate spaces of communal engagement with the stories of their daily life, workplaces, and neighborhoods in light of God’s Word, they have an opportunity to listen deeply and draw together threads of narrative.

Increasingly, the church in North America is being displaced from its position of privilege and social centrality. Christians are wondering with the Psalmist how to sing the Lord’s song in a foreign land,6  and with Jeremiah how to seek the peace of the city in which we find ourselves.7  The answers are not easy, nor are they likely to be found in the latest ministry fad or program. We are being invited to go much deeper–into the biblical story, into the stories of our lives, into the world–in order to discover who we are and God’s call for us.