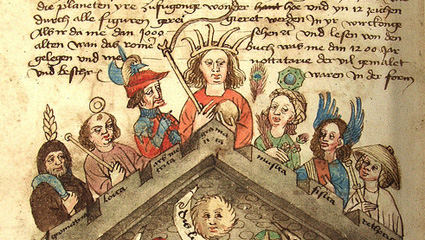 Welcome to the Sermonic Rhetorical Apps Shop!  Why visit?

Two of the most famous early preachers of the Church — Augustine in the West and Chrysostom in the East — preached sermons that used a wide array of effective rhetorical apps.

Rhetoric is the study of persuasive speech techniques. For millennia rhetoricians have compiled books and lists of the tremendous variety of rhetorical apps. Aristotle penned one of the still-famous works on the topic over two thousand years ago. Other well known rhetoricians such as Cicero and Quintilian also produced rhetorical manuals: their materials are reflected in centuries of the church’s theological writings.

What is a rhetorical application when used in a sermon? It is a particular way of using language to create a change in the listener’s perceptions of the Gospel. (Some people are more familiar with the phrase “figures of speech” rather than rhetorical apps.) Preachers who are aware of the variety of rhetorical apps available for use in proclamation can more deeply reflect the Gospel’s intrinsic nature: it is a change agent! A study of books, websites, speeches and sermons will yield information on this spectrum of linguistic choices.

A contemporary example of the effective use of a rhetorical app can be read in this excerpt from Dr. Martin Luther King Jr.’s “I Have a Dream” speech :

King used the rhetorical app of repetition to move his listeners beyond the past and to give them a vision for the future. Repetition is a far more complex phenomenon than one might think. For example, it can be use in a mere incantational style without adding any additional information or in a cumulative fashion, as King does in this part of his speech.

The history of rhetoric’s usage in preaching has admittedly been a troubled one! The church’s relationship with rhetoric varies over time. Since persuasive speech can be used to persuade listeners to the ill as well as the good, suspicions have sometimes been reserved for those who can use language skillfully. After all, one may be persuaded to do evil without intending to do so! You may have encountered rhetorical challenges when parishioners discuss with you the preaching style of televangelists who manage to draw large hearings with their skillful use of rhetorical apps — regardless of the quality of their theology.

Augustine, a former teacher of rhetoric, attempted to bring preaching the Gospel and rhetoric into conversation in his work The Doctrines of Christianity (Book IV). He both supported and challenged the uses of rhetoric in preaching in his work. In the United States through the mid-twentieth century, homiletical instruction continued to use rhetoric.

The word “rhetoric” in the last several decades has come to mean a negative response to speeches considered deceptive, weak or manipulative. You will hear people say, “It’s just rhetoric.” This statement belies the history of rhetoric’s use and is really a false disclaimer. All speakers use some form of rhetoric. The difference between the “high” rhetoric of a Chrysostom and centuries later the “plain style” of a Puritan preacher is a case in point.

Anyone committed to excellent preaching will study and value the role of the rhetoric in sermon preparation. One of the useful emphases in biblical studies has been a closer attention to the rhetoric of biblical writings themselves. There is significant literature on Paul’s use of rhetoric that can benefit any preacher who is preaching on Pauline material. Various contemporary works in the area of rhetoric are worth the preacher’s perusal in order to gain a sharper sense of how one’s own proclamation can benefit listeners with various rhetorical apps. Review your own sermons to see how rhetorical apps have been used in different contexts.

Robert Harris provides A Handbook of Rhetorical Devices, a useful website on rhetoric that can give you a sense of the many possibilities for employing language in the service of the Gospel. Your willingness to experiment with rhetorical apps creates more sermonic options. These are especially helpful for proclaimers who tend to use the same preaching style over time.

Rhetorical apps are as complicated as language itself. If you display a willingness to explore such apps and utilize them in ways that fashion biblical proclamation and are also reflective of the Bible’s own rhetorical usages in thoughtful and striking ways, both the pulpit and your listeners will be blessed!