Psalms that Reflect on Human Life 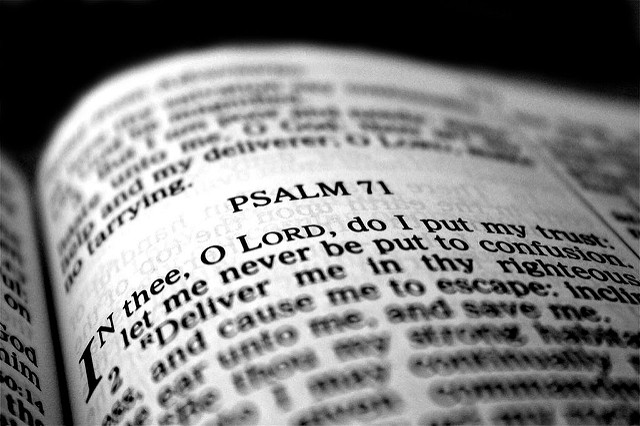 Three truths about humans living within a wider created world stand out frequently in the Psalms and elsewhere in the Bible. Each of these calls humans to grateful humility. First, humans are not the only creatures praising God. Second, we can look to nature to teach us about ourselves and our health. And third, like other creatures we are absolutely dependent on the structures and processes built into the natural world.

These truths, known to us from ancient scripture as well as from contemporary observation, are illustrated by the first three psalms in the lectionary readings for May. What a marvelous time of year for celebrating our ties with the created world, which are more intertwined than many understand.

Psalm 98 (May 6; see also Psalm 29 on May 27) proclaims, “Sing to the LORD a new song, for God has done marvelous things!” (verse 1). In response to God’s salvific marvels, all the earth is called to “break forth into joyous songs and sing praises” (verse 4). The phrase “all the earth” is ambiguous — does it mean the earth’s people or all the living creatures, or both? At first it pictures human joy, aided by lyre, trumpets, and horns. But suddenly the meaning expands: The sea itself is called to roar, along with all that fills it; the whole world and all who dwell in it — in other words, all of creation here on earth joins in praise. The floods are anthropomorphized as having hands to clap; the hills as having throats to sing, celebrating the coming of God as restorer of earthly justice.

We can take this extravagant song as hyperbole. Yet it leaves us with open questions about nature’s awareness, as does Genesis 1 when creation’s elements respond directly to God’s original commands, and Romans 8:19-22, in which creation waits longingly, groaning in labor. If we could hear the earth itself, what would it voice? Celebration of the divine will that planned the world’s intricate processes; yearning for all that upsets nature to be set aright?

Psalm 1 (May 13; see likewise Psalm 92, the complementary psalm for June 17) displays a mirror image of Psalm 98. Here, it is not the elements of the world that are described in human terms, but humans that resemble other creatures: trees, in fact. Those who delight in the law and remain steady in their attention, those who thrive within the limits of their God-given nature, living out their purpose as members of the created community, are like trees planted by rivers, their roots well watered. They remain steadfast and fruitful because they draw sustenance from the place where they belong. If it is true that trees thrive in habitats for which they were fashioned, certainly humans likewise thrive by living where we are meant to be, doing what God meant us to do, within the limits of our environment.

Finally, Psalm 104 (May 20; see also Psalm 107, complementary psalm for June 24) places humans in a world filled with God’s fascinating creatures, each one thriving in its niche, depending on the structures the psalm’s opening lines describe as designed by God. Gloriously, the psalm does not magnify humans, but puts us in our place: in a timeshare with the lions, who roam the same places by night that people do by day. Deep contentment with God and with God’s world shine through this psalm.

Although humans seem to be habitually restless, these psalms remind us that we are most at home in our creaturely humility. Our place within the web of creation offers us wholesome joy, steady purpose, and plenty to be and do.