Preaching, Trauma and the Cross 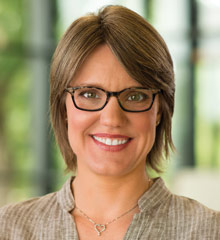 Theologian and author, Serene Jones, tells the story of a young woman she befriends in her congregation. During a celebration of the Eucharist, as the words of institution were spoken, “this is my blood poured out for you,” the young woman turned white, stiffened up, and then slid out of the sanctuary.

Jones went after her a few moments later and found the young woman shivering and disoriented in the church bathroom. When Jones met up with her on another occasion, the young woman explained that throughout her childhood she had been sexually abused by her father. Talk of bodies or blood sometimes just triggered panicked and uncontrollable sensations which left her confused and upset.1

This story poignantly illustrates that the Church’s focus in worship and preaching on Christ’s death and the cross, while deep sources of comfort for so many of us, often leave victims of violence alienated and confused. Words and images of Christ’s suffering and death bring back horrific memories which are so powerful that the listener cannot even bear to sit through them. Approximately 7.7 million people in the United States live with some form of a post-traumatic stress disorder,2 which is about one in fifty people. In a congregation of fifteen hundred congregants, for example, this translates into no less than thirty people sitting in the pews who may be having similar experiences of Christian proclamation and rituals as Serene Jones’ young friend. To a great many of our congregants, the “good news” of salvation is experienced as a terrifying story about divinely sanctioned violence and victimization.

So how does one preach Christ and him crucified? Preaching Christ means thinking broadly about the various saving “moments” of Christ’s existence: his birth, his life, his death, and his resurrection. By preaching evenly across these four “moments” of Jesus Christ’s existence, the good news of God’s gracious work avoids becoming a mixed message about abuse and love.

The “moment” of Jesus Christ’s birth is a salvific moment because it reveals the willingness of God to enter into a reality that is not God’s own. Early church thinkers like Athanasius, bishop of Alexandria, saw God’s taking on of human flesh as the most significant saving act of God in Jesus Christ. Preaching about this particular saving “moment” in Christ’s existence focuses our attention on the radical nature of God’s incarnate grace for the sake of truly healing our flesh — even victimized flesh — and for the sake of bringing us back into the mystery and grace of the Trinitarian life.

Focusing preaching on Jesus Christ’s life as a second moment demonstrates how God reconciles humanity to God’s being by reaching out across boundaries and liberating individuals from personal, racial, ethnic, and social oppression. Jesus’ fearless entry into the lives of those on the margins of society — Samaritans, prostitutes, tax collectors, even his enemies — illustrates how God turns the relationship between God and humanity around. Such a focus can translate for victims of violence into a promise of a better future and a life of acceptance into loving, non-abusive relationship.

Reformation thinkers like Martin Luther and centuries of theologians after him have proclaimed salvation on the basis of a third dramatic moment of Christ’s existence, namely, his death on the cross. The death of Jesus Christ illustrates God’s struggle and victory over sin, death, and the devil. On the cross, Jesus faces the violence of a fallen world on the one side and the wrath of God towards sin on the other, thereby saving humankind and reconciling us to the almighty and gracious Father.

This singular focus on the crucifixion as the most “real” and significant moment of salvation is an incredibly powerful narrative for preaching. But it is often interpreted by victims of violence or traumatic life-events in terrifying and confusing ways. The focus on Christ’s gruesome death can often suggest that God is frightening, unpredictable, or vengeful. Unless this terrible moment of Christ’s existence is carefully buttressed by the other saving moments of his existence, our focus on it can sometimes bring on more harm than healing.

A fourth “moment” of Christ’s existence is his resurrection. The resurrection has been seen as God’s final victory over sin, death and the devil. Preaching this saving moment of Christ’s existence draws the listener into the triumph of God’s grace and the reality of new creation. The resurrection as the turning point in the relationship between God and humanity illustrates God’s willingness and effort to create new life, and to make that which was impossible possible. It offers a vision of a future where violence, trauma, and victimization have no more power.

Preaching can transform language and images about God into a healing and saving power for those who have suffered trauma in their lives, especially when it explores God’s saving activity across all the moments of Christ’s existence. Christ’s birth, life, death and resurrection proclaim the grace and beauty of God’s saving action more fully than a singular focus on the cross ever could.

2This statistic comes from the National Institute of Mental Health.  Website accessed May 24, 2010.  www.nimh.nih.gov/health/publications/the-numbers-count-mental-disorders-in-america/index.shtml#PTSD