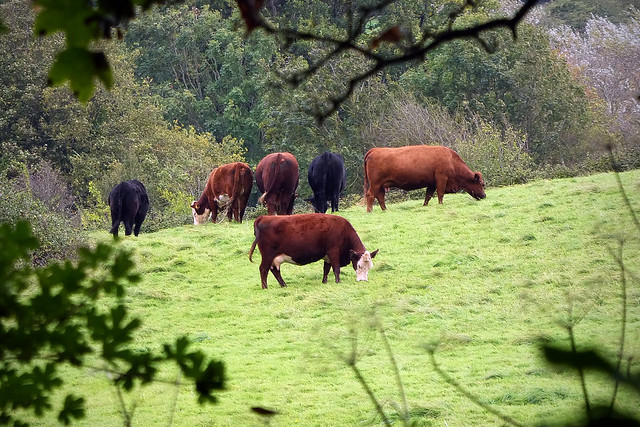 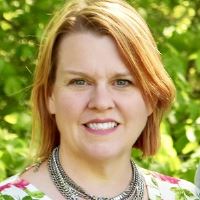 I grew up on a small farm in Eastern North Dakota. In college, I felt a call to rural ministry. I was the rarity, whose first choice was North Dakota. My first call was a two-point rural parish as a solo pastor. When I married Dustin, a farmer and rancher, I transitioned into a bi-vocational life. A year ago, we decided to stop farming and keep only the cattle. It is the most painful decision of our lives, but the right one. I serve a church, my husband is a Synodically Authorized Minister serving part-time in a parish and as a full-time paramedic; we raise cows with a partner. We may be the new normal in rural areas, wearing many hats in order to stay where we love.

Grain prices are at their lowest since 2008. Crop surplus, a trade war, and high input prices; these mean farmers and rural areas are struggling. The struggle is not just for the farmer’s family, but for the schools, businesses and neighbors supported by agriculture, directly or indirectly. Large equipment, a sign of success to the outsider, brings the need to produce more to sustain it.

At a national gathering, I was told, “you country people don’t understand the world.” That is a bitter pill when we are watching global markets, our industry organizations work to facilitate trade, and we have our agronomists on speed dial. All this while flying a drone to check livestock!

I’ve been told that farmers are why we have high food prices. But, a dairy farmer receives $1.39 for a gallon of milk costing $4.49. The wheat farmer receives 13 cents for every $3.49 spent on bread. A rancher receives $1.93 for a 16-ounce sirloin steak costing nearly $9 in the grocery store.1 People living in urban and rural areas need to listen to each other and learn the realities in which both live, even from the pulpit.

Churches notice rural economic instability first in the offering plate. Now we are noticing the lack of mental health services in rural areas. Depression and suicide are part of the landscape at a growing rate among producers and families. The “pull yourself up by your bootstraps” mentality is killing the same people who will run to help a neighbor harvest when there is a cancer diagnosis or natural disaster.

I am a preacher and a farmer. I’ve known the prosperity, as well as the current downturn. Sermons change because the audience changes, but it is the same people. I once challenged congregations in financial abundance. Now the same congregations are living in uncertainty. A young farmer may not remember the farm crisis of the 1980’s. The question is hanging over our heads, “What if I’m the one that loses the farm?” That is a question that has a lot of fear attached. I am not sure what the urban parallel is, but empathy could certainly be built by talking about the pressure.

Lifting up everything from gardens to fields when we give thanks for our food shows we are joined in God’s creation and are dependent on it. Animal blessings in October that have the dogs and cats show up but also a prized 4-H heifer, are powerful. Agricultural imagery in scripture is a touch point. The technology and machinery are different, but it is there that urban congregations can glimpse imagery that still resonates with their rural brothers and sisters.

When these texts arise, trying preaching illustrations that bridge the rural-urban divide in search of empathy:

Ecclesiastes 3:1-14 (New Year ABC): This text is used at the funerals of farmers/ranchers…a lot! Rural areas live by the seasons in a concrete way. At a funeral, the final season of death and resurrection is a sign of hope. And if farmers begin to lose farms, this will involve the same mourning as death.

Matthew 13/ Mark 4 (Propers 10A and 6B): The parable of the sower, weeds and wheat: People start to wonder if they are being good soil, but it’s about the sower and seed. This parable reminds us that we are called to cast the seed. To love our neighbor as Christ loves us and share and spread it liberally; the Holy Spirit will provide growth. Truthfully, farmers do try to find ways to care for soil so it is able to grow things well, but the planting is where it is at. Planting comes with a lot of risk and faith. Farmers put millions of dollars in the dirt and hope it will grow. This is any vocation: we cast the seed, but the growth is not up to us.

1 Corinthians 3:5-9 (Epiph 6A, Thanksgiving A): The imagery is of planting and watering, but it is God that gives the growth. It also shows the work is not left to one person. One thing lost in agriculture today is that we don’t do as much together; we used to have to work together to get everyone’s crop in. But whether it is an urban community garden or a non-profit like Farm Rescue that helps farmers in crisis, we work together in caring for creation and one another.

To have a Sunday focused on building understanding and empathy for rural life, you might also consider calling a rural colleague and inviting them to preach! For information on economic and political considerations, organizations like National Farmer’s Union (nfu.org) are useful.