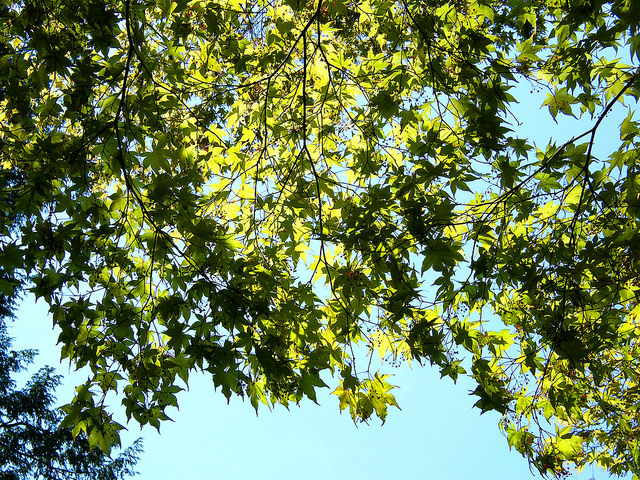 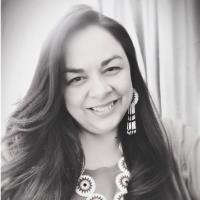 Indigenous people, such as my Lakota people, live our lives with honor and respect for the Creator (Wakan Tanka) and Mother Earth (Unci Maka), as well as all of creation, which includes every living thing. For readers of the Bible who are seeking Christian understanding of creation, such as whether people were created first or last, is not nearly as important as affirming the harmony and balance of creation itself.

As a Lakota person, my community’s deep spiritual beliefs are about being in touch with ourselves and everything around us. It is about knowing and understanding that we are part of everything, and everything is a part of us. We are all One, we are all related (Mitakuye Oyasin).

When a baby is born among Indigenous people in Indonesia, the umbilical cord is buried, and a tree is planted on top. They maintain a sacred bond with the tree for the rest of their life, protecting it from being cut down or attacked.

God came amongst us in the flesh and blood person Jesus Christ, the beloved child of God, to show us the way to stop living the nightmare of our own creation and to live something closer to our Creator’s dream. God walked among us, so we could become more than just people; Jesus showed us how to become the family of God.

If we take a look at the creation story in Genesis, human beings are said to be created out of the earth itself. The word for earth or soil in Hebrew is adamah. The name of the first man “Adam,” literally means the “earthman,” the man made of earth. “Dust thou art, and unto dust thou shalt return,” Genesis 3:19 tells us, a phrase often used in burial liturgy. This scripture tells us we are intimately connected to creation.

My grandmother Alice was an amazing woman, inside and out. We would often find her sitting on her couch placed right next to this big picture window. Book in hand. She would look out the window at God’s creation before her and the trees in the distance. She would watch rays of sunlight when they crept over the horizon, and it seemed to me when we would watch those rays of sun together, every branch, every leaf, every twig glimmered, glowed from within, we were witnessing this radiant life. It was not only one tree but every tree, everything from the hills and mountains to the bushes and plants.

My grandmother taught me to see life, this brilliantly dazzling life that is all around us. She taught me that everything was alive. As we were watching out that big picture window, a ray of sunlight burst through the window, showering the curtains with light, bathing our faces in its warmth. The life that we had seen and sensed everywhere outside we now felt within us. In that moment, I felt at one with all things, with the trees, with the rocks, the animals, the air, the mountains and hills, we were all One, we were all related (Mitakuye Oyasin). This was the family of God.

There is a prayer I say often, it begins, “We come before you as people drawn from every tribe, nation, language. Some Indigenous peoples of this land, some refugees, some immigrants, some travelers, all of us as one Body together.” I pray that prayer, because when I talk about Indigenous people’s relationship with creation, it is not just plants, and animals, water, or mountains, this relationship includes us — all people — as part of creation. This is what we call the family of God, the vision our creator intended.

Our journey through the pages of scripture show us the vision of shalom, which is woven into the very structure of God’s creation and the vision for the family of God. Humanity often strays from this vision, however we read that God is relentless and creative for bringing creation back together. Creator God sends prophets, poets and storytellers to ignite the imaginations of all that will listen.

To understand what God has intended for us as the family of God I look to these texts:

The Nicene Creed: “We believe in one God, the Father, the almighty, maker of heaven and Earth. Of all that is, seen and unseen.”

Genesis 1:1 (Easter Vigil ABC, Baptism of Our Lord B) “In the beginning, God created the heavens and the earth. The earth was without form and void, and darkness was upon the face of the deep. The spirit of God was brooding over the face of the waters and God said, ‘Let there be light!’”

Mark 16:15 (Ascension ABC, Roman and Episcopal lectionaries) Jesus commissioned them: “‘Go into all the world and proclaim the good news to all the creation.’”

Romans 8:22 (Pentecost C, Ordinary 16A, Trinity B) Even Paul in a mystical vision saw God’s plan: “the whole creation groaned in travail, waiting for the revealing of the children of God.”

John 1 (Christmas 2ABC) The divinity is in context with creation and God’s creativity.