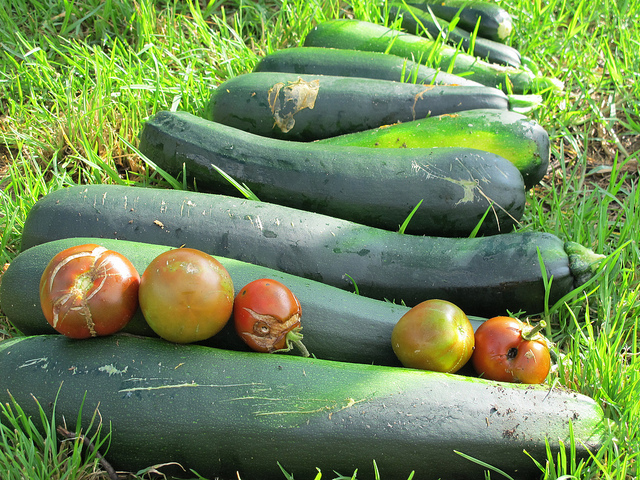 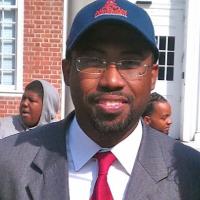 My preaching turned to food around eight years ago when I grew tired of visiting members of my church in the hospital for diet-related illnesses. I wanted to do something in addition to offering prayer and scripture by their hospital bedside. Initially, I thought a partnership with the high-end fresh food market across the main road from our church would make the most sense. However, when I went over to inquire about the idea I strolled through the aisles before speaking to anyone and was blown away by the prices of the fresh produce. I knew there was no way that we could afford their prices and I was reluctant to lead my congregation into a food charity initiative. So, disappointed and frustrated, I walked out.

Yet on the way back to my church I received an epiphany. If we couldn’t afford their fresh food, why not use church land to grow our own? That’s just what we did. On about 1,500 square feet of our church’s front yard we grow greens, broccoli, tomatoes, squash, and herbs. We sell the produce at rates that beat the pricing of local markets and the garden has deepened our ties to our local community as well. The vision grew to the point where now under the banner of the Black Church Food Security Network, I help other African American congregations establish gardens on their land and link the churches with historically marginalized Black farmers to provide a pipeline for fresh produce from “soil to sanctuary.”

I realized rather quickly that what we were being led of God to do in our ministry context was not simply transactional, but rather transformational. There was no way that this wouldn’t impact my preaching. I began to read scripture with different lenses and heightened sensitivity to the spiritual implications of food and agriculture. In this arena, I’ve been blessed by:

However, there was something more to preaching and food to me. I saw an opportunity to preach about the systemic issues surrounding food. Churches love focusing on the food charity. The sheer number of church food pantries and soup kitchens across the country attest to that. However, for me, swimming upstream to reflect on why people are hungry in the first place opened the door to other observations regarding the brokenness of the food system and the unintended ways that many churches reinforce it.

These passages of scripture that resonate with me as I look at preaching and food with particular concern for the socio-political dimensions and power dynamics that have spiritual implications for our communities:

Mark 6:30-44 (Pentecost 9B, July 22, 2018): An area that in many translations is described as “a deserted place” multiple times in the passage ends up being the ground upon which a miracle is performed. Consider the harm done and miracles missed, for instance, when we label communities “food deserts.” What does that term and other dehumanizing labels keep us blind to? What implications and assumptions impact the way we show up in places that we’ve already internally written off?

1 Kings 21:1-29 (Pentecost 4C): This passage focuses on Naboth’s vineyard and King Ahab’s desire to acquire it from him and make it a vegetable garden. Upon Naboth’s refusal to sell, Ahab’s wife Jezebel devises a scheme to take it by force. The power dynamics in this passage are quite pronounced. Communities across the country are experiencing land grabs by the powerful that spur gentrification and intensify poverty. What might be drawn from this passage that could inform a faith-filled response to this in your ministry context?

Numbers 27:1-11: This text extends an opportunity to address gender discrimination and equity as they intersect with the food system. Mahlah, Noah, Hoglah, Milcah, and Tirzah challenge Moses and the leadership to give them their rightful inheritance of land following the death of their father, Zelophehad. They raise their voices to challenge patriarchy and advocate for gender and land justice similar to women in La Via Campesina who on page 4 of this 2008 report declare their right to food sovereignty and access to land.

1 Samuel 8:10-18 (Pentecost 3B): The people of Israel wanted a king like the other nations. The prophet Samuel emphatically warned them about what that would mean. As you study his warning about what a king would end up doing to the community, you’ll notice that the domination and oppression manifests in land grabs, cruel farm work, raiding of other people’s harvest and animals, and slavery. From the condition of farm workers to practices of imminent domain and the ever-increasing pressure on small family farms today; there is much to preach about stemming from this text.

Acts 2:43-47 (Easter 4A): The Pentecost event did more than give the apostles the ability to speak other people’s languages. It also prompted a God-breathed, jubilee-like social arrangement that inspired a rejection of private ownership of land and sharing meals with one another “with glad and generous hearts.” The issue of communally held lands absent private ownership invites an opportunity to lift up the indigenous peoples of this country. The selling of possessions and redistribution of economic resources for the betterment of the whole can create exciting sermonic pathways as well.