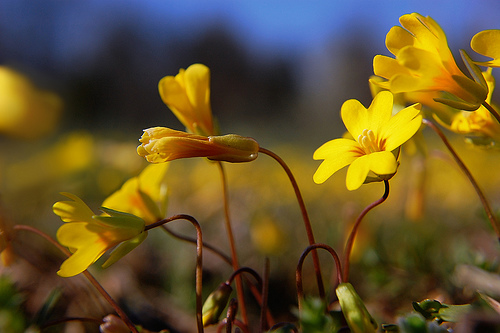 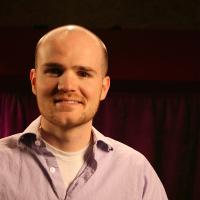 Have you ever seen a mustard plant?

It is, after all, a plant of some biblical note. Namely, that it is the “greatest of shrubs,” and so large, in fact, that birds may plant their nests within its branches.

Moreover, this glorious plant is preceded by its former glory of being the smallest of seeds.

When read with the candor of a watchful, exegetical eye, this small seed — the tiniest of all! — is the image of the kingdom of God, growing and expanding exponentially from its modest and meager beginnings. A beautiful image of the great in-breaking kingdom, indeed.

The Union of Mustard Plant Farmers may welcome this metaphor, but, as a gardener, I can’t help but rephrase this parable. Hear now the Parable of the Unwelcome Mustard Plant:1

The kingdom of heaven is like this mustard plant. It is as if someone, after having seen their small space of earth cleared of nearly all weeds, would leave two lone stalks of a mustard plant to live and to blossom and to multiply, granting it a reprieve from its harrowed and winnowed existence.

Having begun as the smallest of all seeds, the plant would grow to nearly five feet tall, perhaps even six!, and would put forth flowers that would then give birth to thousands of small seeds that could simply float on the wind to other spaces and other bits of earth. There they would find water and dirt and a home for their legs to take root, giving rise to even more stalks of mustard seed that would soon crowd around all planned vegetables and flowers.

This quickly-growing and quickly-multiplying plant, besides providing shade for tomatoes and sharing the nutrients required for beets and broccoli and marigolds, would prove to be a welcoming home for birds and rabbits, as they feast on their nearby meals of strawberries and chard.

The other gardeners, meanwhile, frightened by the size and speed of growth, try everything in their power to uproot the flowering plant, to stop the spread of seed, and to build fences around their own precious bit of earth, but it is of no use. The mustard seed, once taken root, is impossible to overcome with brute force, incessant weeding, or every attempt to shun its presence.

The greatest of beautiful, yellow, home-to-birds shrubs is, in this parable, revealed to be no more than a noxious weed. Underneath Christ’s Parable of the Mustard Seed in Matthew lies this newer parable, understood only by the gardeners and planters of the world. We can hear new meanings poke their heads from the soil of the original parable only when we get a bit dirty in the garden.

Many of us have been functioning with the idea that the kingdom of God is a welcome addition to our lives, springing out of a tiny seed into a beautiful flowering shrub. This kingdom, instead, may be one that frustrates us, stings our eyes with its potency, and refuses to be tamped down, no matter how hard we try to dig it out by the roots.

The parable cannot gain its full meaning without intimately knowing the dirt and seed from which Christ brings it forth.

The encouragement — preachers need to plant, and till, and keep (and I do not mean that metaphorically!) if we have any hope of understanding the full depth of Christ’s parables that we share with our congregations and the world.

Christ seems to be passionately concerned with the garden, the farm, the fields, and the soil. One need only look around the Parable of the Mustard Seed to see that. Seeds take on a new meaning once we sow our own and hear of the strange flinging of seeds on rocks, dry earth, and thorns. The Parable of the Weeds and the Wheat sends down deeper roots when one has tried to pull the tiny sprouts of weeds surrounding the freshly sprouted beet greens. The Resurrection story itself sounds startlingly familiar when we watch and cajole the green blades from the earth.

In the same way that we work through our Scripture, our worship planning, and our exegesis, we can do no better preparatory work for preaching than putting our fingers in the dirt — tilling it, tending it, and keeping it.

To learn more about growing and gardening in your area, visit these sites:

1 This parable was written by the author for a 2012 sermon delivered at Trinity Lutheran Congregation in Minneapolis, Minn.