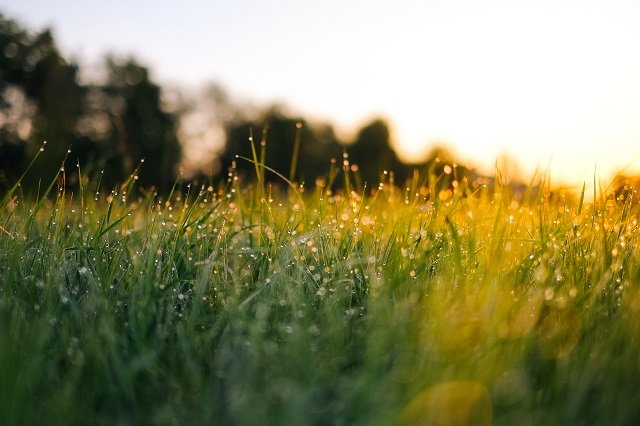 Image by Jonas Weckschmied on Unsplash; licensed under CC0.

Isaiah 11 (December 8) imagines several qualities of wise leadership: wisdom and understanding, council (or strategic thinking) and strength, knowledge and humility, equity for the poor, righteousness and faithfulness, and the curbing of violence. Psalm 72 (also December 8) likewise prays for the king’s justice and righteousness, particularly in relation to the poor.

Both passages invoke the natural world. In Psalm 72, the king resembles rain falling on mown grass, showers watering the earth—an earth whose verdure readers can almost smell—promoting growth and health. Isaiah describes a most impossible peace: natural predators living side by side with natural prey. Wolves leaving lambs alone; leopards beside baby goats, lions with calves, and poisonous snakes not even defending their nests against toddlers. If wise rule can be imagined instigating such an idealized animal scene, how much more could it foster peace among humans, who are prone to conflict but capable of coexistence?

Isaiah and the psalm share two assumptions with other passages in these two months—and indeed every month: 1) that the natural world’s multiplicity and abundance have much to teach us; and 2) that just leadership inspires just behaviors and values. When people see a leader as just, they feel safer promoting justice toward others. A leader who displays dignity and equanimity teaches by example, demonstrating what these qualities look like day by day, so that such common goods become common habits. Protection of outsiders, the poor, and creation itself becomes a shared project. The audacious idea that the world contains enough for everyone and everything promotes equal rights for the excluded.

Isaiah 11 does not describe a contemporary ruler. Rather, it expresses hope that someone, perhaps a future king, will promote a peace that eludes the prophet’s present. Psalm 72 likewise does not declare the current ruler righteous, but rather prays for righteousness, much as we pray week after week for our own leaders, no matter how decent or indecent we perceive them to be.

The fact that Isaiah and the psalmist could imagine good leadership when it seemed to be lacking should give us hope. Ordinary people are capable of envisioning and praying for something better than we have. We can even hold ourselves responsible to these values in the gaps. In fact, it is in the times of seeing the destructive results of poor leadership—rights abused, safeties removed, dignity disparaged—it’s during the saddest days that longing for justice crystallizes for those who want something different. When life seems more dangerous, we protect the vulnerable more carefully. When public words and actions coarsen, we watch our own language and deeds all the more. The greatest protections have even been birthed amid the most alarming realities.

Jesus lived during one of the darkest times his little country had known, during Roman occupation, during the reign of the proxy king Herod and his various heirs, who asserted power without piety, judgments without justice. Jesus kept reminding his followers that God’s reign was larger than Herod or even Caesar. God’s reign—the reality of divine justice despite all human failings—gave hope to Jewish peasants. God’s term of office wasn’t something to wait for in the future, in four years, or eight years, or another generation. God’s rule, Jesus said, is among you. It was here and now. It was available to live out every day in people’s own choices, in the neighborhoods and communities they built.

God’s reign is still here and now. During the dark days leading up to winter solstice, when plant life withers and sleeps, when the ground is hard and bare, this is when we abide in hope, in the belief that among us God’s reign is still sending taproots deep into our soil, breaking stony ground, drawing nourishment from the deeps, preparing to greet the spring with forbs and trees to feed all with the fruits of righteous justice. May we, like Isaiah, like Jesus, envision peace on earth, and persist for it undaunted.