Hell without the Fire and Brimstone: Preaching as Pastoral Care 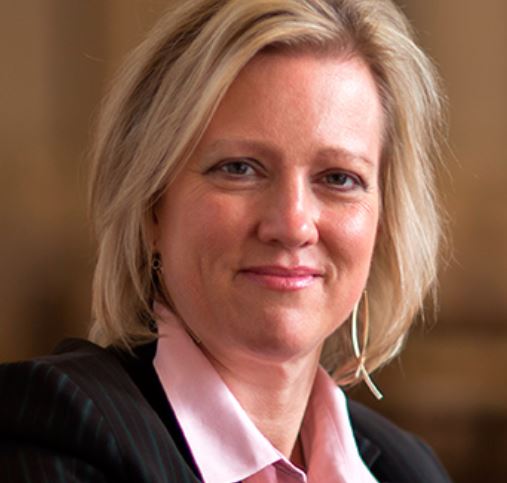 The first sermon I ever read painted a lasting impression — the incensed Almighty dangling wretched, helpless sinners over the fires of hell.

“Sinners in the Hands of an Angry God” by Jonathan Edwards was a standard text for tenth-grade English courses in my school.

O sinner! Consider the fearful danger you are in:
’tis a great furnace of wrath, a wide and bottomless
pit, full of the fire of wrath, that you are held
over in the hand of that God, whose wrath is
provoked and incensed as much against you as
against many of the damned in hell; you hang by a
slender thread, with the flames of divine wrath
flashing about it, and ready every moment to singe
it, and burn it asunder…1

In case we are tempted to think that such scare-tactic preaching is a thing of the Puritan past, consider the fact that thousands of churches throughout the United States constructed “Hell Houses” for their Halloween outreach this past year. Participants walk through a haunted house that supposedly depicts the experience of hell. What happens in these hell houses? Young girls are gang-raped; women bleed out from botched abortions; homosexuals marry; teens have premarital sex; children are beaten by their angry, drunk fathers; high school students are shot and killed by their classmates; despairing young people commit suicide by swallowing the barrel of a gun and pulling the trigger. All the while demons of hell cackle with devilish delight. After visitors have experienced these graphic enactments, they are ushered into a white room — sometimes with a white Jesus and white-winged angels — where they are given the opportunity to ensure that they will never experience the torments of hell.

The profoundly damaging psychosocial and spiritual effects of this practice could fill a book. But that is not what I want to focus on. Instead, I want to outline a theological framework that can help us preach about hell with theological integrity (rather than avoid it). Answering some basic questions about hell not only will serve as a critique of scare-tactic preaching, but it also will move preaching in a direction where it can become pastoral care.

What is hell?
Ineffable. Scripture depicts hell with a variety of images, metaphors, and phrases. In the Old Testament, hell is likened unto eternal darkness, a returning to dust, deafening silence, the absence of joy, strength or vitality, and utter powerlessness. In the New Testament, hell is depicted as the deep, prison, fire, utter darkness, and total separation from God. Taken together, these images suggest that hell is not so much a place as it is a state of being (or non-being).2  It is a state of utter passivity, complete chaos and inner disorientation. It is the complete absence of hope and the cessation of one’s life energy. It is nothingness and non-being, the loss of all connection — connection to God, others, and self. Therefore, it is qualitatively distinct from any human experience.

Who goes to hell?
Jesus. “And he descended into hell.” For the past two-thousand years, Christians — Catholic, Orthodox, and Protestant alike — have recited the Apostles’ Creed and thereby confessed that Jesus Christ is not separate from hell. “Hell” is at the heart of Christian theology. It is a part of Christology. The Incarnate Son of God endured the “second death,” went down to “sheol,” experienced the “agony of death” between the crucifixion and the resurrection. The gnarly claw of death reached up, snatched him, and plunged him into nothingness. Consequently, God was silent. The Word of God, the communicative power of God, was dead. God the Father was inaccessible. The Word was non-Word, as Hans Urs von Balthasar puts it. Eternity paused. The Triune God was torn asunder, and the church had no hope. It is Jesus who experienced hell.

Why did Jesus experience hell?
Jesus experienced hell so that the rest of us do not have to. As fourth century theologian, Gregory of Nazianzus reminds us, “that which is not assumed is not healed.” Jesus assumes non-being so that we can be connected to God and one another eternally. Yet this is more than rescue; it is transformation. To borrow von Balthasar’s words again, Jesus plants eternal life within death. He absorbs the very antithesis of life into his own being and transforms it so that our communion with God, each other, and the cosmos is secure. Death yields to life; sin yields to goodness; and, suffering yields to wholeness. In place of annihilation, we receive reconciliation. Herein lies the central message of the Gospel.

How can this become a form of pastoral care?
Jesus’ descent into hell means, among other things, that there is no abyss of human suffering that is not touched by God. Even in nothingness and annihilation, God is present. God knows this experience from the inside out. God lives in solidarity with those who have experienced terror, traumatic loss, and mental disorientation because God has experienced this and much more. The proclamation of Jesus’ descent into hell, his utter passivity in the presence of sheer terror and non-being, and his triumph over death and destruction may be the only reality that enables some to trust that God’s love is deeper and wider than the abyss of their own anxiety and dread.

To put it another way, when preaching connects the suffering of God and the suffering of the world while maintaining their distinctions, it creates the possibility for healing.3  This kind of preaching potentially opens up a space in which anxieties diminish and persons are freed (again and again) to live connected to God, themselves, and others. Preaching on hell without the fire and brimstone enables the church to face the experience of dread and despair rather than retreating from it. It also calls the church to face real horrors without being consumed by them. In confessing and preaching “he descended into hell,” the church reminds itself and the world that even the most incomprehensible and unbearable suffering has been and is being borne away for us daily.