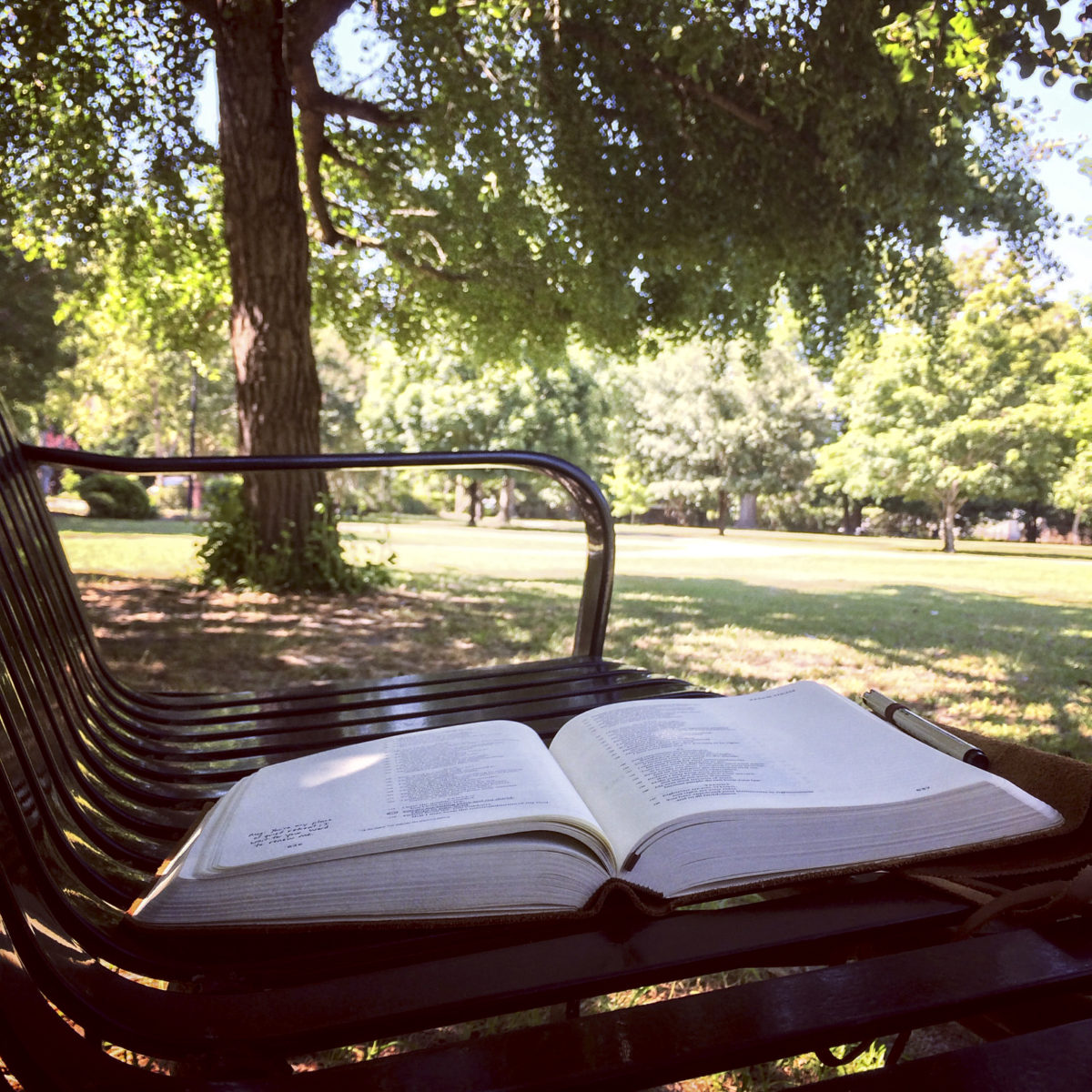 Even if they haven’t written it down, most people have an idea of what they want 2017 to look like, both professionally and personally. With a whole year ahead it may seem there’s so much to do, so much to accomplish. It is easy to be overwhelmed by it all. With so much ahead, as people settle into the New Year, this is a good time to be reminded of the grace of God, for it is God’s grace that will see us through the year.

This one word, defined as the unmerited favor of God toward humanity made possible by Jesus Christ, is often thought of in relationship to humanity’s sins. From this perspective, the focal point is on humanity’s sin and what God, through Jesus Christ, does in response to sin.

However, a closer look at the biblical text reveals even more about God’s grace, especially if one looks at grace with Genesis 1-3 in mind.

In Genesis, both creation stories illustrate that all creation is an expression of the grace of God. In Genesis 1, the first creation story, when humanity shows up on the planet, what was good is now very good. In the second creation story, Genesis 2, what is good with Adam, is even better when Eve makes her appearance.

In both stories, the goodness, that is the grace of God on humanity (and all creation as well), is there from the beginning. God’s grace is an inherent part of creation. In both of these stories, simply being created and showing up on the planet is a sign of God’s grace. In the New Testament, Jesus Christ is an expression of that grace, but God’s grace doesn’t begin with Jesus Christ, it begins with or even before creation.

In Genesis 3, God’s grace continues to be present, even when people have moved away from God. Sadly, when people read Genesis 3, the story of the Garden of Eden, they often make it seem that humanity is cursed, that the nature of humanity is somehow diminished because of disobedience. However, a close reading of the text reveals that is not the case.

A close reading of the text reveals that the serpent and the ground were cursed, but not humanity. Yes, human beings had to live with the consequences (which in and of themselves were great) of their choice, but humanity was not cursed. A close reading of Genesis 3 reveals that life became much more complicated because now there was distance where there had been none.

Now there was distance — distance between God and humanity, between the earth and humanity, between human beings — that had not existed before. Complications (or consequences) include: needing to work for a living, pain in childbirth, difficulties in relationship, change in living quarters, and conflict between the serpent and humanity. In other words, no more “summer time and the living is easy.” Yet, even the consequences, dire as they were, are a sign of God’s grace, for God purposefully and intentionally stopped short of cursing humanity.

When we dig deeper in the text and realize that God’s grace is present, not just in response to our sins, but as an inherent part of who we are and of the world in which we live. In his book, The Divine Conspiracy: Rediscovering Our Hidden Life in God, Dallas Willard captures the idea when he refers to the “God-bathed world”1 in which we live.

God’s grace works to transform us, to close the gaps, to heal the brokenness, to close the distance, to reverse what is amiss in our lives. The reversal is not just spiritual, it is practical; offering healing and hope for all of life’s negatives. The reversal heals the woundedness, in individuals and in communities, releasing the giftedness, fulfilling God’s vision of life as it was intended to be. God’s grace extends to all people at all times.

In Luke 4:14-30, Jesus takes up this idea from Isaiah 61 in his inaugural Sermon at Nazareth. For Paul, grace is the essential element that makes it possible for him to write that in Christ there is neither male nor female, Jew nor Greek, enslaved nor free.

In a day and time when the fissures and divisions among us grow deeper and wider every day, it behooves us to consider and take to heart the ancient voices of Jesus, Paul, and the prophets as well as contemporary voices that remind us of the breadth and depth of God’s grace and concern for all humanity. Eric H. P. Law is a contemporary voice that speaks to our generation. In his book,Inclusion: Making Room for Grace, he writes about the greatness of the grace of God and its effect on our lives.

Only when a community operates on the assumption that there is always an abundance of God’s grace can it be secure enough to open its boundaries to include another. An inclusive community must believe that Christ’s compassion is boundless and God’s love is so abundant that God can love everyone on earth — not just those of us who think we are doing what is right in God’s sight, not just those who think and act like us. God’s grace is extended to those with whom we do not get along, to those who we think are our enemies, to those who we think are sinners. That is why Christ came — to show us that God’s grace is boundless. Jesus, who lived in the security of God’s abundant grace, gave himself for us so that we could have life abundantly. Out of our gratefulness for God’s graciousness, we respond with our good work, sharing God’s grace with more and more people. When we realize that God’s grace is so rich and full and abundant that there is enough for me and you and everyone and that there will always be leftovers, we will have the courage to imitate Christ, to give ourselves for others — to act inclusively.2

As we settle in the New Year it is important never lose sight of God’s grace, not only for what we want for ourselves in 2017, but also for our communities, for our nation, and for the world.

Alphonetta Wines’ bimonthly Working Preacher column, “Durable Faith,” gets beneath the surface of words like “grace” and “love” and looks at how to preach through Scripture in ways that help listeners think, engage in difficult conversation, and face painful truths.