Defending What We Love 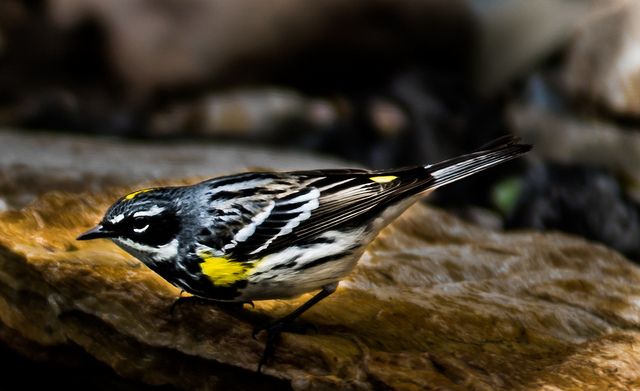 Last week at the public library in Evansville, Indiana, more than 125 people gathered for a program about building backyard bird habitats, complete with hundreds of photos of warblers and other songbirds, all taken in the presenter’s own yard. She emphasized the need for local and migratory birds to find water, food, and shelter at a time of growing sparseness. The program was sponsored by Tri-State Creation Care and Hoosier Interfaith Power & Light, a coalition of people of all faiths dedicated to healing the ruptures humans have created in the environment.

The next morning, hundreds of others gathered at the Indianapolis statehouse 172 miles away to speak against a bill in the Senate Utilities Committee, written by the state’s for-profit utilities, that would destroy Indiana’s small but growing customer-owned renewable energy efforts. With standing-room-only and overflow into the hallways, dozens testified against the bill, citing the importance of the solar panels their families and congregations had invested in, the urgency of building renewable energy, and the lack of credibility of the claims the utilities were making against it. A couple of dozen school superintendents from across the state testified to the savings for education that would be lost if the several million dollars they were saving by generating power were sacrificed to the utilities’ pockets. People of all faiths testified to their responsibility to protect God’s creation by reducing their carbon footprint.

What a contrast — one meeting in a free public library relishing aesthetically, the other in the halls of governmental power fighting politically. The common thread was defending what we love.

In a programming meeting a few evenings later, five environmental advocates from five different cities and three faiths — Muslim, Unitarian, and Presbyterian — preceded their discussion of hard work by reflecting on the things keeping us going. Two had been tapping their maple trees and making syrup in the Indiana cold. One reported on a meal of fresh spinach salad picked from a homemade cold frame the day before, along with quiche made from zucchini shredded and frozen last summer. We were there, late in the evening, making work for ourselves, because one another’s encouragement kept us hopeful.

What we love, we protect: grandchildren that we hope will enjoy the quality of life we have known; lone patches of old growth forest reminding us of time and dignity; churches conserving resources by reducing power; sandhill cranes calling as they migrate overhead, the mighty river ceaselessly flowing beneath bridges, mirroring their colored lights and the red-blue sky of dusk.

“Everybody needs a climate thing,” explained columnist David Roberts in 2015. His brilliant article concludes with these words about the things we love:

Climate is everything, which means everyone touches only a tiny piece of it. Let people care about their birds or their pipelines or their mountains or their tech startups or their research clusters or their permaculture farms. Everybody needs a Climate Thing, a close-by proxy through which they can express their climate concern in a way that has local effects and tangible rewards. It is these proxies, these rich anchors in our lived experience of nature and culture, that inspire us.

March and April 2017 encompass Lent and Easter, and immediately after, Earth Day weekend and Earth Week. Many churches jam their environmental emphases into those days, but if the earth supports us year-round, why not gratefully protect it and its inhabitants year round?

Indeed, what shall we return for the glorious world we are blessed to inhabit?