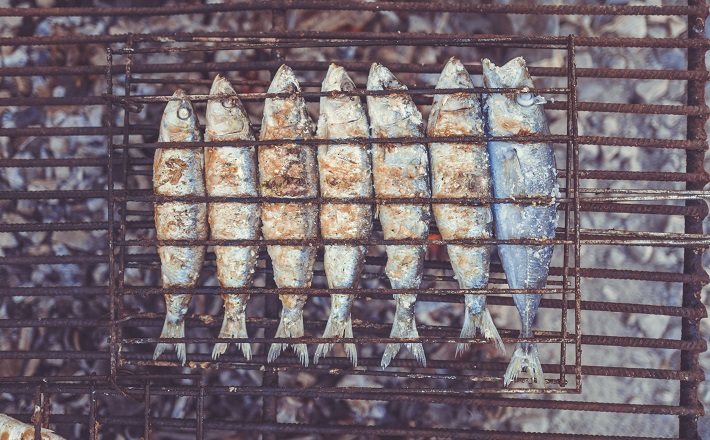 It follows, then, that the predominant disposition of a worshiper toward such a God will be one of praise and thanksgiving, regardless of short-term life circumstances. Already in verse one, the psalmist vows to “exalt, lift up” (Hebrew rum) the Lord.

As desirable as unbothered, prosperous times may be, they bring along the danger of complacency and excessive self-confidence, which Scripture repeatedly cautions against.1 In verse 6, the psalmist here confesses, “As for me, I said in my prosperity, ‘I shall never be moved.’”2 Yet the fact that we have this psalm testifies that this proclamation did not hold true. Rather that proclaiming prosperity, verse 2 has the psalmist describing a call for help to the Lord, and being healed by the Lord as a result.

Verse 3 goes even further, declaring that the psalmist’s very soul3 has been brought up from Sheol and life restored from the Pit. This is not deliverance from a stubbed toe. God is here restoring life from the very confines of death. It is not clear that the psalmist actually died and was restored, but the restorative experience seems to have been profound enough that it felt like being brought up from the abode of the dead, and at the very least inspired confidence that such a feat lay well within God’s ability and prerogative.

The psalm neither presents suffering as something that one should seek out, nor something that God desires for or takes delight in seeing among humans. Nor does it present the argument of Job’s so-called friends that misfortune must be the result of some wrongful/sinful behavior (In fact, the psalm would seem to argue against such a view in light of verse 1b.). What it does seem to say, however, is that suffering happens in life, perhaps for no clear or good reason, and that it is not an indication of long term, and certainly not eternal, abandonment by God. It may be that God on occasion becomes angry or hides the divine face (verses 5a and 7b), but these occurrences are few and fleeting compared to the lasting favor of God and God’s propensity to rescue and restore.

A life-view that thus allows for, even expects on occasion, the presence of misfortune or suffering, rather than works to avoid any trace of such things, is the only solid and appropriate platform for giving thanks and praise to God. Offering such supplications only in hopes of enticing God to spare one of unfortunate bumps in the road of life would presuppose a God that is petty, spitefully playful, and even vengeful.

Despite such (mis-)perceptions of God based on the Old Testament that stubbornly persist to this day, Psalm 30 joins with the rest of the Hebrew Scriptures in testifying to a very different God. Verse 4b says, literally, “Give thanks for the remembrance of his holiness.”4 To refer to God’s holiness (or to God’s holy name as the NRSV and others render) is to refer to God’s profound differentness and uniqueness.

There are plenty of ancient Near Eastern options for the petty, spitefully playful and even vengeful deities. But this God, the God of Abraham, Isaac and Jacob, is different, indeed, very different. This one is characterized by bringing up souls from Sheol, has momentary anger but lifetime favor, and brings forth joy from weeping.

Despite the unusually specific superscription of this Psalm, it lends itself to a wide variety of circumstances. It may have been used at some point for a palace or temple dedication (especially the post-exilic rebuilt temple or re-dedicated Maccabean temple — both of which come on the heels of communal suffering and difficulty). Nevertheless, the use of the first person and the largely general nature of the petitions make it suitable for anyone experiencing or emerging from a trial, even one that approached death.

That being said, the use of this psalm on the third Sunday of Easter is most certainly appropriate. Along with the other lessons for the day, it demonstrates that what God did on Easter Sunday was neither a whim nor out of character for God. While it was extraordinarily unparalleled in power and eternal meaning, the resurrection of Jesus is entirely consistent with God’s well-established penchant for transforming weeping into joy, darkness into light, even death into life.