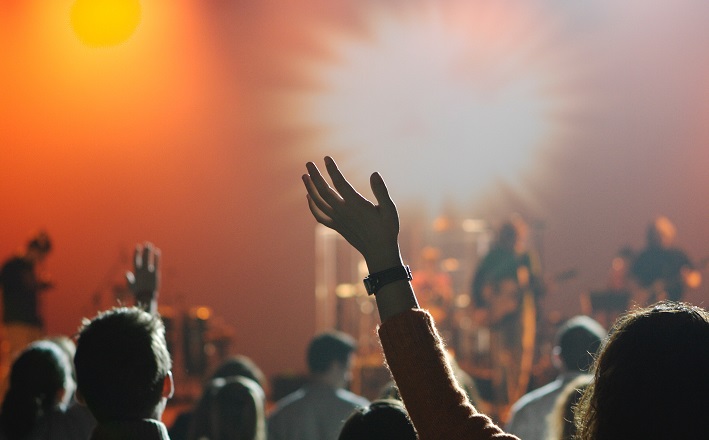 We usually do not associate a prophet of the Old Testament with joy and jubilation. Zephaniah 3:14-20 makes a delightful exception. Gladness engulfs God, as well. God is happy for the redeemed who will now experience evil no more. What a lovely ending of a book that begins with the threat to wipe away everything from the face of the earth, eerily recalling the Flood! After that primordial deluge, God promised not to destroy the earth ever again with a flood (Genesis 9:11).

Zephaniah’s oracles compel one to concede that the water may not be the only way to cleanse the world. In 1:14-18, the prophet calls attention to “the day of the Lord” (yom Yahweh; see also “that day” in verse 10), which will wreak havoc on the world (see also Amos 5:18-24). The oracles of the nations in Zephaniah 2 provide little relief. God, who punished those foreign places, is now going to reprove Jerusalem for being no better than they are and for failing to heed the lessons of history (Zephaniah 3:1-7).

Precisely at a time when there is no ground for optimism, Zephaniah dares to hold that things will take a radical turn for the better — thanks to the Lord (verses 8-13). Building on the gleam of hope, the prophet bursts into the song of joy in verses 14-20. The world is a total mess, but though the people have failed God, God will pull them through.

Once an object of condemnation and chastisement (1:4. 12), Jerusalem is now addressed with the tender appellatives like “daughter Zion” and “daughter Jerusalem,” and these words of endearment are paired with “Israel,” a traditional term that encompasses the entire people of God (3:14). They are told to “sing aloud” and “shout” (verse 14a) and “rejoice” and “exult” (verse 14b). These doublets of verbs may well be cases of hendiadys (the ancient rhetorical device of saying one thing with two words), yet their repetition effectively simulates rounds of sustained celebration.

What can account for this sudden jubilation? The prophet attributes it to the Lord (Yahweh), the guarantor of salvation (verses 15 and 17). God has removed the guilt, and those who used to bring charges against God’s people are there no more. Yahweh the king of Israel is going to shield the people of God from “disaster” (verse 15; literally, “evil”).

In the new state of bliss, the forgiven sinners receive words of encouragement and are told not to fear (verse 16). Elsewhere in the Bible, “Fear not” is often used as the formula that announces God’s appearance (commonly known as theophany; see Genesis 15:1; 21:17; Exodus 20:20 and so forth). Zephaniah reminds the people of the coming of the gracious Lord, who will save them from the debilitating effect of fear (Zephaniah 3:16b).

The prophet’s explanation of what God does is based on who God is. In verse 15b, the prophet lifts up the compassionate God as the king of Israel. Although most modern people may have to struggle to imagine what it must have been like to live under the rule of a king, the king takes an all-encompassing role in the monarchic society and determines the quality of life of the people who live in the realm. The prophet proclaims that Yahweh, the king, will make a peaceable world for the redeemed (verses 15-16).

In verse 17a, God is presented as a warrior. The depiction of God as a militant figure may sound antiquated or jarring or even dangerous. This warring figure, however, does not go to war to pillage and plunder. The Divine Warrior comes and delivers the people of God who have nowhere else to turn except to God.

God’s work profoundly affects the divine being, as well. Verse 17 speaks of divine elation, echoing verse 14, in which the prophet instills gladness in the heart of the people who are about to hear what God has done. Based on the Greek and the Syriac, the NRSV’s translation depicts God’s joy resulting in the renewal of the people of God. In the Hebrew, God is “silent” — a scene that draws out the gentleness of divine love.

God’s love soon gives way to “loud singing” (verse 17b). This singing God takes delight in the forgiven. Zephaniah’s prophetic imagination of God who is glad to forgive the sinful nation may remind us of a fascinating exchange recorded in the Talmud. A question is raised as to whether God prays. “What does God pray?” According to Rav (Abba Arika) in the portion of the Talmud called “Berakhot,” the Lord prays, “May my mercy overcome my wrath!” (b. Berakhot 7a). In other words, God prays that divine desire for compassion be greater than divine demand for justice.

God’s joy has tangible outcomes for the broken people of God. The people who have been scattered will be brought back home (verse 20a). Once they were subject to shame, and now they will enjoy fame (verse 20b). This vision of restoration will not be relegated to a distant future, for it is going to come true “before [their] eyes” (verse 20b). If it is not already in sight, it will come true very soon.

In the liturgical calendar, this OT lesson is assigned for the Third Sunday of Advent, also known as the Gaudete Sunday (so named after the introit of the service, which begins with the following words: Gaudete in domino semper (“Rejoice in the Lord always”; see also Psalm 84:1-2 and Philippians 4:4-5). On this joy Sunday, we light the pink candle, so that we may not lose sight of the delight of Christmas during the somber penitent period of Advent. After all, this first season of the church calendar is not about self-mortification but about craning toward the good news of the birth of Christ. The people are to hear this: “The Lord, your God, is in your midst” (Zephaniah 3:17). Joy to the world! The Lord is come.