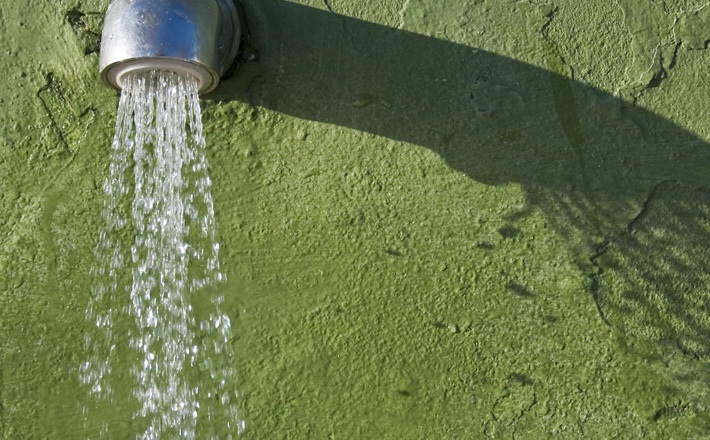 This passage divides into two parts, verses 1-5 and verses 6-9. I treat them in sequence, but we will see that they relate closely to one another.

The passage refers to two events that were probably familiar to ancient audiences. The details, however, have been lost to time, for Luke is our only source of information about these tragedies.

The grisly mention of Pilate’s mingling the blood of Galileans with their sacrifices appears to refer to a massacre of a group of Galilean pilgrims in Jerusalem. The narrative does not reveal why Pilate slaughtered these people, but the deed nevertheless corresponds with what other historical writings tell about Pilate’s penchant for brutality. The verse offers an ominous characterization of the Roman governor in advance of his appearance in Jesus’ trial (see the Gospel text for Passion/Palm Sunday, Luke 22:14-23:56).

Perhaps Jesus refers to a tower in the wall around Jerusalem when he speaks of “the tower of Siloam.” Apparently a structure collapsed without warning and crushed eighteen hapless Jerusalemites.

Jesus seizes on two calamities that may have been subjects of recent conversation around the local watering hole–one an instance of state-sanctioned terror, one a random accident. Both saw people snuffed out with little warning and for no clearly apparent reason. Both kinds of events lead the rest of us to realize how precarious our existence is. Jesus implies that the victims did nothing wrong, nothing that caused their demise. He characterizes life as just as capricious as it is (to paraphrase Hobbes) nasty, brutish, and short.

Although these events might allow Jesus an opportunity to defend God against charges of mismanaging the universe, he does not go that route. Jesus only implies that we must not equate tragedy with divine punishment. Sin does not make atrocities come. They just come.

Life’s fragility gives it urgency. Jesus turns attention away from disasters, victims, and “why?” questions to address those of us who thus far have survived the hazards of the universe and human society. We should not mistake our good fortune as evidence of God’s special blessing.

Jesus wants to talk about repentance. The need for repentance is a universal condition, shared by random victims and finger-crossing survivors. When Jesus says, twice, “unless you repent you will all perish” like the others did, he does not promise that the godless will be struck by an asteroid. He refers to death in an eschatological sense, a destruction of one’s soul (compare Luke 9:24; Luke 17:33). He emphasizes the suddenness with which this death comes. Just as Pilate’s and the tower’s victims did not enjoy the luxury of choosing the time of their demise, likewise the unrepentant will suddenly find they have delayed too long and lost themselves.

Is Jesus exploiting tragedy to score theological points? It certainly looks as though he capitalizes on the memory of recent horrors to stress the suddenness of death and the unpredictability of life. We are justly made wary by the fear mongering that unashamed evangelists whip up after every natural and unnatural disaster. But notice that Jesus’ approach follows a slightly different path. He does not promise freedom from calamity, but urges his hearers against false self-assurances. If life’s fragility demands urgency, that urgency shows that life itself has carved out opportunity for us to seize God’s graciousness, as the following parable suggests.

When Good Things Happen to an Unsuspecting Fruit Tree (13:6-9)

Jesus’ short parable about a fig tree speaks of imminent judgment. (Recall John the Baptizer using similar images in Luke 3:9: “Even now the ax is lying at the root of the trees; every tree therefore that does not bear good fruit is cut down and thrown into the fire.”)

The parable reinforces ideas from the first half of this passage. A cultivated yet unproductive tree may continue to live even without bearing fruit, only because it has been granted additional time to do what it is supposed to do. Unless it begins to bear fruit (an image of repentance, according to Luke 3:8), the result will be its just and swift destruction.

Like Jesus’ earlier words in response to the recent tragedies, the parable warns against false reassurance. Just because you have not been cut down, do not presume that you are bearing fruit.

The tone of the parable emphasizes that patience and mercy temporarily keep judgment at bay. The role of the gardener offers a crucial characterization of this patience and mercy. The tree has not been left to its own devices. Everything possible is being done to get it to act as it should. Correspondingly, God does not leave people to their own resources but encourages their repentance.

Allegorical interpretations of this parable are unnecessary. Identifying the vineyard owner as God, the gardener as Jesus, and the tree as whoever it is we wish would hurry up and repent–this strips the parable of its force and produces theological confusion. Nowhere else does Luke imply that Jesus pacifies a God who is too eager to clean house.

Instead, the parable’s power comes through the suspense it generates. Will fruit emerge in time to thwart the ax? How will this season of second chances play itself out? How do the gardener’s efforts make the tree’s existence a state of grace and opportunity?

Repentance becomes less interesting when people mistake it to mean moral uprightness, expressions of regret, or a “180-degree turnaround.” Rather, here and many other places in the Bible, it refers to a changed mind, to a new way of seeing things, to being persuaded to adopt a different perspective. It means similar things in other contexts from the wider Greek literary world.

In Luke-Acts, “repentance” also has moral applications (and connections to forgiveness–see Luke 24:47), but it cannot be reduced to a reengineered life and ethics. Sometimes it is presented as something given, or accomplished, by God (see Acts 5:31; 11:18). It can be more about being found than about finding oneself (see Luke 15:1-10). It refers to an entirely reoriented self, to a new consciousness of one’s shortcomings and one’s dire circumstances. Of course, this has moral consequences (on “fruit” and “deeds” consistent with repentance, see Luke 3:8; Acts 26:20). But morality is hardly the horse that pulls the cart.

In this passage the need for repentance is assumed and so it takes a backseat in emphasis to the urgency of Jesus’ call. Tragedy and hardship have their ways of nudging people toward God, but these verses suggest that tragedy and hardship come so suddenly that they often mark the end, not the beginning, of our opportunities to live lives inclined toward God. Don’t let the introspective and pensive nature of Lent divert attention from the exigency of our condition.

Jesus’ words about judgment and repentance are scary, yet they depict human life as a gift, albeit a fragile one. Vulnerable creatures that we are, we can presume little and do little to preserve ourselves. Too many Lenten observances assume that taking our humanity seriously requires morose expressions of piety. But the Christian outlook on repentance arcs toward joy. And it finds grace experienced within the awful precariousness and strange beauty of our fleeting existence.

In the Aftermath of the Haitian Earthquake

In the aftermath of natural disasters like the earthquake in Haiti in January 2010, it bears repeating that Jesus does not explain the causes of violence that nature and human beings regularly inflict upon unsuspecting people. He does not blame victims. He does not attempt to defend creation or the Creator when “why?” questions seem warranted. At least in this scene, he offers no theological speculation and inflicts no emotional abuse. He asks, with an urgency fueled by raw memories of blood and rubble on the ground: What about you? How will you live the life you get to live?

For people of faith, catastrophes like those recently raise all sorts of questions that deserve discussion and drive us to mourn and lament. A sermon that remains true to the movement of this biblical text, however, will focus primarily on the fact that tragedies arrest our attention. They shake us out of the complacencies or stupor that we use to get through ordinary life. They impress upon us, better than any preacher’s words, the perils of our existence. But tragedies also lead many of us who observe such events at a distance–through word of mouth or round-the-clock newsfeeds — to protect ourselves with rationalizations and false assurances.

Those preaching on this passage might do well to press these questions: Do we build our lives upon those rationalizations that allow us to get through the day feeling blessed, safe, and able to presume upon a better fortune than that of our Haitian sisters and brothers — both the victims and the still-impoverished and perpetually at-risk survivors? Or, do we build our lives on the knowledge that God’s judgment is certain? Do we build them on the efforts that God, like the parable’s gardener, undertakes to prepare us for that judgment? God transforms us through grace, a grace that calls us to be generous toward those still trapped under the weight of poverty, want, and devastation of all kinds.

1. A version of this commentary was first published on this site on March 7, 2010.

The psalm opens with longing.

“No testing has overtaken you that is not common to everyone. God is faithful … ” (1 Corinthians 10:13a)
Print All Text Print All Commentary