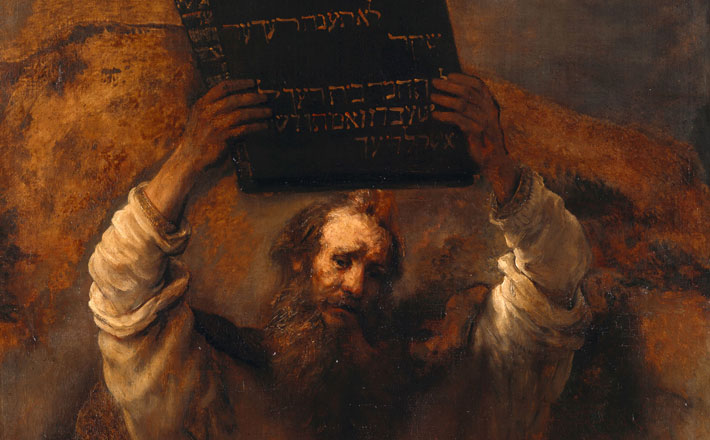 Whereas in Matthew, Mark, and Luke the temple scene follows Jesus’ entry into Jerusalem, in John the episode is moved to immediately after Jesus’ first sign, the wedding at Cana. As a result, another circumstance will serve as the impetus for Jesus’ arrest in the Fourth Gospel. If the temple skirmish functions in the Synoptic Gospels as the final public act whereby the authorities make the decision to arrest and kill Jesus, there will be a different confrontation that will secure Jesus’ fate in John. That act in the Gospel of John is the raising of Lazarus. To bring someone back from the dead will elicit the desire to kill Jesus. Life begets death, which ironically underscores the truth of the incarnation.

The levels of meaning of the temple incident in John are also found in the details in how the incident is told. Jesus enters the temple and finds what one would expect during a pilgrimage festival. The vital trades are in place for the necessary exchange of monies, animals, and grains for the required sacrifices. Nothing is out of order at this point. The narration happens in real time, as if the reader can see everything that Jesus sees. Yet, Jesus’ command to the dove sellers differs strikingly from the accounts in Matthew, Mark, and Luke (Matthew 21:12-13; Mark 11:15-19; Luke 19:45-48). Instead of a concern for temple malpractices (“den of robbers”), Jesus orders that his Father’s house not be made a marketplace. For the temple system to survive, however, the ordered transactions of a marketplace were essential. The temple had to function as a place of exchange for maintaining and supporting the sacrificial structures. Jesus is not quibbling about maleficence or mismanagement but calls for a complete dismantling of the entire system. Underneath this critique lies also the intimation that the temple itself is not necessary. At the center of such theological statements is the fundamental question of God’s location, which will be confirmed in the dialogue between Jesus and the Jewish authorities.

The presence of God

The authorities essentially ask for some sort of proof that Jesus has the right to do what he just did and say what he just said. They ask for signs, recalling the wedding at Cana and foreshadowing the next six signs that Jesus will perform during his public ministry. The signs that Jesus performs are in and of themselves not revelatory of Jesus’ glory. Rather, they point to or indicate an aspect of who Jesus is that the believer needs to recognize.

Jesus’ response to the request of the Jewish authorities is typically enigmatic. The perplexities of Jesus’ answers are invitations, drawing the reader into the narrative, the dialogue, so as to figure out for oneself who Jesus is and what Jesus means. This deeper engagement also underscores the Johannine theological theme of abiding. The response of the Jewish authorities will be emblematic of the reactions to Jesus’ cryptic statements. They interpret Jesus’ declaration literally, that the temple of which Jesus speaks is the one Jewish temple in which they are standing. We find out, however, that the temple to which Jesus refers is not the temple in Jerusalem but the temple of his body. This reworking of the temple incident is decisive for understanding the conversation between Jesus and the Samaritan woman about worship (John 4:19-24). When the women at the well inquires of Jesus where should be the proper place of worship, Mount Gerizim or Jerusalem, his answer, “neither on this mountain nor in Jerusalem,” assumes this interpretation here of the temple incident. When the blind man “sees” who Jesus is, his response is to worship Jesus (John 9:35-38). Jesus himself is the presence of God.

The reference to the three days is a foreshadowing of the resurrection but also the ascension. As a result, Jerusalem is at once the location of the completeness of Jesus’ ministry — his incarnation, crucifixion, resurrection, and ascension — not just the place of his death. If the temple symbolizes the location and presence of God, Jesus is essentially saying to the Jewish leaders that he is the presence of God. Where one looks for God, expects to find God, imagines God to be are all at stake for the Gospel of John. In Jesus, God is right here, right in front of you. That Jesus is the revelation of God, the one and only God (John 1:18), will be repeatedly reinforced with different sets of images, different characters, different directives, all pointing back to this essential truth.

At the same time, moving Jerusalem to the beginning of Jesus’ ministry (in fact, in John, Jesus is back and forth between Jerusalem and Galilee throughout his three-year ministry) also situates conflict at the very beginning of Jesus’ ministry. As it should. As soon as we are comfortable or complacent with God moving into the neighborhood (Peterson, The Message), we ignore the radical, unbelievable claim of the Word made flesh.