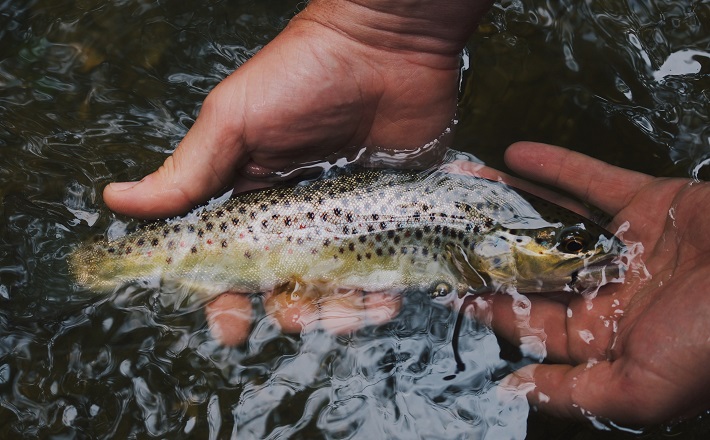 In a dramatic change of fortunes, he withdraws to Galilee apparently fearing for his life. The Greek word anechowreysen connotes fleeing. Matthew employs the term to describe Joseph, Mary and Jesus fleeing to Egypt because of Herod (Matthew 2:14) and later from Judea to Galilee because of Archelaus, one of Herod’s sons (2:22). The same term describes Jesus moving into the wilderness after John was beheaded (14:13). In each instance, people flee because of imperial violence or the possibility of such violence.

John has just been imprisoned by Herod Antipas for criticizing his immoral life. Extracanonical sources such as Josephus suggest that John also challenged Herod’s oppressive economic practices that had dealt death to many at the margins. The empire did everything in its capacity to eliminate people like John and intimidate potential threats. Jesus would have known that John’s imprisonment was a precursor to something more dangerous.

Coming on the heels of the three-fold temptation where Jesus was repeatedly invited to pursue his own welfare, security and power, one might be tempted to conclude that Matthew 4:12 describes him withdrawing for good. Given the threat of imperial violence, it would have been tempting for Jesus to flee to safety and avoid confronting the empire entirely. But there really was no safe space and avoiding the empire was not an option. This was the temptation after the temptation and Jesus emerges victorious yet again.

Matthew quotes from Isaiah 9 where the prophet introduces the messianic king who will lead people from darkness to light. Writing in the context of Assyrian occupation, Isaiah assures people that the messiah will shatter the yoke that was burdening them. He would reign on David’s throne and ensure justice and righteousness.

The Roman Empire had been subjecting people to darkness and death for generations. It made darkness and death integral aspects of the society and tried to normalize them. In Matthew’s appropriation of Isaiah’s prophecy, Jesus will lead people from darkness to light and destroy the power of death that Rome had come to embody. He will expose the destructive ethos of the Roman empire and demonstrate that darkness and death need not be accepted as normal. This is no small task or mere sloganeering. The devil tried to coopt him. The empire tried to threaten him. But nothing seemed to deter him. Jesus withdrew into Galilee spatially but, missionally, he stepped right in the heart of the empire. He boldly stepped into a dangerous space so he can lead others to safety.

How do we respond in the face of various manifestations of imperial violence in our contexts and the empire’s proclivity to punish those who speak up? Do we become complicit in the empire, run to seemingly safe spaces, or confront it? Do we make peace with the powers that be, or confront them to realize the kingdom of heaven?

It is too tempting to make peace with the empire in order to advance our economic and political interests. There is inevitably some cost for confronting the empire but the cost of not confronting it is much greater—the very loss of our identity as church, which was founded on the ethos of challenging the empire. A church that joins hands with the empire, or remains silent in the face of it, is a contradiction in terms.

Like John, Jesus suggests that the kingdom of heaven is at hand. The Greek word engidzo suggests that the kingdom is about to break in but has yet to arrive. Both John and Jesus make a connection between repentance and arrival of the kingdom. The kingdom of heaven is a state of affairs that will become a reality when people change their ways and work towards making it possible. People are asked to repent not so much to receive benefits of kingdom but to advance it for the benefit of others. They are invited to become agents of transformation.

It is hard to ascertain why Matthew’s Jesus calls it the kingdom of heaven rather than kingdom of God. But the phrase “kingdom of heaven” makes it less about a central figure and more about the characteristics and ethos of the new kingdom. It shifts the focus, if only slightly, to people who work to make it a reality and allows room for human agency too. Accordingly, the question is not so much “what will God do in the face of rampant death?” but “how will people respond?” People are invited to discern how they will confront socioeconomic and political structures that subject so many of their fellow humans to death and deny them basic dignity.

Jesus moves quickly to invite the first set of disciples to join him with the promise of making them “fishers of men.” The phrase connotes challenging structures of power just as John had done and Jesus began to do.1 It is a transformative and dangerous mission that Jesus inherited from John and is inviting disciples into it. And they leave their families, livelihoods and instantly join him for little in return. The disciples were apparently inspired by the mission and made radical commitments to the movement. The Roman empire relied on threat, coercion and enticements to recruit people into its military. The new kingdom, on the other hand, inspires them to participate in it.

The empire must have concluded that John’s imprisonment would sufficiently deter people from challenging its economic and political apparatus. But it had the opposite effect of strengthening the movement of resistance. The disciples were inspired to join the movement and large crowds from Galilee, the Decapolis, Judea and the region across the Jordan also participated in it.

The good news is that an oppressive empire might succeed in intimidating people by employing excessive violence but an empire built on the foundations of fear will ultimately collapse. A new kingdom that exposes dark aspects of the empire and leads people from death to life will always encourage them to embrace it. It will even inspire them to join its transformative work.

The mission was passed on from John to Jesus to the disciples and eventually to Matthew’s community. And it has been passed on to us. As the Church, we are invited to participate in the transformative work of the new kingdom. But we also have the task of inspiring others to join the movement.

The question is whether and how we are able to inspire people to join the work of transforming communities. How are we succeeding? Where are we failing?