After a fast-moving thunderstorm passed through our city, we woke up to a world without electricity. The house was dark. 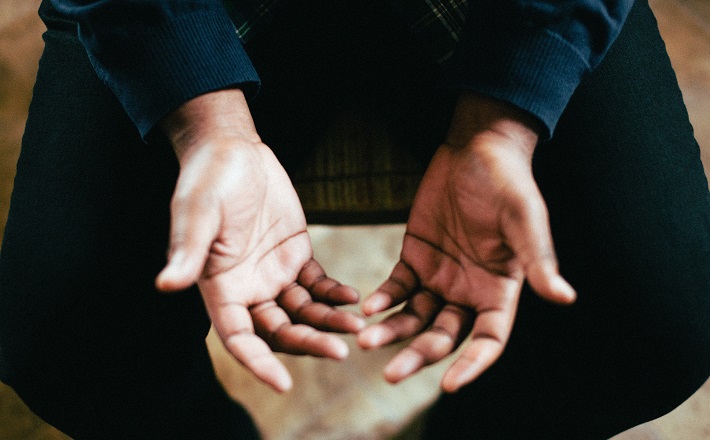 After a fast-moving thunderstorm passed through our city, we woke up to a world without electricity. The house was dark.

I tried a switch; no power. I checked to see if it was simply a blown breaker; it wasn’t. The power was decisively and decidedly out. And yet, I continued to flip dead switches, knowing what I knew. Somehow, I don’t think I was alone in those habits. Meaningless switches were being flipped all up and down our street, I’m sure of it! Despite the loss of power, the behavior associated with that power, like flipping switches or going to make your coffee, or using an electric razor, or expecting traffic lights to work, all of this continues to form our daily habits. Without thinking, I flipped more switches, and made more aborted trips to the electrical appliance of the moment than I care to admit. Apparently, living off the “electrical grid” takes some getting used to.

Maybe leaving the flesh, or rendering its switches meaningless, is something like that. Christ’s Spirit disrupts a grid which, for the most part, held us fast. At least that’s where my mind goes as I read Romans 8:12-17, especially in the sense that Paul is writing about a massive change that has been inaugurated in Christ through the power of the Spirit. Perhaps the law “resisted” the flesh, or it was intended to do so. But in our case, it simply arouses the will of the flesh, becoming in a sense an anti-law, nothing like the law which, in the previous chapter, Paul called “holy, just, and good” (7:12). Despite the law’s good, according to Paul, it emboldened the flesh (8:3). Thus, the flesh — its circuits and switches, its power sources — provided the “grid” which reliably (and destructively) powered our daily life.

Even so, “through the body of Christ” (7:4) and through the presence of the Spirit, we have died to the power of the flesh. Maybe that’s the power grid that has fallen out of use in Paul’s estimation.

In a sense, you could read Paul’s dialectal reflections as a dramatic transfer of power to the Spirit of God in Christ, the power source for a new life illuminated by God’s presence, giving us our life in the Spirit. Perhaps this is why Paul frequently repeats this “no longer” reality: we are “free from the law of sin and death” (2); we no longer “walk according to the flesh” (4); we do not set our minds on the flesh (6); “you are not in the flesh” (9); we are not “debtors to the flesh” (12); we do not “fall back into fear” (15). If the Spirit of Christ dwells in us, those switches and outlets which fueled our old identity have gone utterly dead —  there is no power in them.

And yet, isn’t it easy to slip into old habits, even hose we have solemnly rejected? Edward Fitzgerald’s The Rubaiyat of Omar Khayyam comes to mind: “Oft before I swore, but was I sober when I swore?” Those lines suggest a weary struggle with an addiction. Of course, it’s not “an” addiction only. With addiction, it’s not simply one switch but a grid of interlocking connections which gives power to the self-destructive behavior. Paul Achtemeier, biblical theologian, puts it this way: “Life pursued according to the flesh is the life . . . in which the entire perspective of the human being is turned in on himself or herself and the person [addiction] becomes the center of all values. Life in the flesh is essentially life carried on under the lordship of the sinful self. It is a life of self-idolatry.”1

A system rather than a switch. We might say it’s like a car that’s not running right. So, you take it in to the mechanic. That morning, when you drop it off, the mechanic says that it’s a single part that needs replacing, an in-and-out job, relatively inexpensive. But by the end of the day, it turns out that it will be a much larger job, in fact, a complete overhaul. It’s that way with addiction. You think it’s just one thing when you start out, but it turns out it’s the whole system than needs to be rebuilt!

Continuing the analogy, it’s one thing to say that the Spirit has invaded, disrupted, and dialectically dislodged the grid of sin, rendering it powerless; it’s another thing to liberate human beings from their captivity to that grid, mentally and physically. It’s the whole system. The switches are not only external but, in some way, internalized and collectivized into patterns of behavior that are not easily dislodged, or perhaps impossible, under our own strength. We can know that we are free but, out of habit or entrenched patterns, we return to those switches which, while ultimately powerless, still drain us of the triumphant life proclaimed in Christ.

Paul understands this and, thus, turns to the question of community as he suggests that we are no longer “rebels” or “disobedient” (isolated and alone in our misery) but children of God, led by the timely interventions Spirit (14). What does this suggest? Maybe it affirms that our new grid, if you like, is the body of Christ, the church. That Paul has in mind a family or a new community is evident: we are “children” (14); we are “adopted” (15); we know God intimately through the Spirit “who bears witness with our spirit that we are children of God” (16). What Paul envisions is not an “individual” but a community or network of relationships formed in the wisdom of Christ, guided by the disruptive presence of the Spirit.

As we think about this text, we should be mindful of Paul’s notion of adoption. The nuclear (biological) family, while familiar, isn’t exactly what Paul has in mind here. Since this text is set for Trinity Sunday, it might be interesting to explore how, through various metaphors of adoption, our identities have to be renegotiated, from top to bottom, as we participate in the life of the Triune God. Through adoption, we now know a radically new source for our life and being. Adoption is a deep metaphor. Adopt a second language and one adopts a different world. Becoming an in-law may give us an imperfect but useful glimpse of what that could look like. My mother-in-law confided that it was a whole new thing, learning that relationship, being a mother to a son (me) through an “adoption” by marriage.

Step-children and in-laws don’t fare very well in the popular imagination, but in Paul’s estimation the adopted child is the honored child, “heirs of God and joint heirs with Christ” (17a) — an identity born, sustained, and intimately connected to our heavenly parent, by God’s will through the power of the Spirit.