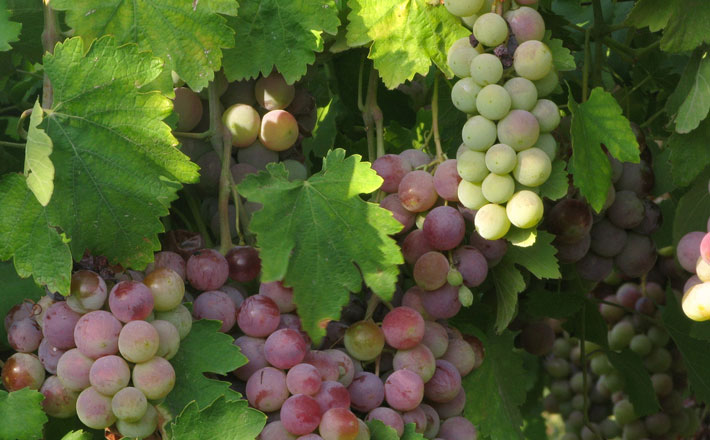 The Enthronement Psalms celebrate the reign of God as sovereign or king over all humanity and, indeed, over all creation. In their opening words, they cry out to all who will hear, “O come, let us sing to the LORD; let us make a joyful noise to the rock of our salvation!” (95:1); “O sing to the LORD a new song; sing to the LORD, all the earth” (96:1); “The LORD is king! Let the earth rejoice; let the many coastlands be glad!” (97:1).

Psalm 98 continues many of the themes that occur in the Enthronement Psalms surrounding it. The singer once again cries out, “O sing to the LORD a new song, for he has done marvelous things” (verse 1). The people and all of creation are then instructed to “make a joyful noise” in verses 4 and 6 (see Psalm 95:1, 2 — all from the Hebrew root rua’); “break forth into joyous song” and “sing together for joy” in verses 4 and 8 (see 95:1 and 96:12 — all from the Hebrew root ranan) and “sing praises” and “melody” in verses 4 and 5 (see 95:2 — all from the Hebrew root zamar). The words of praise in Psalm 98, though, move beyond the praise the reader encounters in previous Enthronement Psalms, incorporating musical instruments in the praise of God as sovereign — the lyre, trumpets, and the sound of a horn (Hebrew shofar) in verses 5 and 6. In verse 7, the psalm singer invites all of creation to add its own “instrumental mix.” The sea and all that fills it, the world and all that live in it are invited to “roar” — literally “make the sound of thunder.” And in verse 8, the floods are invited to “clap their hands,” and the hills to “sing together for joy.”

But why should all humanity and all creation join in celebratory song of God’s reign? Verses 1-3 and verse 9 frame the psalm and provide the rationale for such an extravagant display of praise. In the NRSV translation of Psalm 98, the word “victory” is repeated three times in verses 1-3. The verbal root of the word is yasha’ and means “deliver” or “free.” The “right hand” and the “holy arm” of God are able to deliver humanity, and, indeed, all of creation from the many oppressions with which we and it are faced.

Verse 9 states that God not only delivers, but comes to judge the earth and the world. This verse is rich in imagery and promise. “The earth” and “the world” are used in parallel structure to describe what God is coming to judge. The word translated “earth” is ‘erets, and identifies the whole of the earthly realm (Genesis 1:1, etc.); tebel is translated “world” and has a more narrow reference of meaning as earth’s habitable space. The word occurs fifteen times in the Psalter, with six occurrences in the six Enthronement Psalms in Book Four.

Verse 9 continues by stating that God will judge the world, that habitable space, with “righteous and equity.” The words “righteous” and “equity” are rich with both ethical meaning and sheer simplicity. “Righteous” is tsedek, a word to which we Christians often attach overtly religious overtones. The basic meaning of the word in Hebrew is “to do the right thing.” In any situation, what would a worshiper of the creator God do? What would be right for ALL concerned — not for some and not others, not for some right now and others later, but for all right now in the this time and space? “Equity” is the English translation of the Hebrew word yashar, which means, literally, “upright, straight, to the point.” Judging with “equity” means judging with a clear view of equality for all and a firm sense of right and wrong — not equality and right for those of privilege, but equality and right for all of the earth and the habitable spaces of the world.

In summary, then, Psalm 98 celebrates God as sovereign over the earth and the habitable world; invites all of creation to celebrate God’s sovereignty not only with song but with the loud clamoring of “musical instruments”; and assures it celebrants that God will deliver from oppression and judge all of creation with righteous and equity. What a reason to celebrate!

But, what does it actually mean to celebrate God as king, as sovereign? After all, we are here, in the habitable world, the tebel; God is there, in the heavenly realm. How does/can the judgment and righteous and equity of God play itself out in the tebel? At the end of all things, whenever and wherever that might be, God WILL set all things right. In the meantime, I maintain that those who embrace the message of our creator God and, indeed, all of creation — roaring, clapping, singing together — are the hands, the feet, the voices of judgment, righteousness, and equity in this world, the tebel. May we embrace our task, and may we enable, to the best of our individual abilities, all of creation to undertake the task.