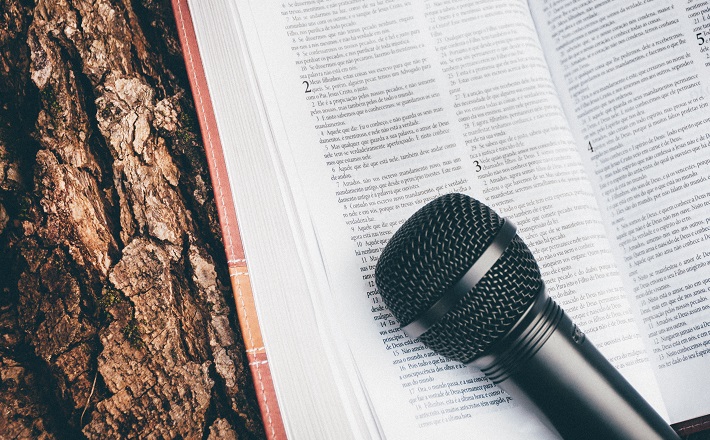 "I speak these things in the world so that they may have my joy made complete in themselves." (Public domain image; licensed under CC0)
May 13, 2018

The church as “The Way”

Before they were called Christians, the early church called itself “The Way” (Acts 9:2; 18:25; 19:9, 23; 24:14, 22). As witnesses of Jesus’ ministry and resurrection, the apostles and disciples followed the way that Jesus had taught them. They engaged in service for one another, living into the in-breaking Kingdom of God in community together.

Followers of the Way also knew Jesus as he describes himself in John’s gospel — as “the Way, the Truth, and the Life” (John 14:6). They knew this because they had seen first-hand God make a way through death into life in the very person of Jesus.

In the first days after the resurrection, the apostles and all of those who had been following Jesus therefore devoted themselves to learning about the Kingdom of God from the resurrected Christ (Acts 1:3). However, after Christ ascended into heaven, the Church had to figure out how to live into Christ’s new Kingdom until his return.

After Jesus’ ascension, the community of believers finds their natural leadership in the apostles whom Jesus had appointed (Luke 6:13-16). In Luke’s gospel these Twelve accompany Jesus as he proclaims the good news of the Kingdom of God (Luke 8:1). Jesus also gives them “power and authority over all demons and to cure diseases” (Luke 9:1).

Although many people, including women and children, accompany Jesus as disciples throughout his ministry, the apostles take on a special significance as confidants of Jesus (see Luke 9:12; 18:31). They are important not only for the individual roles they play, but also for the symbolic restoration of the twelve tribes of Israel that their number represents. Thus, they are frequently called simply “the Twelve.”

While the apostles are eating their last supper with Jesus, Jesus tells them, “I confer on you, just as my Father has conferred on me, a kingdom, so that you … will sit on thrones judging the twelve tribes of Israel” (Luke 22:28-30).

But when Judas, who “was numbered among” them (Acts 1:17), abandoned his office, the Twelve were incomplete. In order to maintain the parallel between the apostles and the tribes of Israel it was necessary that a new apostle be chosen.

The election of Matthias

Throughout Luke’s Gospel God has shown the divine power to make a way through oppression, betrayal, rejection, and death. Now in the selection of a twelfth apostle, God shows that God can make a way even through politics!

With eleven apostles intact, it would have been legitimate for the community of believers to question Peter’s insistence that a replacement for Judas be chosen at all. But then the connection with Israel would not have been complete. Symbolically, this could have called into question the early Church’s claim to follow in the tradition of Israel. By maintaining this connection, Acts makes clear that God’s Kingdom is for both the nascent community of Jew and Gentile believers in the Way and the Jews as the original covenant people of Israel.

Alternately, in a power vacuum for the twelfth throne, one could expect significant dispute and conflict between those gathered. Although the casting of lots was an accepted practice in first-century Jewish and Christian communities, Peter seems to be making the rules up as he goes. There had never been twelve apostles before and so there were no ready rules or processes for succession. And yet, in a room of likely more than 120 people (Acts 1:15, this number just representing adult men, and likely symbolic along with the Twelve), there is not a single dissent to be heard.

Matthias is chosen as Judas’ successor (Acts 1:26). And then, just as quickly, he disappears from the story — only implicitly present in mentions of the apostles or the Twelve. There is no contention, no usurpation. In no less of a miracle than the spontaneous unison prayer of all those gathered (Acts 1:24-25), Matthias and the other Twelve simply fade into the background of the real story — the continued in-breaking of God’s kingdom on earth.

God in Christ Jesus is a God who continually makes a way. This pioneering continues in Acts 2 when God pours out God’s own Spirit on Pentecost. The in breaking of God’s Kingdom can be spectacular indeed!

But in this moment, in this story, God’s way is quieter. God works through the human initiative or ordinary people like Peter and Matthias and all those gathered together. Through their quiet deliberation in an upstairs room, God sets the groundwork not only for Pentecost, but for the whole Gospel mission.

In Jesus’ absence, the apostles and disciples together are charged with being the Way. They bring the hope and power of the kingdom of God into communities and to people for whom the trials of religious and political oppression may have make it appear as though there is no way. In my faith tradition, the Evangelical Lutheran Church in America (ELCA), we express the attempt to live into this same charge with the sentences: “God’s work. Our hands.”

Living in light of the resurrection, we are called to follow our God who always makes a way — through betrayal, through death, and even through politics!

As with the previous eight verses of this chapter, 1 John 5:9-13 persists with connections to the Gospel traditions, especially John 20.
Print All Text Print All Commentary