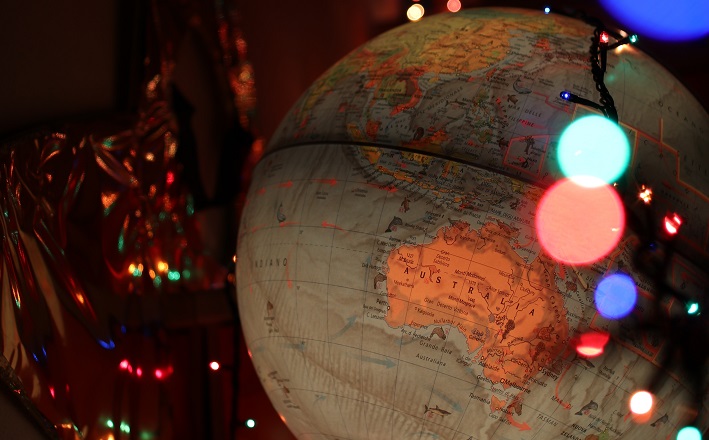 These followers of Jesus had already been arrested back at the beginning of Acts 4 for teaching in the temple about Jesus and his resurrection. The leaders had already heard Peter and John, speaking for all the disciples, say that they could not stop speaking about such things (4:19-20). Not surprisingly the disciples continued to preach and teach in the temple, and not surprisingly the High Priest had them arrested again (5:17-18).

An angel had released them from their cell, and sent them back to the temple once again to preach Jesus (ok, it probably WAS surprising for the leaders to find out that they couldn’t keep these guys in jail). One more time, in 5:26, they have the disciples arrested and brought before the ruling council. The repetition is starting to feel like the movie “Groundhog Day,” and it brings us to our pericope.

The leaders’ accusation against the disciples is also not surprising. They seem bothered by several things. Their authority hasn’t been obeyed. They did not get their way simply by virtue of their status, their social/religious position, and their vociferous demands. Some politicians (and some pastors!) that we could probably name likewise seem to expect that their every declaration will bring unquestioning conformity. Perhaps we even find ourselves, much to our chagrin, playing that same role with spouse, or children, or co-workers, or even with God. The leaders seem bothered that this situation is getting more and more out of hand.

The message about Jesus, which they had hoped to stop first with a Roman cross and then with repeated orders and jail cells, now seems to be filling Jerusalem. It has gone viral, and we know how difficult it can be to pull such things back into manageable limits. The leaders have lost their ability to control and manage, and they are sounding a bit desperate. We might even know what that’s like, when Jesus seems to be set loose in our lives, and he starts calling and sending us to unmanageable ministry.

But perhaps what bothers the leaders most is revealed in their closing line, accusing the disciples of trying to pin Jesus’ death on them (see Luke 11:50-51 for a similar expression out of the mouth of Jesus). Of course, and with all due caution about abusing this text in anti-Jewish ways (notice that Peter, despite their deep and even violent disagreement with one another, still refers to “the God of OUR ancestors” in verse 30), they did in fact play a major role in orchestrating the death of Jesus (Luke 22:1-6).

The early preaching in Acts has made that clear with stark honesty: “I know you acted in ignorance, as did also your rulers” (3:17); or, more directly in our text, “ … Jesus, whom you had killed by hanging him on a tree” (5:30). The leaders think that the disciples are aiming for vengeance, either human or divine, directed against them. In their fear and self-defense, it seems as though the leaders would have had the disciples killed (5:33), if it had not been for Gamaliel’s inspired advice in 5:34-39.

However, God’s purpose in overturning their murderous actions by raising Jesus from the dead and by thwarting their violent moves against the disciples is not to condemn and destroy, but instead to grant the gift of repentance and forgiveness (verse 31). The gracious surprise of this text is that the result of Jesus’ resurrection, even in the face of continuing posturing and self-protective threat, is not vengeance but mercy. On the other hand, this should not be surprising at all for attentive readers of Luke and Acts.  Mercy has been the Easter message from the beginning.

It may be sadly surprising when the church in our context lives and proclaims this Easter message clearly. All too often, the gospel gets deformed into a message promising God’s wrath on “those people,” whoever they might be who threaten our own position, authority, or sense of (false) security. But by the time we get to the Acts 5, we should have a good idea about what God intends for the world, even for enemies, through the resurrection of Jesus.

The gospel certainly does challenge and demolish powers of oppression, but it is always a word and an act of mercy. This text, from beginning to end, is the unsurprisingly constant story of human fear and self-protection even if it costs others everything, and the surprisingly even more constant story of God’s mercy. What Peter is preaching to the council is not vengeance, but the gospel.

Discipleship is lived in the midst of the clash between the Kingdom’s version of the world as God will have it, and the version of the world pursued by the other powers that we encounter in daily life. In this context we hear Peter’s ringing declaration that the church will obey God rather than any human authority (verse 29). That claim has sustained the faithful witness of the church in countless settings where political and military powers demanded other allegiance. Yet the church always wrestles with how to serve its neighbors without becoming a tool of the powers of this world (whether political, social, economic, or religious).

When we stand up to such powers in what we claim is faithful opposition, how do we know that we aren’t simply projecting our own desires, prejudices, and politics onto God, when in fact we are simply serving ourselves? Perhaps Peter’s reference in verse 30 to God raising Jesus is key here. What God promises and accomplishes is life rather than death, freedom rather than confinement, repentance and forgiveness rather than murder and revenge. That is the Kingdom to which the church is still called to bear witness in words and in actions.