Sometimes we think of the first century as a kind of “honeymoon” period for early Christianity where the church, led by the Spirit, was the ideal of holiness and unity. 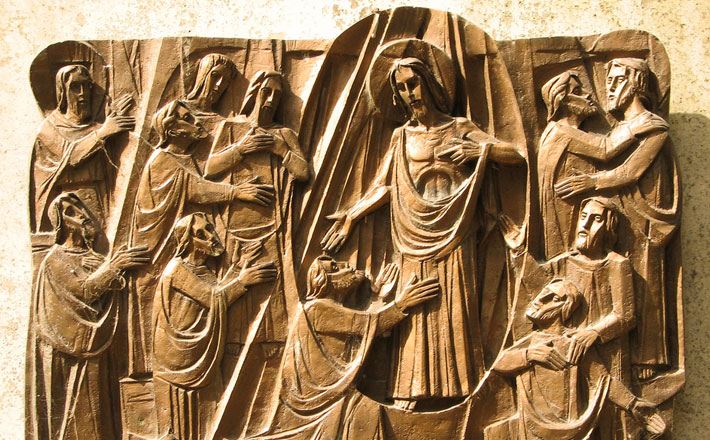 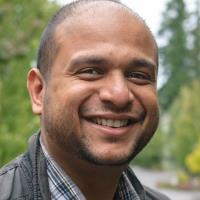 Sometimes we think of the first century as a kind of “honeymoon” period for early Christianity where the church, led by the Spirit, was the ideal of holiness and unity.

Certainly it would have been an exciting period full of fresh revelation, miracles, and the rapid growth of the church. However, texts like 1 John bear witness to the first century of Christianity also as a time of strife and the splitting of some Christian communities over differences.

We have meager evidence to support theories about what happened to the community that received this letter, but from the text it seems that some dissenters split off due to disagreements especially about the person of Jesus and the nature of the Christian life. These dissenters denied that Jesus was really human. They believed they followed the model of a spiritual Christ. As Christ is “heavenly,” sinless, and wise, so they thought they were as well.

The writer of 1 John (whom we will call “the Elder”) wrote this letter to “set the record straight,” so to speak, about these matters probably with the fear that current members of the community might split off to join the dissenters. What we have in 1 John, though, is not a polemic against these secessionists, but rather a positive appeal to readers to embrace the incarnate Christ and enter into fellowship with Father and Son. While 1 John has not held center stage in doctrinal discussions or even in preaching, this epistle happened to be favored by John Wesley, so much so that he exclaimed: “If the preacher would imitate any part of the oracles of God above all the rest, let it be the first epistle of St John” (Sermons on Several Occasions).

According to Luke, when Paul went to Athens he was engaged in discussion by Greek philosophers who were interested in his message out of intellectual curiosity because they enjoyed spending time “telling or hearing something new” (Acts 17:21). Perhaps the dissenters of 1 John were also obsessed with new knowledge and special wisdom. And we too are often caught up in “new” — new gadgets, new technology, new TV shows, new cars — new, new, new! If the dissenters’ views resembled what would later be called Gnosticism, they hungered for exclusive, unique knowledge, a privilege for the special few. What makes the beginning of 1 John so clever is how John overturns this obsession with novelty. He opens by writing about Jesus, giving a testimony to the incarnation. But he does this slowly to unwrap his message delicately. Even though he is talking about a who (a person), he commences what “what” (in Greek, simply, ho).

What was from the beginning

What we have heard

What we have seen with our eyes

What we beheld and our hands handled, concerning the Word of Life

First, it sounds like he is talking about a message, a Word (logos), because he begins with “what” and not “who.” For those looking for “news” I am sure the readers would be all ears. The “what,” though, is not a fresh, new idea, secret wisdom, esoteric knowledge. This “news” is “old news.” From the beginning. And not only have ears heard it, and eyes have seen it, but it was touched by human hands.

The Greek word used here is not the typical word for touch (apto), but rather is a verb that means something more like “physically examined” (pselaphao). For example, the verb is used in Luke 24:39 in reference to the risen Lord where Jesus himself says, “Look at my hands and my feet; see that it is I myself. Touch me and see; for a ghost does not have flesh and bones as you see I have.”

Some may want a special new message from the Elder, but he opens with the old, old story — of a person, a human, Jesus. One cannot know Jesus the risen and reigning Lord without reckoning with the incarnation, the “flesh and bones” of Jesus. If he is Word, we must attend to the words he spoke on earth to us first of all. If he is Life, we must desire to live the life (even now) he opened up for us in his earthly life and death on the cross. Only then can there be fellowship, union, and life together with Father and Son (1 John 1:3).

Sometimes, I think, we become victims of our own terminology. Often we use “spirituality” in a way that may lead us to think that being a Christian requires spiritual transcendence, leaving behind our bodies and this world, and catapulting our souls into a heavenly plane to achieve peace or holiness. But the truth is much simpler than that and is poignantly explained by the German pastor-theologian Dietrich Bonhoeffer: “Being a Christian does not add anything to being a human being, but puts our humanity into force.” It is crucial for John also to reinforce the humanity of Jesus to make it clear that Jesus sets a new pattern for human life, one marked by sacrificial love (1 John 3:16).

John spends much time in this epistle talking about sin. The dissenters apparently denied being sinful, so John reinforced the reality of human sin, even for believers (1 John 1:8). In the western church today, the problem is not so much that believers deny sin, but rather ignore it. “Fulfillment” is the new buzzword. We want Jesus to give us spiritual satisfaction, peace, contentment. These are good things, but John reminds us of the problem of sin — that it decays our life and pollutes our relationship with God. However, it would be taking the opposite extreme to believe sin is unconquerable. Confession (1 John 1:9) clears the pollution, and trust in Christ heals the decay (1 John 2:1-2). Much like the author of Hebrews, the Elder embraces the humanity of Jesus by appeal to his sympathetic advocacy (see Hebrews 4:15). Sin must be recognized and dealt with, but Christ, who was touched in his body by the fallout of our sinfulness, bears on his skin the marks of finding a new way to be human. He is the perfect advocate in his divinity because he alone could defeat sin. He is the perfect advocate in his flesh because his humanity is indelible.