Ephesians carries a message of “identity formation,” reminding Gentiles that they are “no longer aliens and strangers” (2:1–22), guiding them in understanding their new identity and socialization (4:17–6:9)… 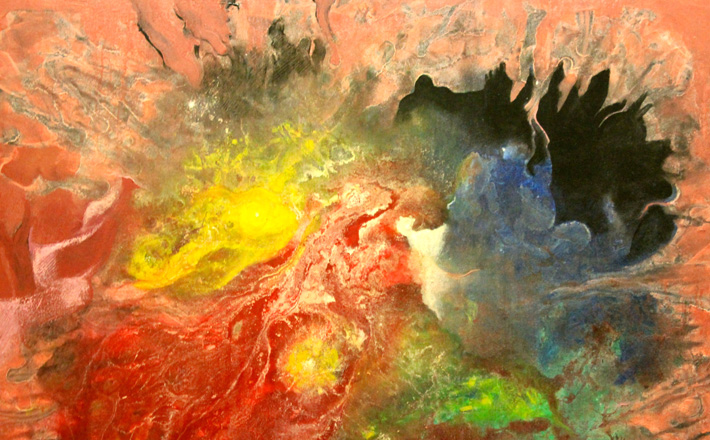 Ephesians carries a message of “identity formation,” reminding Gentiles that they are “no longer aliens and strangers” (2:1–22), guiding them in understanding their new identity and socialization (4:17–6:9)…

…and persuading them that in light of God’s great work of reconciliation in Christ, they too should live reconciled to one another (4:1–16).1

Our passage fills the crucial section of ancient letters where the writer sets the tone for the rest of the letter. Paul typically fills this part of the letter with a thanksgiving or prayer, but not always. As he does in 2 Corinthians, Paul begins the letter with a “eulogy” — the Greek word we translate as “blessing.”

This “eulogy,” like other Jewish eulogies, does not “bless” God but proclaims God as “blessed” because of God’s acts of goodness and salvation for his people (Psalm 28:6; 31:21; 41:13; 68:19).2 The word “eulogy” means very woodenly, “good word.” As we all know, a Greek word’s etymology is not the best way to understand meaning. The context of most Jewish eulogies clearly suggests that God’s “blessings” are more than just good words for us.

While “bless/blessing” language is fine because we’re used to it, and it can be explained as something far more than speaking well of another, let me suggest an alternative. Think of “eulogy” as an infusion of good (things, words, actions). To eulogize is “to infuse with good (by means of words and actions).” Try being creative about this famous first line of Paul’s “eulogy”: “The God and father of our Lord Jesus Christ is the “infuser of good things” — the one who has, in Christ, “infused good” in and for us with every spiritual “infusion of goodness” in the heavens!”

With this lengthy “eulogy” (verses 3–14), Paul frontloads the letter with heavy theological claims. God’s infusion of goodness plays out in the main idea that we are “chosen” (NIV) by God. Everything that follows is subordinate to this: chosen to be adopted into the family of God. Because of being chosen and adopted we “have redemption through (Christ’s) blood,” the “mystery of his will” is made known to us; we receive the promise of the Spirit. It is almost overwhelming.

The fact that this is one sentence in Greek pushes it over the edge. Where does one begin? Perhaps Paul intends to overwhelm the audience with God’s “infusion of goodness.” As it functions to set a foundation for the exhortation and instruction that will follow in the letter, Paul roots the community’s identity and the reconciliation to which Paul calls them in God’s infusion of goodness to them and among them. This must always be our starting point.

Paul makes effective use of repetition throughout the passage, repeating three times the prepositional phrase “in whom” (verses 7, 11, and 13) to refer to Christ as the one “in whom” God’s goodness comes. The doxological phrase “to the praise of his glory” is also repeated three times in verse 6, 12, and 14. The emphases lie on the claim that God chose them, and in Christ infused them with good things, the purpose of which is the return of praise to God.

Not all people, Christians included, are fond of the ideas that God chooses and predestines. It can be used as a sort of badge of honor to assert distinction and superiority over those who are not “chosen.” Or it can be a doorway into the Narnia of all kinds of bad theology. Nevertheless, predestination figures importantly in Romans 8:29-30, and being chosen is an important theme in the Old Testament (Psalms 33:12; 135:4; Isaiah 41:8-9), as well as in all of Paul’s letters.

One can do word studies on the Greek words and investigate how these ideas may have had meaning in the first century social world (which I recommend). Paul uses the second person plural throughout the section (more noticed in Greek than English) — he writes of God’s preordained election not of individuals, but of the Gentiles, a people who were once not God’s people (2:12–14).

God’s choosing and predestination do not function to draw lines; they are statements about God crossing the lines. Paul is not saying, “God has a plan for your life.” Paul is saying God has had a plan to welcome the Gentiles, and Paul the Jew uses the pronoun “us,” showing he has no problem saying that he is also part of them! God’s choosing and predestination here are not exclusivist claims. In this context they are claims of God’s great welcoming. In relation to the letter as a whole, God’s preordained welcoming of the once outsider Gentiles is to be the basis of a new identity and of unity and reconciliation to one another.

Jesus Christ plays a central role in this lengthy eulogy. God’s infusion of good things happens “in Christ.” “In Christ” likely implies both the agency by which and sphere wherein God’s work takes place. Emitting from God’s act of “choosing” us “in Christ,” several other good things come, signaled by “in whom” phrases in Greek, sometimes lost in English. Christ is the one “in whom.”

We have redemption through his blood, the forgiveness of transgressions (verse 7).

We have “obtained an inheritance” (verse 11).

Gentiles have received the seal of the promised Holy Spirit, the guarantee of inheritance (verses 13-14).

These things and the centrality of Christ may not be new — to us. Perhaps this familiarity carries unintended consequences. It really is a radical message: those once not part of God’s people have a new identity, chosen to share in fellowship with God in Christ, equal inheritors of God’s goodness.

The centrality of “in Christ” decenters all other identities that create divisiveness and superiority on the basis of worldly evaluations, or distinction along the lines of human built identities. The identity and benefits in Christ, stated in this “eulogy” at beginning of the letter, are not the end-point of God’s work in and through Christ; they are the starting point for new life. Everything – everything — about their new existence is to be found “in Christ.”

God’s choosing and infusion of good things in Christ have a purpose. The purpose clause “to the praise of his glory” is repeated three times (verses 6, 12, 14). The praise of someone’s glory was a vital part of the benefaction system in the Roman world where benefactors gave “graces” to those below them who were worthy, for the ultimate benefit of the benefactor. Here’s what rattles the system: God’s actions go well beyond the normal or even respected actions of a benefactor. God chooses people who are not part of the approved circles of benefaction (Gentiles) for the purpose of adoption!

Recipients of benefactions were to praise the “graces” of the benefactor, so that the benefactor’s status would be glorified. The infusion of God’s goodness and the calling in Christ do not serve the purpose of proclaiming human triumphalism. The infusion of God’s good work serves the purpose of proclaiming God’s goodness, which ultimately benefits humanity. Such praise does not happen within the comfortable walls of the church. It was and should be public declaration and “advertisement” of the goodness of the giver, so that all may know they’ve been chosen by God, adopted, and reconciled to God and to one another.

2 As Robert Ledogar points out, to “bless” God is not to express a wish or command to bless God, but rather it is a declaration that God is “blessed.” It denotes a quality: God is “blessed” because of God’s work for humans (“Verbs of Praise in the LXX Translation of the Hebrew Canon,” Biblica 48 [1967], 54).

One sure way to doom yourself as a preacher is to make a habit of beginning your sermons by quoting the commentaries.

Ephesians carries a message of “identity formation,” reminding Gentiles that they are “no longer aliens and strangers” (2:1–22), guiding them in understanding their new identity and socialization (4:17–6:9)…
Print All Text Print All Commentary