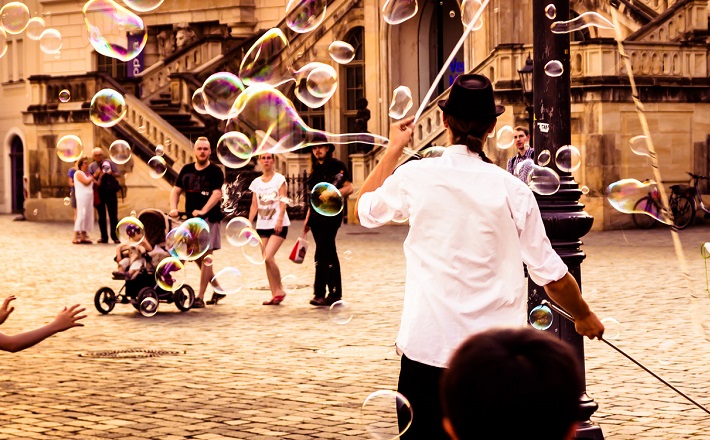 “Word” in Greek is logos, meaning word, spirit, and mind. Let’s not forget that the Word of God enlightens everybody regardless of class, race, gender orientation, culture, age, ableism, citizenship, etc.

For generations, Galilee, the land beyond the Jordan, was dismissed as “the people who walked in darkness” (see Isaiah 9:2), which makes Jesus’ emergence as Word in that time and place all the more surprising.

“The world came into being through him; yet the world did not know him” (John 1:10). This world may be God’s finest work, but in our present context it seems that big corporations and banks have reduced creation to merchandise. They (the world) do not know the Word.

As Brazilian educator Paulo Freire reminds us, it is not enough to know how to read; we have to learn to read the world, namely, reality.1 The word reality comes from “royalty,” and in this age it seems that the almighty mass media is the one who tells us what reality is. It favors virtual, fantastic, television reality at the expense of “real” reality. We as Jesus’s disciples need to step up and be accountable to God’s creation for real. What if the Word that brought the world into being is calling our churches to raise our voices to stop “torturing the earth” (à la Sir Francis Bacon)?2

Little wonder then, that when Jesus was in Nazareth where he grew up, he was not able to perform any miracle. The Galilean could “do no deed of power” (Mark 6:5). The message for today is that it is fine to be vulnerable; Jesus was not in control all the time. Thus, we have to learn to be rejected and in spite of that, to keep on keeping on.

Further, if we look at Mark 4, Jesus’ explanation of the parable of the mustard seed may be read as a confession of his own ignorance: “the seed would sprout and grow, he doesn’t know how.” (Mark 4:27). In spite of his weakness or limitations, Jesus continues advancing the Reign of God and its justice. We, his followers, should have no excuse at all, for “we walk by faith not by sight” (2 Corinthians 5:7).

In kingdoms of this world, children got their citizenship either through their jus sanguinis (blood rights), or by means of their jus soli (soil rights). In the reign of God, however, Jesus grants full humanity, leaving behind geographical walls and the “blue, royal” blood.

As Christians we become children of God in our baptism: “As many of you as were into Christ have clothed yourselves with Christ. There is no longer Jew or Greek, there is no longer slave or free, there is no longer male and female; for all of you are one in Christ Jesus” (Galatians 3:26-28). Children of God renew their baptism by practicing hospitality, welcoming all citizenships: Jews or Greeks; by respecting all religions: Jewish or Greek; by providing equal gender opportunity; by equalizing and redistributing wealth through bailouts that benefit the poor, not the banks or the car industry.

(1:14) God became clay and registered among us

Martin Luther was sharp in qualifying Mary’s humility as an economic element rather than a moral one.3 God’s glory, revealed through the Son, came precisely through unconventional ways, when judged by the empires of this world: a handyman (Mark 6:3), Galilean, layperson, unmarried by choice (Matthew 19:12) who was a glutton and drunkard (Matthew 11:19).

Luther said that some people play “hide-and-seek” with God, since they look for God where they know God is not, and vice-versa. In a 6th-century mosaic in the Archbishop Chapel at Ravenna, Jesus is portrayed after the likeness of Constantine carrying the cross casually over his shoulder, as if it were a golf club. Nothing could be further from the truth. Jesus and his cousin John saw the glory in taking sides with lost causes, with the poor, with the ones who lived outside the gates of Jerusalem.

Only the Son can see God directly but the Son has made God known in his incarnation: “from his fullness we have all received, grace upon grace.” And still more good news: the criteria of truth to see God’s glory is by being able to see Jesus in disguise: through feeding the hungry, visiting the prisoner, clothing the naked, sheltering the homeless. Seeing God’s glory is to listen to the immigrants knocking, to open our doors, to invite them for dinner and to shelter them, in short, to see Jesus in disguise.

These verses offer real good news to a people longing for it.

Psalm 147 is classified as a Community Hymn — a hymn of the people that celebrates God’s sovereign reign over the community of faith and over all creation.

Ephesians begins with both a blessing (verses 3-14, as in 2 Corinthians) and a thanksgiving (verses 15-23, as in most of the undisputed letters of Paul).
Print All Text Print All Commentary