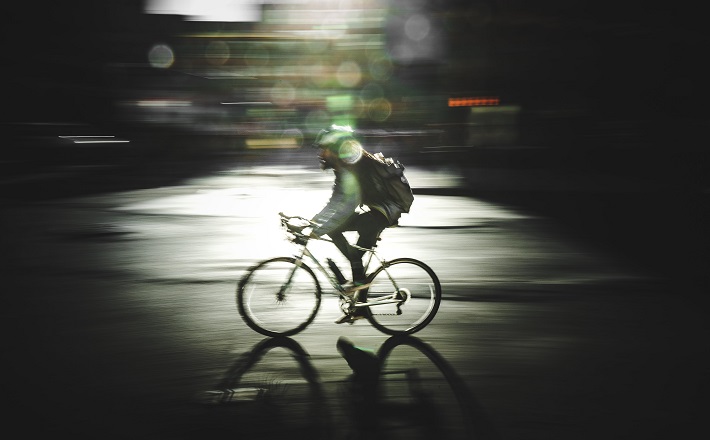 His appellative makes a curious pun, for Malachi’s name in Hebrew literally means “my messenger.” Perhaps, the prophet has so apropos a name for what he is called to do that we are tempted to suspect Malachi may well have been his sobriquet. He is not the only messenger of the Lord; however, he is a paragon of what a messenger of God is supposed to do.

Through his ministry, God will restore the world to purity once again. To deliver the message, Malachi is going to live out the spirit of the famous courier’s creed brandished on the US Postal Service Building on Eighth Avenue, New York City, USA. The inscription, which can be traced as far back as to Herodotus, reads, “Neither snow nor rain nor heat nor gloom of night stays these couriers from the swift completion of their appointed rounds.” The prophet plays a critical role in the fulfillment of God’s plan.

God’s messenger will clear obstacles to the Lord’s coming (verse 1a). The prophet is commissioned to do that by the Lord of hosts (Yahweh Sabaoth, verse 1b; see also verses 5 and 6). Invoking the traditional regnal name of God, Malachi presents the divine visit as an exercise of the Sovereign Lord’s rule. An impactful event that will transform the world is about to be unfolded. The beginning of the passage highlights this expectation with a Hebrew particle (hineni; “See” in NRSV) — the presentative whose grammatical function is to call attention to what is about to be set forth.

The context of the passage provides a preview of the purpose of God’s announced coming. The immediately preceding verses (2:10-17) charge Judah with violating the covenant. The state of affairs has engendered horrid complaints about God’s perceived permissiveness or collapse of divine justice (verse 17). God is coming to rectify the corrupt state of the world (3:1-4).

The prophet underscores God’s pursuit of purification with a set of metaphors for cleansing, such as “a refiner’s fire,” “fullers’ soap,” and “a refiner and purifier of silver” (verses 2b and 3a). While these images suggest stringent reproof that is bound to involve pain, they also reveal the high value placed on that which is being purified. Like refined precious metals and well-washed fabric, the people will emerge radiant at the end (see also Job 23:10).

The prophet warns that God’s appearance will take them by surprise (see “suddenly” in Malachi 3:1). The prophet may hint at the dangerous possibility of the people being caught unprepared for the coming of the Lord. Yet no amount of preparation will enable one to anticipate adequately the impact of God’s appearance and the depth of the cleansing that it will implement.

The event is expected to be so serious that its process alarms the messenger himself. The prophet wonders, “But who can endure?” (verse 2a) The Hebrew verb used here for “endure” (mekalkel) is what grammarians call a reduplicated form, in which a part of the word is doubled (k and l in this case). Reduplication often signifies repeated action or sustained state. With the sound effect from the repeated consonants, Malachi invites audiences to imagine the challenge and struggle that will accompany the Lord’s coming. To endure the day, one will need endurance.

The plan of purification sets the reform of worship as its clear target. It is already made manifest in the location of God’s coming — the temple (verse 1a). The place of worship will be the starting point or the focus of purification, which will continue until the priests are able to present offerings in the way God requires (“in righteousness,” verse 3b).

The NRSV’s marginal note offers “right offerings to the Lord” as an alternative translation of the prepositional phrase in verse 3b, suggesting that the propriety of what is being offered is at issue. This focus on worship is in consonance with the main thrust of the prophetic book. Earlier in the book, the prophet says that the chastening will be directed to “the descendants of Levi,” that is, the priestly class, whose corruption is condemned in 1:6-14 and 2:1-9.

This purification of worship will be extended to the people of God (“Judah and Jerusalem,” 3:4a). The upshot of the reform will be worship that pleases God as it is supposed to do. The prophet points to the touchstone that will assess the fitness of reformed worship, which will be restored to the past before corruptions set in (“as in the days of old and as in former days”; 3:4b). There were other prophets who attested to such a time of innocence (see also Jeremiah 6:16; Hosea 2:15). Although the former pristine period is not further identified, the idea of such a time suggests that what is wrong today has not always been that way.

Malachi anticipates that the people will make crisscrossing responses to the coming of the Lord. The message that the prophet bears will inspire delight (Malachi 3:1a) as well as alarm (verse 2a). The intersection of hope and despair resonates with the liturgical image of Advent as the season of penitence that reorients us to God in worship. Even today, Malachi helps us imagine that the appearance of the Lord will take us by surprise — as all amazing grace does. Once again, God’s messenger prepares the heart of the people for the coming of the Lord, who will be soon in our midst.