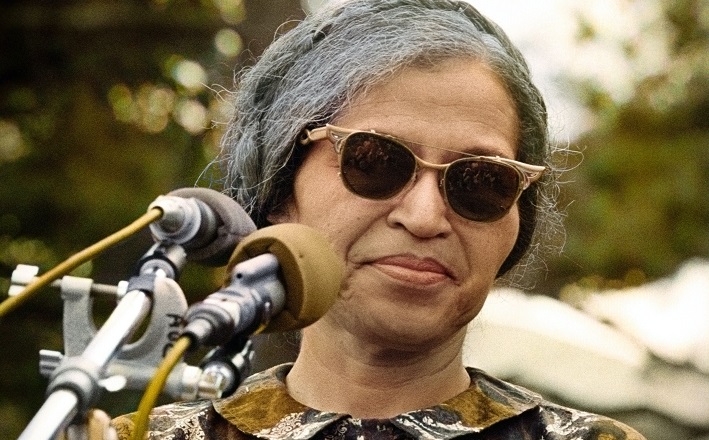 The narrative immediately preceding it (Isaiah 39:1-8) features King Hezekiah, who hosts an envoy from the faraway country of Babylon. This narrative, which functions as the conclusion to “First Isaiah” (Isaiah 1-39) points forward to what is arguably the book’s most formative historical moment: The Babylonian exile. Splitting the book into two major sections—roughly pre-and post-exile—the destruction of Jerusalem is never described as it is in, say, 2 Kings 24-25. The exile is anticipated in Chapter 39 and then only assumed in Isaiah 40. It’s as if the editors didn’t need to—or perhaps couldn’t bear to—talk about “that” time, when God handed over God’s beloved Daughter Zion into the hands of a vicious foreign army. Whatever the reasons are for the lack of a description, the reader necessarily fills in the literary gap with her own memory.

Isaiah 40:1-11 can be described in one word: “Comfort” (root: n-ch-m). This text is a word of tenderness after a very long and dark night of judgment. The text is clear about one thing though. What happened to Jerusalem happened because of the city’s sin: “she has received from the Lord’s hand double in exchange for [or because of] all her sins” (verse 2, my translation). But, as is often the case, the violence got out of hand. The reference here to “double” (kiflayim) likely refers to excessive violence on the part of the Babylonians, a risk that God takes when employing empires in the execution of God’s will (Isaiah 10:5-15; cf. Zechariah 1:14-17). The “comfort” that Isaiah 40:1-11 offers, then, is not only an attempt to restore hope to Yhwh’s relationship with Israel, it is also an acknowledgement on Yhwh’s part that the judgment went too far, wells beyond what Yhwh intended.

It’s not accidental that “comfort” (or lack thereof) is also an important theme in Lamentations, a book that bewails the destruction done to Jerusalem and also bitterly wonders whether God’s judgment went too far (Lamentations 2:20-22):

“She weeps bitterly in the night, with tears on her cheeks; among all her lovers she has no one to comfort her [root: n-ch-m]; all her friends have dealt treacherously with her, they have become her enemies.” (Lamentations 1:2 NRSV)

“Her uncleanness was in her skirts; she took no thought of her future; her downfall was appalling, with none to comfort [root: n-ch-m] her. ‘O LORD, look at my affliction, for the enemy has triumphed!’” (Lamentations 1:9 NRSV)

“For these things I weep; my eyes flow with tears; for a comforter [root: n-ch-m] is far from me, one to revive my courage; my children are desolate, for the enemy has prevailed.” (Lamentations 1:16 NRSV)

Isaiah 40:1-11 (and in fact much of 40-55) can be read as a prophetic response to outcries of pain like those voiced in Lamentations. Into this void of despair, the prophet speaks promises, which become the basis for Judah’s new future. Knowing, however, that his audience has been traumatized by war, the prophet also works hard to convince his audience that Yhwh’s words are actually trustworthy. Isaiah 40:1-11, then, represents the very best kind of preaching. It is the kind of preaching that is grounded in proclamation and promise, but shaped fundamentally by careful listening to those things that afflict the hearts of his audience. Great preaching one might say involves two ears and one mouth.

A new voice joins the scene in verse 3, declaring: “In the wilderness prepare the way of the Lord, make straight in the desert a highway for our God.” While the addressees of this text are likely exiles, or at the very least people who have been affected profoundly by the exile, the highway is not for them, it is for Yhwh. The implication of this imagery is that God has abandoned Jerusalem, leaving it to the hands of the Babylonians (cf. Ezekiel 10). Verses 3-5 seek to assure the audience that the time of Yhwh’s long absence from Jerusalem has come to an end. Yhwh will return to his holy city and again be accessible: “the glory of the Lord shall be revealed” (verse 5). The language of revelation in verse 5 is very important. The glory of the Lord needs to be revealed because, from the exiles perspective, it has been hidden, and a hidden God is a terrifying God. Isaiah 40:1-11 seeks to convince its audience that the season of God’s hiddenness has come to an end.

Zion herself is then called to the task of preaching: “Get you up to a high mountain, O Zion herald of good tidings” (verse 9). The message of Zion resembles the message given by John the Baptizer: “Here is your God!” (verse 9, cf. John 1:29-34). But the message doesn’t stop there. The God of Isaiah is never discussed in the abstract, only in terms of the particular words of demand and promise being offered. And for Zion, those promises are that:

Zion is called to herald an array of promises for Isaiah 40:1-11’s audience. The God announced is both powerful and gentle, able to comfort as well as defend. This God is a shepherd.

For the preachers and teachers who decide to use Isaiah 40:1-11, I urge you to read it not only as a word for your congregation or audience, but also as a primer on preaching itself. Like all of us, Second Isaiah was forced to preach to an audience that had experienced trauma and whose relationship to God had been deeply wounded as a result. For this audience, God’s hiddenness was far more real than God’s presence, and the preacher’s job, at least in part, is to point to those places where God is present (“Here is your God!” verse 9).

Discussion Questions for Advent 2A