In this short passage from Paul’s letter to the Philippians, these verses begin and end with something between an exhortation and a plea. 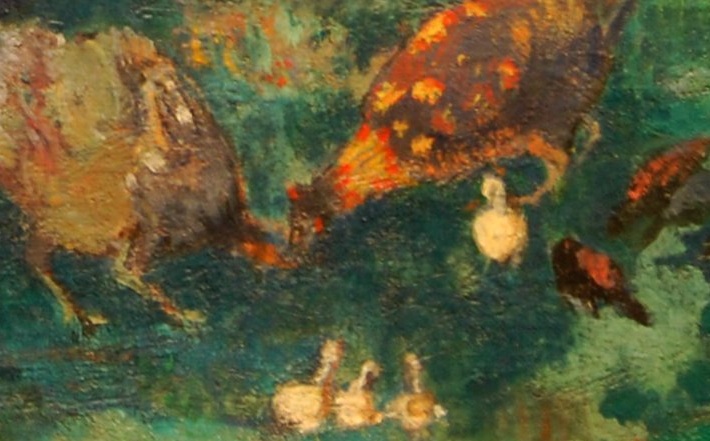 In this short passage from Paul’s letter to the Philippians, these verses begin and end with something between an exhortation and a plea.

Paul’s letter is written to the small assembly of believers in Philippi, a significant city and proud Roman colony on the main east-west road between Byzantium and Rome. The letter has a thematic unity in spite of a number of abrupt changes of topic: Paul is eager to highlight Jesus’ refusal to cling to any advantages that might have been his as God’s own son. Jesus gives up the advantages of power to become God’s call, God’s wooing, if you will, of humankind (yet again!). When God exalts Jesus above all others after Jesus’ death on a cross, Jesus’ way of being in and among and for humankind is the light for us of God’s love for us.

Paul sees himself and other evangelists of God’s love in Christ as living in this same way, that of eschewing privilege and power in order to woo others by and for God’s love, not least for each other.

Our passage once again sums up a call to a way of life and an understanding of a Godly life, that is “citizenship in heaven” (Philippians 3:20) that has been repeated and developed throughout the letter.

It begins with a direct description of how these believers might understand themselves, that is, as symmimetai or fellow imitators (NRSV “join in imitating”). The imitation called for is not a matter of Paul’s ego-driven mission and to be readily dismissed. Rather Paul offers himself and others as those who are not “enemies of the cross,” but find in the cross the true description of how God in Christ has come to serve. Surely such a god is almost incomprehensible to Paul’s hearers: such a contrast to the gods with which they were familiar in the Greco-Roman world, and our world as well.

Paul is trying so hard throughout this letter to clarify what the “this way” in Philippians 4:1 really means for all followers of Jesus, all those incorporated into his body. There is a present “this way” and a future: these two are connected by process. The key Greek verbs here are in the present tense (see Philippians 3:17 and 4:1). The Philippians are asked to continue behavior and not abandon what it means to “stand firm” (4:1) in Christ, that is living according to God in Christ (“heavenly citizenship”, 3:20), as Paul and others are trying to do (3:17). “Keep on imitating,” “keep on observing” so that you may continue to live (3:17) not as an enemy of the cross of Christ, but as one “standing firm” in the Christ who himself went to that cross.

It is a powerful passage, offering both a calling that is counter-cultural for the ancient recipients and perhaps even more so for us. The promise of life for those who have their citizenship in heaven is continued transformation into the body of Christ’s glory (Philippians 3:21). That transformative action is written of in the future tense, beginning, one dares to assume, with incorporation into that body through baptism. It is really important to say that neither “heavenly citizenship” nor full future transformation refer only to some reality beyond that of earthly life. The Philippians, like Jesus and Paul and others, are to live here on earth as citizens whose constitution (the gospel, cf. 1:27) comes from God, not from any other gods or emperors. Their lives, transformed by being caught up into the body of Christ, now have different values, different sources of power, different goals than those who are not living that life (cf. 3:18-19).

It is important to notice how Paul describes the Philippians believers in 4:1. They are those for whom Paul longs. They are his joy. Their existence is Paul’s own crown — he needs no other, itself a counter-cultural claim that exemplifies the very life in Christ that Paul calls to mind in this letter. The crowns voted by assemblies, the crowns that deck the brow of Roman emperors or other kings, are not the reward treasured by lovers of God.

This letter, so marked by joy (Philippians 1:4, 25; 2:2, 29; 4:1) and affection, helps the Philippians understand that true joy and hope flow from trust in God’s promises, the presence of the transforming Holy Spirit, and a life lived in accordance with the “mind of Christ.” Such joy is corporate rather than individual and is known in lives lived for the well-being of the neighbor rather than a life lived for the sake of one’s own achievement.

Can this be preached in 2016? The preacher’s imagination will be called upon to help picture for hearers how a life lived with the mind of Christ might shape the relationships so clouded by racism. Or the fears that arise for many of us as we contemplate an influx of refugees whose needs stress the supplies we have in place to maintain a way of life. How can believers not cling to privileges, many earned by hard work AND a lot of luck? Can we yield power to those who have so little, trusting that it is God’s way to increase joy in this life and the next? Can we do any of this imaginative action, this creative living without a phony naiveté?

Is it possible to be convinced in 2016 that creation itself needs to be treated with respect and a holding back on our part that allows nature to thrive? I don’t know. We are so shaped by the expectation of consumption, accumulation, preservation of our goods into the future, and self-determination about what we will give and care about, that this ethos, this citizenship that is “worthy of the gospel (Philippians 1:27) is a radically strange world to imagine. But, what an opportunity to remind ourselves of God’s good news as law and gospel!

This text reminds us of Jesus’ daily ministry in the face of his approaching passion.

Psalm 27 fits well with the Gospel reading in Luke 13.

In this short passage from Paul’s letter to the Philippians, these verses begin and end with something between an exhortation and a plea.
Print All Text Print All Commentary