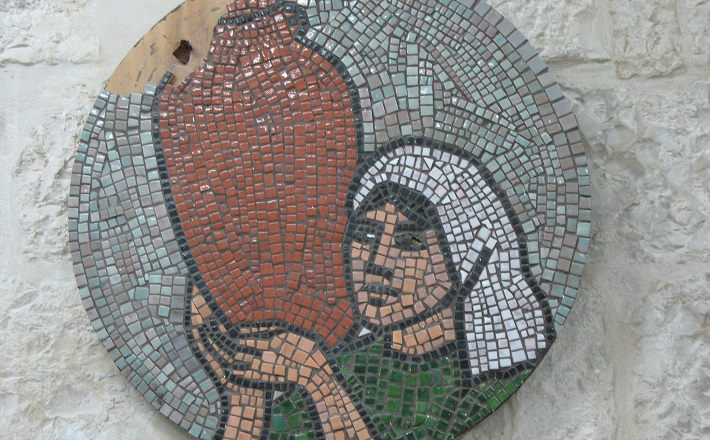 We should not dismiss this passage or the experience of lamentation. We might prefer the joyous scenes of birth, baptism, and gift-giving of the previous occasions. Even those, however, come in the midst of complications. The power play of the census surrounds Jesus’ birth, the intrigue of Herod surrounds the Epiphany, and the temptation awaits after the baptism.

Isaiah’s lamentation fits with the complications of life. After the joy of Christmas and the hope of the turn of the year have faded, we notice that life hasn’t changed. God still seems far away at times. Corruption and evil seem just as strong and intractable. The church seems as divided. Lamentation expresses the longing between what Advent and Christmas promise and the reality we encounter.

The situation in the passage grew out of the frustration between promise and reality. Encouraged, emboldened, and empowered by the eloquent words of the prophet scholars call II Isaiah (Isaiah 40-55), the people had returned to the ruins of Jerusalem and Judah to begin again. God was doing a “new thing” among them (43:19). If the Babylonian exile felt like punishment for sin, the return to Jerusalem became God’s act of forgiveness (40:2). The prophet’s soaring words inspired the people. Nevertheless, when they followed the prophet back home, they encountered infighting, setbacks, and frustration.

Within that situation, the prophet scholars call III Isaiah (Isaiah 56-66) expresses the pain of the people. The prophet not only gives voice to lamentation, he speaks with persistence, even defiance. He will speak up and continue to speak, refusing to rest. This bold, unflinching, unrelenting outcry enables the people to vent their feelings, but also reveals much about the divine-human relationship. If the prophet assumed that God did not care, he would not need to persist in speaking out. The passage suggests that the prophet assumes God will listen, if the prophet does not give up.

The passage moves from the daring lamentation of the prophet to beautiful promises. The prophet has progressed from giving voice to the grief of the people toward God to speaking on behalf of God back to the people. The prophet serves as a true intermediary. He (or perhaps she) communicates the raw emotion of the people to God and the promises of God back to the people. The passage represents a true dialogue. Dialogue depends on a continuing faith underlying the frustration.

The promises begin with the assurance that Judah’s vindication, salvation, victory, redemption (all possible translations of the two terms in the second half of verse 1), shall become abundantly obvious, shining out and burning. Part of Judah’s agony has been taunting (Psalm 137), derision and dismissal by the rest of the nations. The first two verses proclaim that Judah’s influence will shine out and that the people will know respect.

The new name likely indicates a change in status, as name changes often did in scripture (Jacob/Israel, Abram/Abraham). Several images follow that suggest how valuable Judah will be to God. They will be a “crown of beauty” and a “royal diadem.” God will delight in Judah. No longer will the people feel abandoned or forsaken.

The marriage imagery has difficulties in translation. The Hebrew term could be rendered as sons marrying a mother. Some commentators have suggested that the image is that of God as the one who built or formed Judah will become the husband (NRSV, but see footnote). The consonants for the terms “son” and “build” are essentially the same. The prophet would not imply a disgusting metaphor. Either builder is correct, or, as some scholars suggest, the term could indicate a young man. The underlying implication is that, in a good way, the people will enter into a healthy relationship with God.

As often happens, the lectionary committee has cut off the reading in the middle of the poem. In the verses given for today, the poet moves from lamentation to rejoicing. The poem moves from stubborn faith to fulfillment. The second half of the poem begins the theme of lamentation again, but in the verses for today, the reading describes a common faith experience of naming frustration, while moving to affirmation of hope.

With the movement from lamentation to hope, the passage fits well coming the day before the holiday for the birthday off Martin Luther King, Jr. Both the passage and the holiday acknowledge the gap between what ought to be and what is. Both the passage and the holiday express frustration, but cling to God’s future. Surely, the battle for racial and economic justice fits the image of one who refuses to keep silent. Nevertheless, the church holds tight to the promise that God will bring fairness and reconciliation.

Besides the holiday, the passage also speaks to other situations which evidence the gap between expectation and reality. The passage gives material to talk about the declining influence of the church. If the church feels forsaken by society, or wonders why God doesn’t work through the church, the passage speaks to that experience.

While avoiding self-congratulation, the preacher can help the church claim its beauty and value to God’s purposes in creation. Any situation in which the preacher identifies this gap can enter into dialogue with the passage: hopes for the new year, the struggles of an individual church, the ways in which we fall short in our personal spiritual growth. The gap between what is and what should be exists on many levels. This passage gives the preacher resources to speak to God’s longing to bridge that gap.

As is often the case with lectionary readings from the Psalms, the preacher must decide whether she or he wants to preach only the specific lection or whether the sermon should include the entire psalm from which that lection is drawn.

The Corinthian ekklesia (church) was a vibrant community where members received varieties of gifts from the Spirit.
Print All Text Print All Commentary