These words from 1 Thessalonians anticipate the season of Advent, which begins in two weeks. 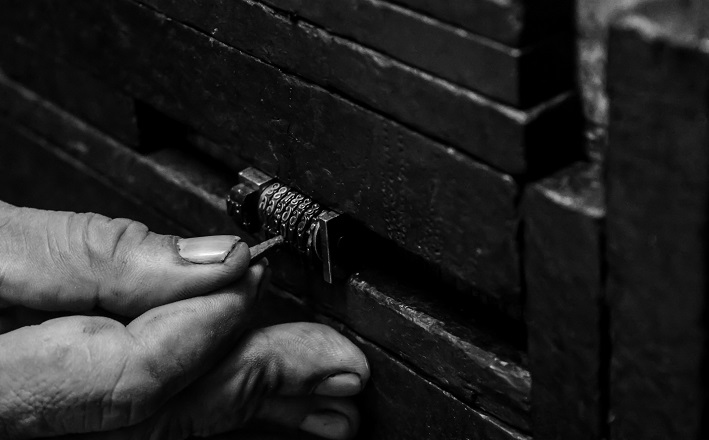 These words from 1 Thessalonians anticipate the season of Advent, which begins in two weeks.

How we mark time says a lot about how we assign meaning to our existence. Paul reminds us that beyond cradle-to-grave moments accompanied by seasons of aging, our lives are embraced by a larger time frame—one described by the incarnation of Christ and the coming of Christ again in the fullness of time.

The coming of Christ

The concept of the “coming of Christ” (“day of the Lord”) has been the cause of some mischief. In some cases, it has been used to scare people into a misguided sense of obedience. In other instances, it has led to a self-serving faith rooted in cheap grace.

In the case of the tiny community addressed by Paul in Thessalonica, the coming of Christ led some Jesus followers to become idle (1 Thessalonians 4:10; 5:14). If Christ was coming again soon, what need was there to work? Viewed in a more positive light, perhaps some sought to live in a state of constant prayer so that they would be ready when the moment arrived. A more recent version of this “idleness” is exhibited by those who see no need to address social issues because the soon-to-take-place appearance of Christ will take care of it.

To encourage the Thessalonian Jesus followers, Paul uses a familiar rhetorical device, setting up a contrast between “them” and “us”:

Paul reminds them that “you yourselves know” (often an indirect way of suggesting “just in case you forgot”) that the day of Christ will come “like a thief in the night” (5:2). He continues in verse 3: “When they say, ‘There is peace and security,’ then sudden destruction will come upon them, as labor pains come upon a pregnant woman.” The phrase “peace and security” was a slogan on Roman coins to remind people of the source of their peace and security. The allusion would not be missed in Thessalonica, the capital of the Roman province of Macedonia that participated in the cult of the emperor.

It is worth pausing on the illustration of the pregnant woman. While the thief in the night is unexpected, the birth pains experienced by the woman have been anticipated for many months. She knows that there is no way to avoid them in order to give birth. While Paul’s focus is on the inevitability of the pain, there is more here: the pain gives way to new life, which is perhaps suggestive of the “obtaining of salvation” (1 Thessalonians 5:9).

We are well practiced at skirting responsibility. That is one of the first things children learn to do (“It wasn’t me!”). As adults, we rationalize with phrases like “I didn’t mean to,” “I was just trying to protect you,” “the ends justify the means,” or “it doesn’t count unless you are caught.”

The anticipated “coming of Christ” places before us a temporal limit: a moment when we come face-to-face with Christ. There are, of course, other ways that we come face-to-face with Christ: when we encounter the stranger, for example, or when we prayerfully reflect on our lives in confession. But the coming of Christ holds us to a time that cannot be put off, when we will be called to accountability, when the labor pains come upon us, when it is revealed where we have sought peace and security.

Paul instructs the Thessalonians to “put on the breastplate of faith and love, and for a helmet the hope of salvation” (1 Thessalonians 5:8). Likening faith, love, and hope to the protective armor worn by Roman soldiers underscores their power. It does more, however. The protective armor signals to others, like a sports jersey, whom the person serves. In the case of a Roman soldier, it is the emperor. In the case of a Jesus follower in Thessalonica, faith, love, and hope identify them as serving the God of Jesus Christ.

Faith, love, and hope do not protect these Jesus followers from harassment (1 Thessalonians 1:6), but they do, says Paul, protect them from fear of the wrath to come (5:9). Wrath is not a word that we often associate with God, or the New Testament, but here it is. We can ignore it. Or, we can ask “what would so stir God’s indignation that it would reach the level of wrath?” It is a question worth asking, remembering always that our answer may not be the same as God’s—particularly if our answer makes us feel good.