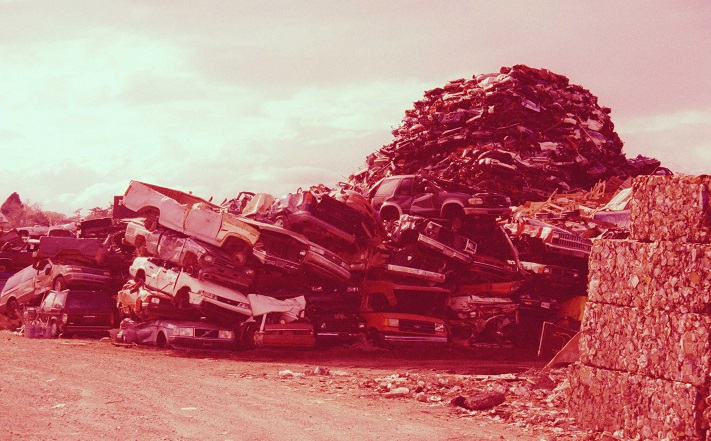 This week, the story of Hannah does much the same thing. Along with the book of Ruth, it provides the narrative ground for the tale that follows, the tale of Samuel and David and Solomon and the rest of the kings of Israel.

For those who have followed the semi-continuous or alternate Old Testament readings this year, these texts at the end of the liturgical year represent a circling back to the beginning. This series of readings began after Pentecost with the call of Samuel in 1 Samuel 3. Then the readings spent a long time on King David, his triumphs and his sins, and finally they moved to Solomon, his son, and some of the books traditionally ascribed to Solomon (Song of Solomon and Proverbs). After some time in Esther and Job, we circle back now at the end of the liturgical year to Ruth and Hannah, whose seemingly-insignificant domestic tales provide the framework for understanding the stories of Samuel, David, and Solomon.

If you are preaching on this story of Hannah, I would urge you to follow the suggestion of the lectionary and replace the appointed psalm with the song of Hannah in 1 Samuel 2:1-10. This song/psalm is part of the theological framing of the story. For that reason, I will focus in this commentary both on Hannah’s story and (briefly) on her song.

Hannah’s story
The story of Hannah begins, much as the story of Ruth does, with the mention of a man who will play a limited role in the tale that follows. Elkanah is notable for his love for Hannah but also for his inability to help her. When he does try to help, his words are ineffective: “Hannah, why do you weep?…Am I not more to you than ten sons?” (1 Samuel 1:8). One wonders whether it wouldn’t have been better to say, “Are you not more to me than ten sons?”

Of course, as anyone who has dealt with the profound pain of infertility knows, all words are insufficient. The preacher who preaches about Hannah (and the other barren women of the Bible) would do well to acknowledge that pain without trying to diminish it. Some women have experienced the miracle that Hannah and Sarah and Elizabeth experienced — children after long barrenness — but not all. There is a place in this story for lament.

But her vulnerability and her social status do not hold Hannah back. “Hannah rose and presented herself before the LORD” (1 Samuel 1:9). Hannah takes matters into her own hands and comes boldly to the sanctuary to pray. In fact, she prays with such fervor that Eli the priest thinks that she’s gotten into the communion wine and he rebukes her. (Apparently, the practice was to pray aloud, so Hannah’s silent prayer, along with her tears, is a sign to Eli that something is amiss — 1:13).

This bold prayer, like the psalms of lament, is based on the assumption that God hears, that God cares, and that God will respond. Such an assumption may be something that we take for granted, we who grew up singing “Jesus Loves Me.” But it is worth noting that it is still a radical assumption — that the God who created the universe cares about me and my troubles (1 Samuel 1:11). Prayer, honest prayer, is a bold thing to do, but over and over again, Scripture testifies that the life of faith is grounded in such boldness. “Ask, and it will be given you; search, and you will find; knock, and the door will be opened for you” (Matthew 7:7).

In response to Hannah’s prayer, Eli responds with this word of assurance: “Go in peace; the God of Israel grant the petition you have made to him” (1 Samuel 1:17). Elkanah’s words are insufficient. Eli’s first words are ignorant. This blessing, though, does what the earlier words could not — it assures Hannah of God’s faithfulness. And though nothing has changed about her outward circumstances, suddenly Hannah is comforted. As one of my students recently noted, Hannah — who could not in her sadness eat the double portion of food that her husband gave her (1:5, 8) — now goes home and eats and drinks, sad no longer (1:18).

This movement from sorrow to joy is the movement of the psalms of lament (see, for instance Psalm 22). Though nothing has changed in her outward circumstances, Hannah knows that God has heard her prayer, and that makes all the difference. Eli’s blessing is fulfilled by the birth of Hannah’s son Samuel, but the healing of her sorrow begins with the assurance that God has heard.

Hannah’s song
Hannah’s song in 1 Samuel 2 is a psalm of praise that finds echoes in the book of Psalms (Psalm 113) and in Mary’s song (Luke 1:46-55). Hannah praises God for God’s care for the downtrodden, the poor, the weak, and the vulnerable. In the song, the world’s expectations of “same old, same old” are upended and the world itself is turned upside down. The hungry are fed and the rich are made to work for their bread. The poor are lifted up and the powerful humbled.

What makes this song significant in its context is the way in which it looks both backward and forward. The mention of the barren woman who has borne seven children (1 Samuel 2:5) is, of course, germane to Hannah’s story. But it is also noteworthy that at the beginning of this book about flawed kings, the song ends by painting a picture of the faithful king.

Contrary to the world’s expectations, “not by might does one prevail” (1 Samuel 2:9), but by the power of God. God will give the people a king, but that king will succeed only insofar as he knows from where his authority comes: “The LORD will judge the ends of the earth; he will give strength to his king, and exalt the power of his anointed” (1 Samuel 2:10).

The last word of the song in Hebrew, meshikho (“his anointed”) is literally “his messiah.” The song ends by pointing unmistakably towards God’s anointed, David, whose story will occupy the rest of 1 and 2 Samuel. More importantly, the song points towards the promise made to David and to his descendants that God would “establish the throne of his kingdom forever” (2 Samuel 7:13), a promise that leads to the hope for a Messiah.

The story of Hannah, then, brings us full circle, back to the beginning of the story of the kings that has occupied our attention since Pentecost. But it also points us forward, to the celebration of Christ the King next week, and to Advent, when we will hear another young mother sing the song of Hannah:

My soul magnifies the Lord,
and my spirit rejoices in God my Savior,
For he has looked with favor on the lowliness of his servant….
He has filled the hungry with good things,
and sent the rich away empty.
He has helped his servant Israel,
in remembrance of his mercy,
according to the promise he made to our ancestors,
to Abraham and to his descendants forever. (Luke 1:46-48, 53-55)