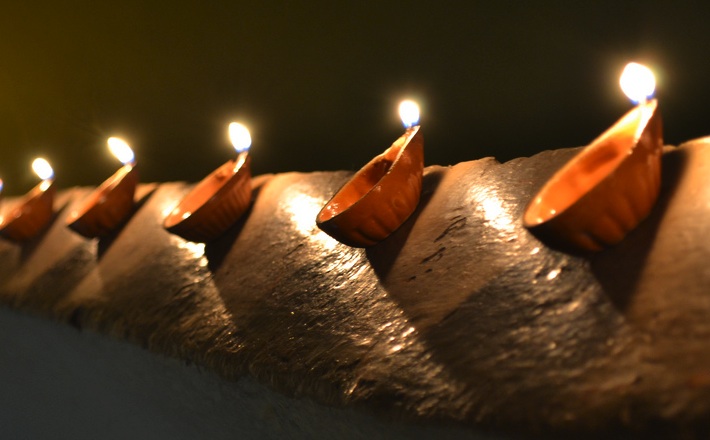 However, this one adds eleven verses from that chapter in Joshua, which does make a difference in the overall message of the text. Moreover, it is a chapter — and a message — worth repeating: that we are not compelled to choose God, but we can make a conscious choice to serve God, and God alone.

The major event in this chapter is a covenant made at Shechem, at the end of the conquest, when Israel is settled into the land. Joshua had previously built an altar and performed a covenant ceremony in Shechem (Joshua 8:30-35), but now Joshua involves the people such that the covenant is made after the people vow three times that they will serve God.

The chapter starts with Joshua remembering the people’s distant past, “long ago,” literally “from eternity,” when the Israelite’s ancestors lived in the land beyond the river, or the Euphrates. Instead of recalling the often invoked ancestors — Abraham, Isaac and Jacob — Joshua goes back even further, to Abraham’s father Terah. The punch-line for this past is that back then, they served other gods (24:2).

But God took Abraham from that place and led him into a new land. With God as the subject of those verbs (God took and God led), we might wonder how much choice Abraham had. He could, perhaps, have remained with his family, serving those other gods. Yet after Abraham’s experience, God became his God. And so too with the rest of the Israelites. The lectionary does not include verses 4-13, which recite the Israelites’ experience with God, but the memory of what God has done for them in the past is an important reason why they choose God in the present.

The lectionary picks up with verse 14, where Joshua urges the people to fear and serve the Lord. “Serve God” becomes the core refrain of Joshua’s message. He repeats the word twice in verse 14, and it appears three times in the subsequent four verses. Serving God means worshipping God alone and not other gods. Indeed, Joshua’s admonition to serve other gods includes instructions to “put away” those gods that their ancient ancestors served and that their more recent ancestors served in Egypt (Joshua 3:14).

But the semantic range of the Hebrew word ?abad includes both “worship” and “serve,” and in the book of Joshua it makes sense to translate — and understand — it as service because of its proximity to Exodus. The Israelites have been freed from slavery in Egypt, but their freedom is not absolute. Rather, they move from being Pharaoh’s servants to being God’s servants. Unlike the type of slavery and service they provided in Egypt, however, this time they must choose to serve God.

And Joshua presents this as a genuine choice, not something they are compelled to do. In fact, the Hebrew of Joshua 24:15 puts it starkly, “it may be evil in your eyes” to serve God! The NIV and NRSV soften the language, with the NRSV saying, “if you are unwilling,” and the NIV saying, “if it is undesirable to you,” but the ESV and the KJV present the difficulty more literally. Maybe it is not a good thing to serve God! Maybe it seems bad to serve God! Joshua ends the verse by presenting his own choice: he, and his house, will serve God.

Perhaps unsurprisingly in the light of Joshua’s rhetorical challenge, the people affirm that they will never forsake the Lord and serve other gods. But they are not only imitating their leader, because they have their own reasons. In verses 17-18, they recall what God has done for them in the past: bringing them and their ancestors up from Egypt out of slavery, doing great signs in their sight, protecting them along the way and among the people, and driving out the people in the land. Because of what God has done for them, they choose to serve God. And, in verse 18, they add another reason, “For he is our God.” This God they choose to serve is their own, personal God.

It seems unlikely that Joshua is merely practicing reverse psychology. Instead, Joshua is proving the people an opportunity to reaffirm their choice. They have already said, once, in verse 18, that they will serve God, but after Joshua’s rejoinder, they affirm it two more times in verse 21 and in verse 24. Their three-fold affirmation to serve God is followed by the official covenant making ceremony, writing down the words, and setting up a stone as a witness.

The gospel passage for today tells the parable of the watchful and the foolish virgins in Matthew 25, and the editing together of these texts suggests that maybe it is not enough to promise and make a covenant. We also must be watchful and keep awake, so that we can be ready to meet God, and in so doing, continue to choose again and again to serve God.