Photo by Jackson Simmer on Unsplash; licensed under CC0.
November 7, 2021 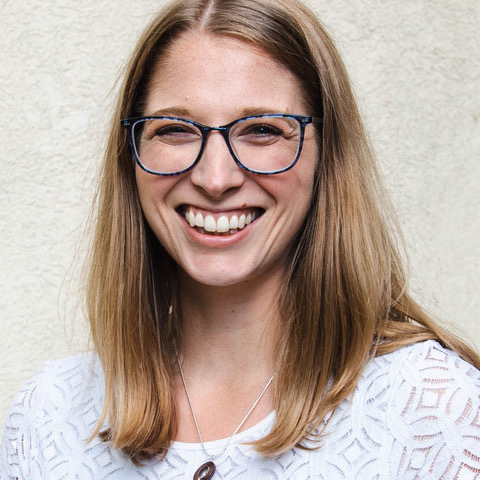 Hebrews can be overwhelming, and Hebrews 9, I think, is perhaps the most overwhelming chapter. The author weaves together so many aspects of the Levitical priesthood (or “cult”) seamlessly, and he moves from comparing the first covenant and the second covenant to contrasting it and back and forth, setting up this week’s reading in Hebrews 9:24–28.

In the verses just prior, the offering in view is the inauguration of the covenant in Exodus 24. When Moses sprinkles blood on the people and the tabernacle, he cleanses them, or more specifically, he consecrates them so that they can be a part of worship in the tabernacle. This is a special ritual that took place to signify the beginning of the sacrificial system which was a development in their relationship with YHWH. After this took place in Exodus 24, the cloud covered all of Mount Sinai as a visual representation that God was in their midst (24:15–18).

Throughout Hebrews a number of words are used to relate aspects of the earthly and the heavenly things, and in each instance, the heavenly is the “true” or “better,” while the earthly is the “sketch” or “shadow” or “representation.” Even so, despite this contrast between the two worship spaces, the words used to represent the earthly are not pejorative, especially within the author’s argument, because the earthly helps the people of God understand the heavenly. That is an important function. The earthly is a silhouette that shows us the shape of Christ’s offering.

Nevertheless, the selected portion of Hebrews focuses on the heavenly tabernacle. The author says that Jesus appears in heaven “on our behalf” (9:24). This is a picture of his mediation and intercession. But he does offer himself “again and again,” like the earthly high priests—who perform the Day of Atonement rites annually. They also, the author says, approach with the blood of another. The lives of animals are taken for the sins of the high priests and the people they serve.

In Hebrews 9:26, the author reiterates the contrast between the single offering of Christ and the many offerings of the Levitical priests, but this is not redundant. Here the emphasis is on the timing. Since his offering covers all sins for all of human history, if his offering had the same function as the Levitical offerings, then Christ would have to suffer repeatedly from the time of the fall until the end of days. In this case, Christ’s work would be reduced to his death. (The resurrection is after all one of the keys to his distinctive priesthood; see especially 7:23–28.)

But this is a counterfactual: what did not and will not take place. Jesus has offered himself once for all time and for all sins (7:26b).

The final two verses of this selection (7:27–28) must be taken together. Again, the author presents an important comparison between Jesus and his “companions.” He is a human, just as they are, and human beings only die once. Thus, not only is it not necessary for him to die again and again because his offering is effective, but also it is not possible. “Christ was sacrificed once to take away the sins of many” (7:27a).

But he will still come again. Here, in Hebrews 9:28, we have a succinct presentation of the doctrine of the parousia or “coming” of Christ. The author emphasizes that the sins of the people will not be addressed again; Christ did that. When Christ returns, he will “bring salvation to those who are waiting for him.”

This picture of the people waiting, emphasizing aspects of salvation that remain unrealized, complements what the author presents elsewhere. He describes them as those who are “made perfect” (10:14) and those who “have come” to “thousands upon thousands of angels in joyful assembly” (12:22). But Hebrews 9 presents them waiting.

What consumes our whole lives?

Praise of God is sometimes an act of discipline